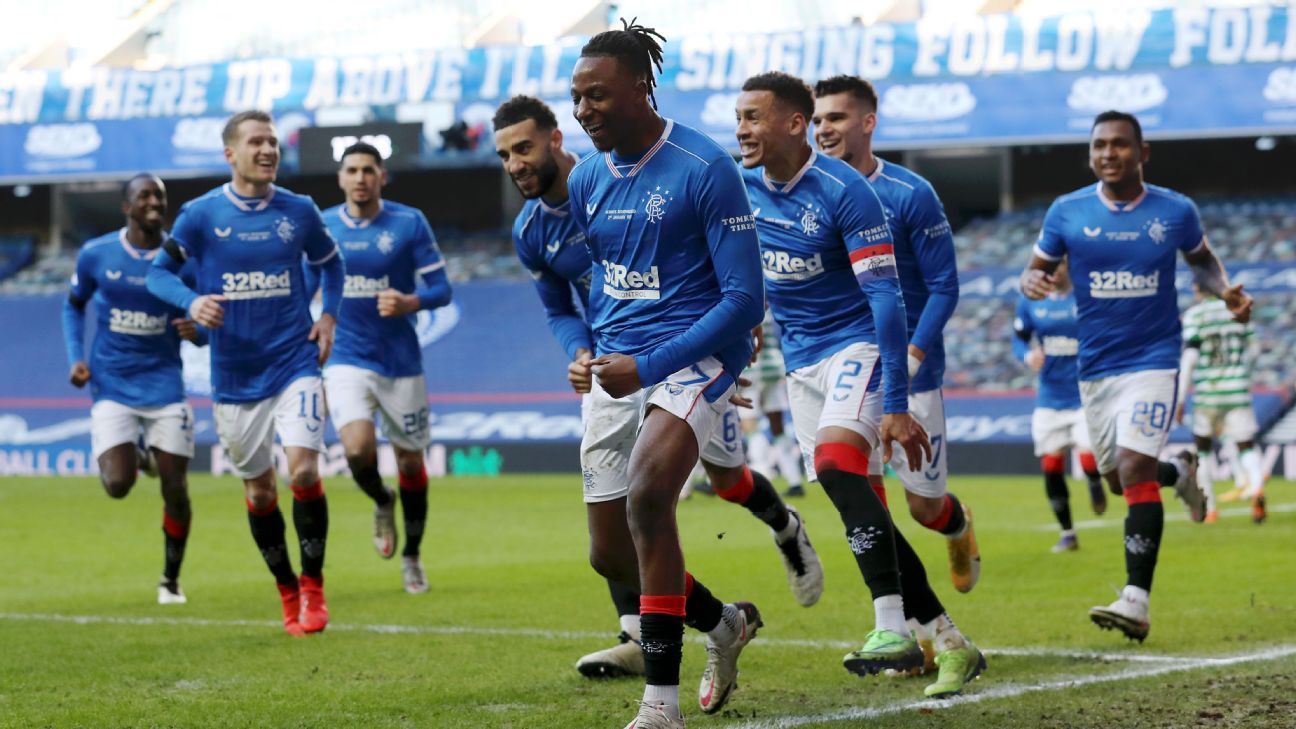 Rangers took all three points in their Old Firm derby against Celtic with a 1-0 win at Ibrox to move 19 points clear at the top of the Scottish Premiership.

Despite Celtic’s early dominance, Rangers were given a huge helping hand on 62 minutes when Nir Bitton was sent off for a professional foul on Alfredo Morelos.

Rangers opened the scoring eight minutes later when Celtic’s Callum McGregor put through his own net from a corner as he challenged Joe Arribo for the header.

Celtic were by far the better team in the first half as they dominated proceedings and Rangers goalkeeper Allan McGregor produced a superb performance to keep the game at 0-0.

But the game changed with the red card as Britton hauled down Morelos as the Rangers striker went through on goal.

Despite winning the game 1-0, Rangers failed to register a single shot on target as they profited from an own goal.

Steven Gerrard’s side held on to open up a seemingly insurmountable lead at the top, though Celtic — who have won the last nine Scottish league titles — have three games in hand.

The result continues Rangers’ incredible home record with their 11th consecutive victory, having conceded just once.