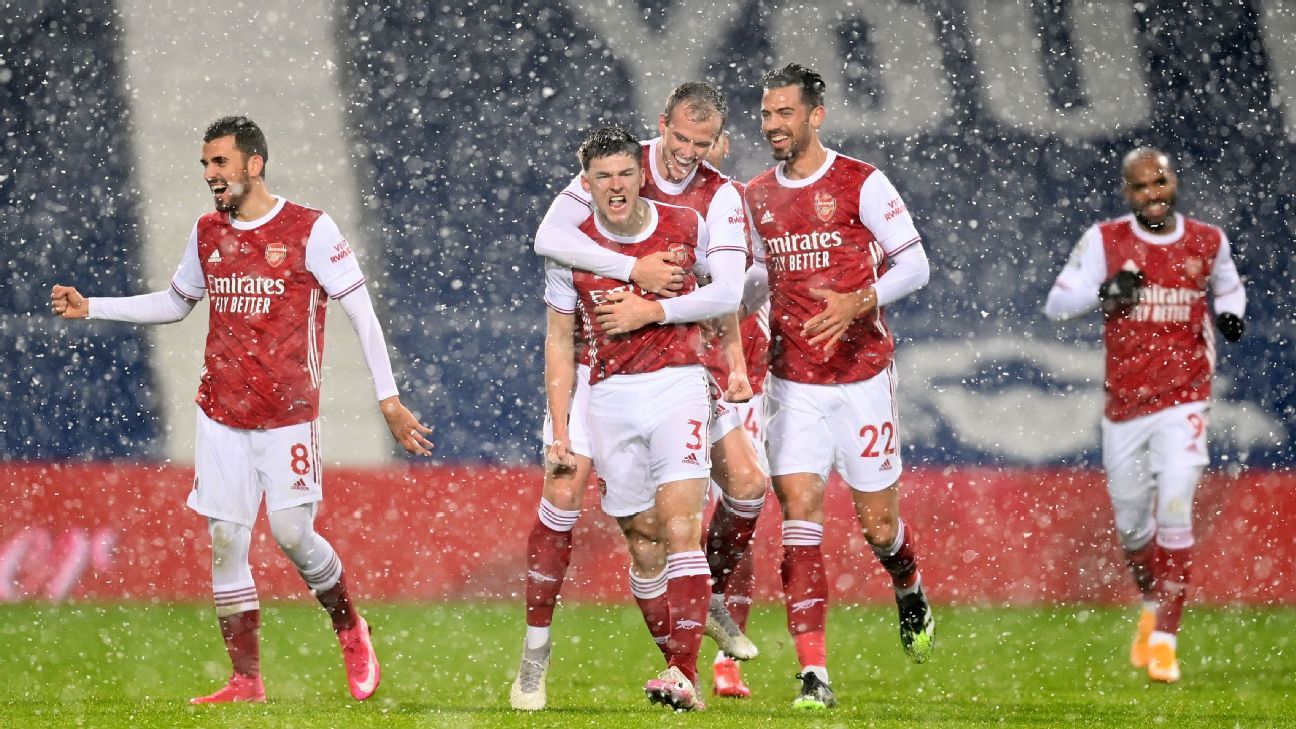 Arsenal pulled off a classy win over West Bromwich Albion on a snowy Saturday night at The Hawthorns for their third Premier League victory in a row.

Kieran Tierney and Bukayo Saka scored first-half goals for Arsenal and Alexandre Lacazette added two in the second to give Mikel Arteta an easy three points to close out their festive season.

The Gunners took the lead just past 20 minutes through Tierney, who beat his defender twice, cut into the penalty area and smashed an unstoppable strike past West Brom’s Sam Johnstone to put his side in front.

An elegant team move saw Arsenal double their lead minutes later when Emile Smith Rowe squared for Saka to finish off a sequence he helped start on the edge of the attacking third.

Lacazette nearly made it 3-0 just before half-time, but Johnstone stood his ground on the Frenchman’s shot from a tight angle to keep West Brom’s deficit at two at the break.

Saka was at it again in the second half to help Arsenal find their third goal on 60 minutes. After blowing past his marker, he crossed into the area and following a bizarre sequence of rebounds the ball fell to Lacazette to side-foot home.

Lacazette struck again soon after on a counter-attack when he reacted quickly to redirect a pinpoint cross from Tierney to put Arsenal four goals to the good.