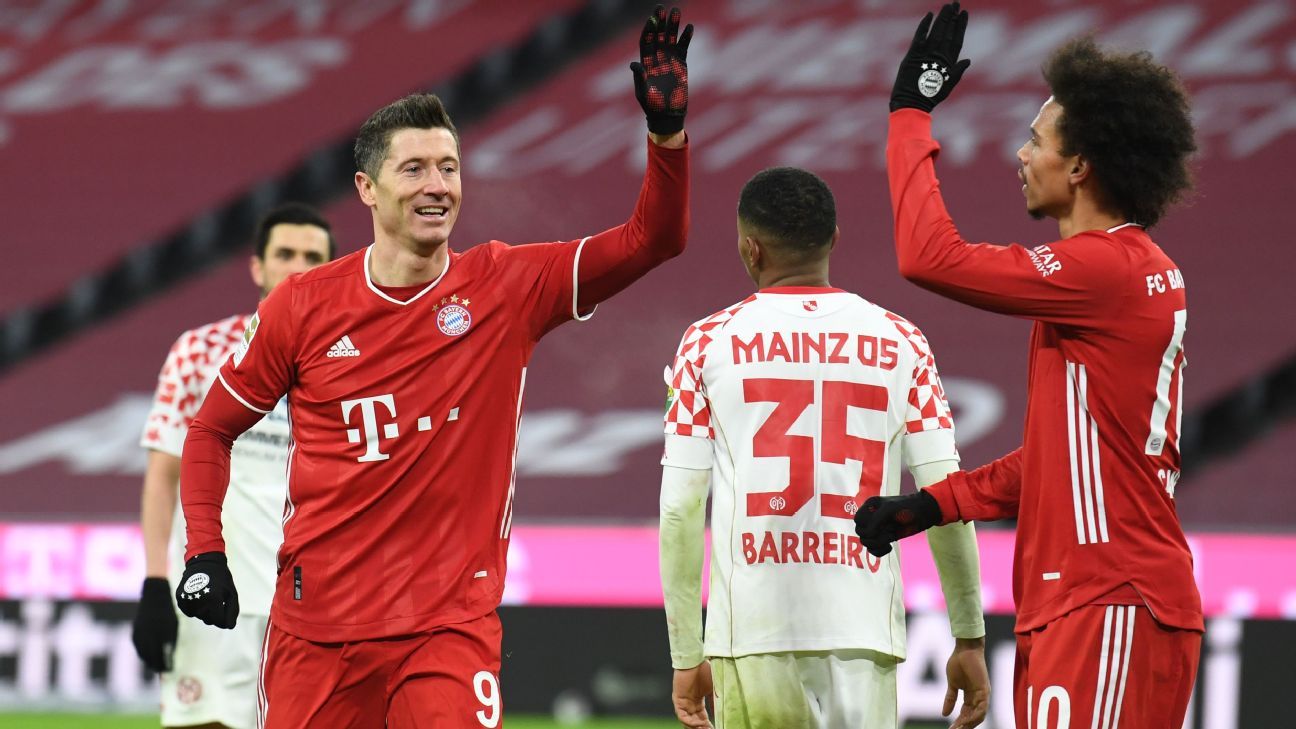 Bayern Munich returned from the two-week long Christmas break looking rusty before they fired on all cylinders as they fought back from two goals down to beat second-bottom Mainz 5-2 in a rip-roaring Bundesliga contest on Sunday.

The result left Bayern on 33 points from 14 games, two more than second-placed RB Leipzig who were 1-0 winners at Vfb Stuttgart on Saturday.

The German title holders trailed 2-0 at halftime before they looked the part as Robert Lewandowski continued his scoring run with a late brace which took his tally to 22 goals in all competitions.

Jonathan Burkardt fired Mainz ahead against the run of play with a superb finish from 15 metres after he shook off Jerome Boateng and Alexander Hack made it 2-0 with a thumping header from Daniel Brosinski‘s cross.

Danny Latza missed a gilt-edged chance to add a third for Mainz shortly after the break when his shot was pushed on to the post by Bayern goalkeeper Manuel Neuer and the visitors were swiftly punished as the home side hit top gear.

Joshua Kimmich pulled one back with a close-range header as Lewandowski nodded a Serge Gnabry cross into his path before Leroy Sane equalised with a scorcher from 20 metres into the bottom right corner.

The visitors again came agonisingly close to stunning Bayern as Robin Quaison rattled the underside of the bar with a long-range thunderbolt and once again ruthless Bayern took advantage instantly.

Halftime substitute Niklas Suele turned the tide when he volleyed home from inside the area through a forest of bodies before Lewandowski forced Mainz into submission.

The winner of the 2020 FIFA Best Player award converted a penalty after Leandro Barreiro brought down Gnabry with a late tackle and then bundled in a Thomas Mueller cross as Mainz collapsed in the final 20 minutes.

Earlier on Sunday, Borussia Dortmund broke back into the top four after goals from Manuel Akanji and England forward Jadon Sancho gave them a 2-0 home win over sixth-placed Wolfsburg.