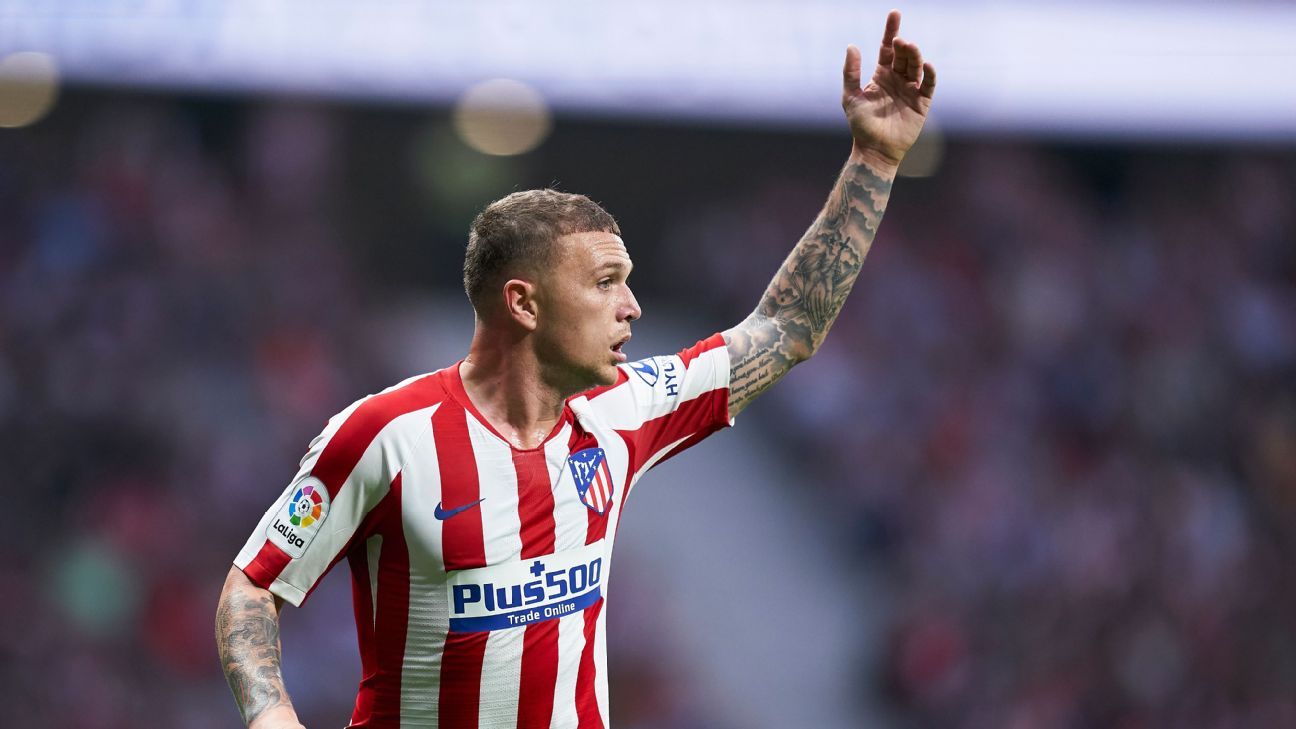 Tripper was fined £70,000 pounds by England‘s FA and suspended for 10 weeks from Dec. 23 for four breaches of a rule which prevents players from providing information to others on their position which is not available to the public at the time.

The England defender, 30, who joined Atletico from Tottenham Hotspur in July 2019, has said he did not place any bets or profit from bets placed by others.

Tripper, who had played in all of Atletico’s La Liga and Champions League games this season before the ban was announced, was forced to miss his team’s 1-0 win over Getafe on Wednesday. He has also been left out of the squad for Sunday’s trip to Alaves.

Ten Hag: Ronaldo didn’t tell me he wants out
Sources: Tottenham close to deal for Udogie
Real rally past promoted Almeria to start LaLiga
LaLiga 2022-23 preview: Will Barcelona topple Real Madrid? What to watch for ahead of new season
MLS beats Liga MX but All-Star Game a win for both leagues