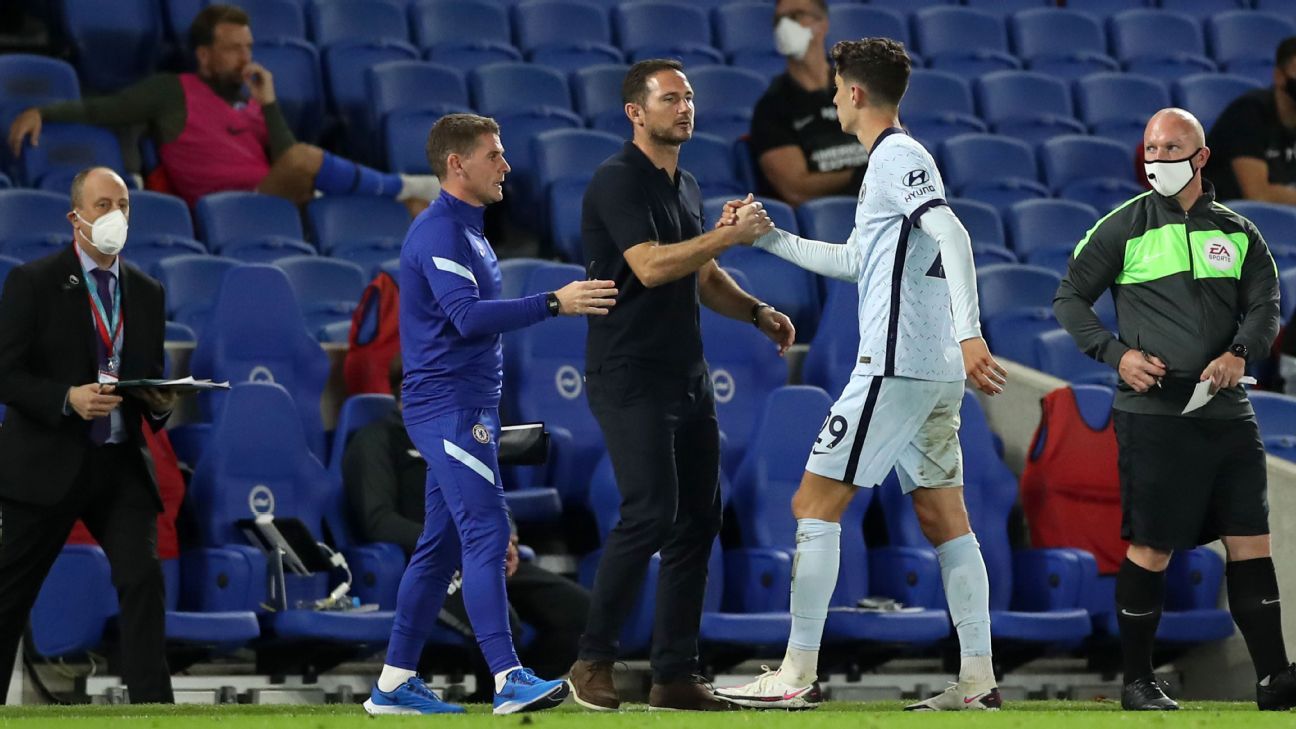 When Chelsea signed Timo Werner (£47.7m) and Kai Havertz (£71m) for a combined £118.7m last summer, it was clear the club were making a long-term investment in the future. At 24 and 21, respectively, the two German forwards arrived at Stamford Bridge with only bright things ahead of them, and Chelsea overcame competition from Europe’s top clubs to get the deals done.

It was a similar story with Hakim Ziyech (£36m from Ajax), Ben Chilwell (£50m from Leicester) and Edouard Mendy (£22m from Rennes). Chelsea spent big in the build-up to the 2020-21 season because they not only wanted, and needed, to strengthen manager Frank Lampard’s squad, but because billionaire owner Roman Abramovich and executive director Marina Granovskaia were determined to future-proof the team and ensure that the club could compete for major honours for the next 5-10 years.

Planning ahead is the basic principle of any smart business and Chelsea have always done deals with at least one eye on the future ever since Abramovich bought the club in 2003. His approach has always been fairly simple: buy the top players, then leave the manager to get the best out of them and deliver a return on the investment in the form of major trophies. And as 2021 marks the 18th year of the Abramovich era at Chelsea, nothing has changed, which is why Lampard will know that the heat is on to meet the standard set by the club’s demanding Russian owner.

No Chelsea manager appointed by Abramovich has been in charge for longer than two seasons without winning a trophy, putting Lampard under pressure before a ball had been kicked this campaign following the failure to win silverware during his first year in the job. But sources have told ESPN that Lampard may yet become the first manager to break that cycle if he does not win a trophy this season.

Abramovich and Granovskaia understand the club is in a transitional period and that the man who enjoyed huge success as a Chelsea player is making the team younger and hungrier by giving chances to the likes of Mason Mount, Tammy Abraham and Billy Gilmour. However, take away his status as a Chelsea legend, which has afforded Lampard the patience that others would not have had, and his results so far have actually been below par. His team start 2021 outside the top four, having lost three of their last five Premier League games, and as Abramovich has shown in the past, if a team is not performing to his high standards, it is the manager who pays the price rather than the players.

If Lampard is to survive and prosper as Chelsea manager, he needs to deliver better results and better performances from his expensive players. There can be no escaping the fact that Lampard is failing to make the Werner and Havertz signings work, and that does not bode well for the 42-year-old. The immediate challenge is to find a way to get Werner scoring again and settle on a suitable role for Havertz, who has looked lost in a Chelsea shirt so far.

Werner has scored just four Premier League goals in 16 appearances to date and hasn’t scored any in his last 12 appearances for the club in all competitions. Lampard has deployed him through the centre and out wide, but nothing appears to be working and Werner’s confidence is diminishing with every game. He was taken off after just 45 minutes of the 3-1 defeat at Arsenal and dropped to the bench for Monday’s 1-1 draw against Aston Villa, so he can’t be assured of a starting spot against Manchester City on Sunday.

Were it not for Olivier Giroud scoring eight goals in his last eight games, the spotlight on Werner’s failings would be even more intense. Giroud, who Chelsea were prepared to let go last January, has saved his team and manager from some serious scrutiny with his performances in recent weeks.

Yet while Werner is clearly struggling, Havertz is having an even worse time than his Germany teammate. His inexperience is a factor and Havertz needs time to adjust to English football, but when you are signed for £71m, patience is in short supply.

Lampard appears not to know how to use Havertz. The youngster was played on the right by Leverkusen and admits to preferring the role of a No. 10, but he has not clicked in Lampard’s system, where he even played as a central forward in the early-season defeat against Liverpool.

What happens next is a test of Lampard’s coaching and managerial skills. In his first job at Derby and in year one at Chelsea, he succeeded by giving young players a chance and allowing the more senior professionals to do what has always served them best. But he is now being expected to raise the bar and prove that he can work with top-quality stars as well as youngsters. If he fails, history shows that another manager will soon be asked to take on that same task.