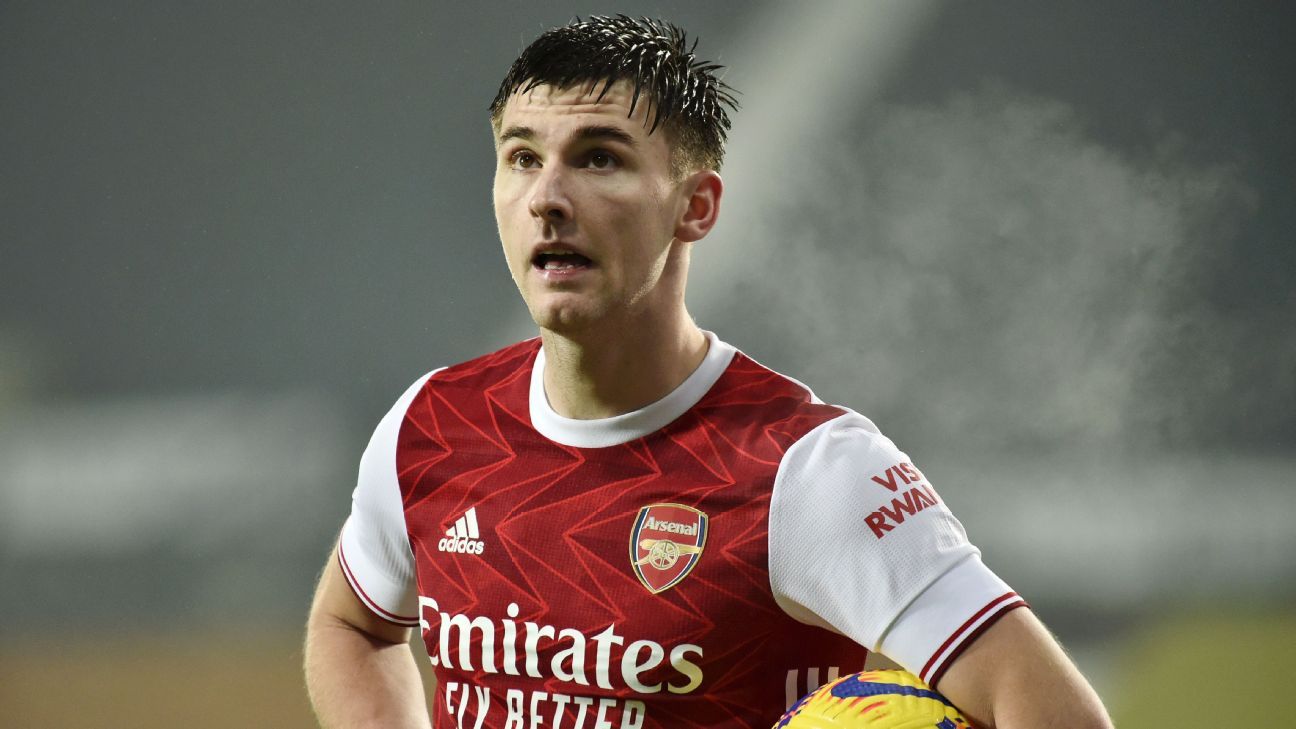 Arsenal manager Mikel Arteta has called Kieran Tierney a “natural leader” and potential future captain, after the Scotland international scored a goal and set up another in Saturday’s 4-0 Premier League win at West Bromwich Albion.

Tierney, who has started 16 of Arsenal’s 17 league matches this season, curled in his second goal for the club in the first half before setting up Alexandre Lacazette as the side won their third straight game in the competition.

Asked by reporters if the 23-year-old Tierney could be a future Arsenal skipper, Arteta said: “I think he can be, because he has the respect and the admiration of every member of the staff and every player.

“It’s just the way he is, he does it in a natural way. He’s a shy boy but I think he represents all of the values we want to install and that are in the DNA of this club.

“He came here and it took him a while, he had a really bad injury… but he’s a natural leader. You see how he behaves on that pitch, and when he talks he says the right thing and it’s exactly what we’re looking for.”

Arteta also said he would speak with Lacazette in the summer about a contract extension into the final 18 months of his deal.

“I’m delighted with the way he’s performing, the goals he’s scoring and the form and energy he’s got at the moment, so he needs to keep doing that,” Arteta said.