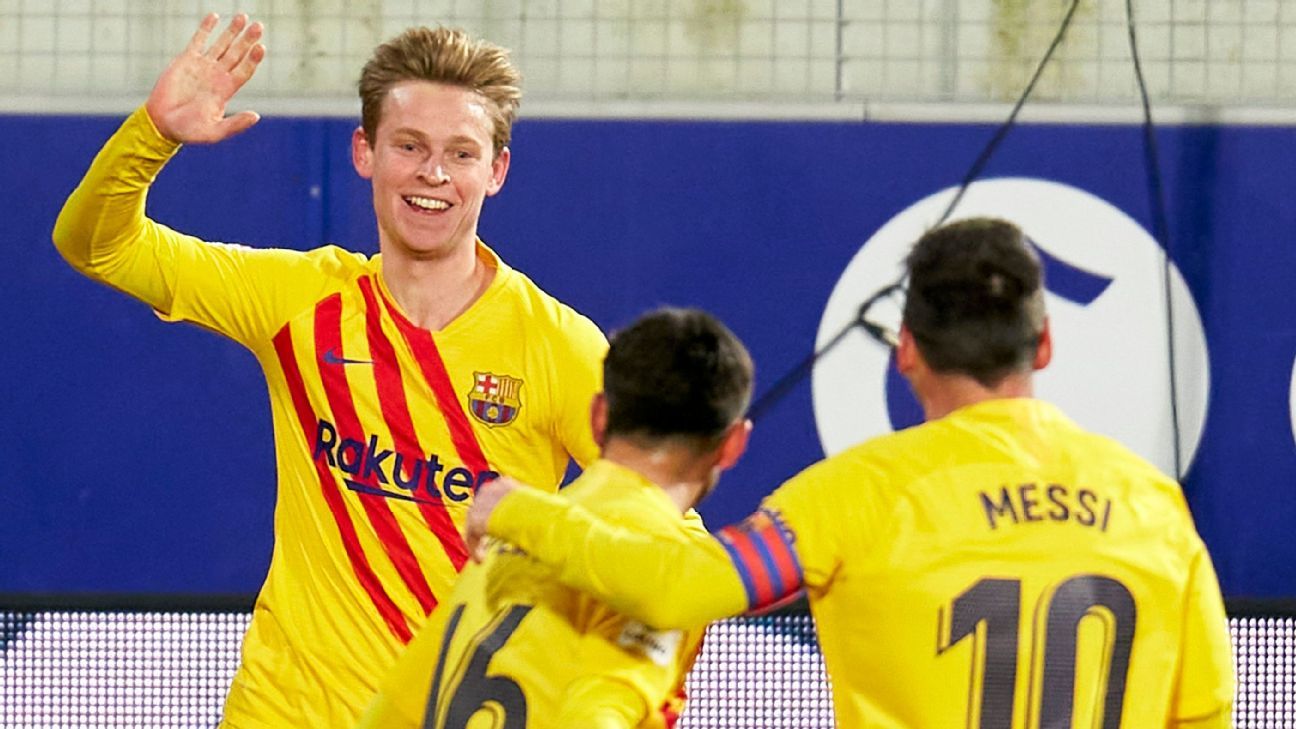 Barcelona moved to fifth place in La Liga with a victory at Huesca on Sunday.

Frenkie de Jong scored in the 27th minute for Ronald Koeman’s side, who are now unbeaten over their last six matches.

– Stream ESPN FC Daily on ESPN+ (U.S. only)
– What did you miss? The latest from Europe’s top leagues

Lionel Messi provided the assist on the Dutchman’s goal, giving him 200 for his Blaugrana career.

Barca now have 28 points from 16 matches, one behind fourth-placed Villarreal and 10 behind table-toppers Atletico Madrid who still have a game in hand.

Huesca sit bottom of the table with 12 points after 17 matches.

The Catalans next face Athletic Bilbao on Wednesday, while Huesca will host Real Betis on Jan. 11.