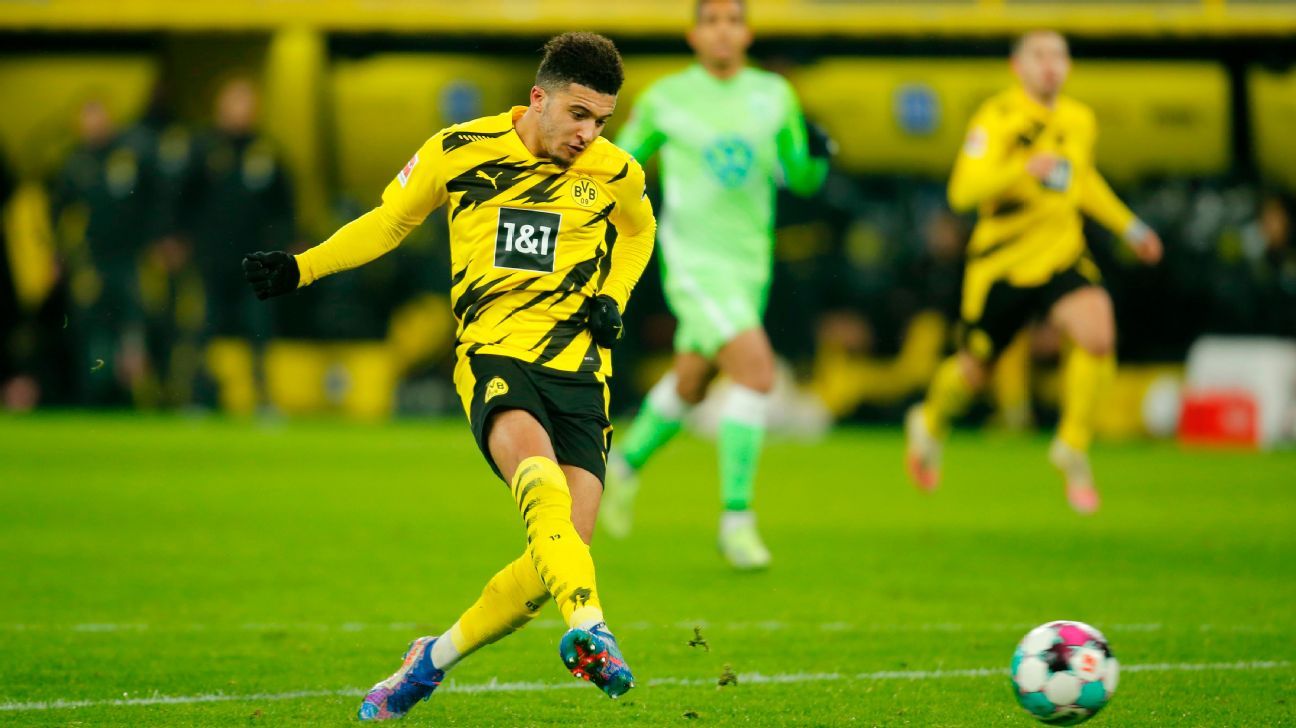 Borussia Dortmund CEO Hans-Joachim Watzke has said he feared that Jadon Sancho had “subconsciously” left the club after being linked with a move to Manchester United in the summer.

Sancho, 20, was one of the star players in the 2019-20 Bundesliga season when he scored 17 goals and set up a further 17 for BVB as they finished runners up behind Bayern Munich.

The England international’s impressive campaign saw him linked with a move to Old Trafford last summer but United were not prepared to meet Dortmund’s asking price of €120 million. Sources told ESPN that United offered €95m for Sancho but he remained at the Bundesliga club where his contract expires in 2023.

He struggled during the early stages of this season and went without a Bundesliga goal until Sunday when he finally ended his goal drought of 1,298 minutes in a 2-0 win against Wolfsburg.

Speaking to kicker, Dortmund CEO Watzke said that Sancho’s dip in form could be linked to the summer transfer saga.

“It was signalled that the fee offer would be paid in instalments over several years,” Watzke said. “It was all a theoretic discussion from then on.

“Maybe Jadon had subconsciously prepared for a move a bit. I believe he at least thought about it that much that he lost a bit of his ease, but for weeks now I found him trying very hard.

“I think he needs two, three goals and this could boost his form straight away. He still is one of the greatest talents there is.”

In November, Sancho admitted that he had experienced a “hard” spell at the start of the campaign after being linked with a move to the Premier League.

Sancho has contributed five goals and nine assists across all competitions, having previously scored twice in both the Champions League and the DFB-Pokal.