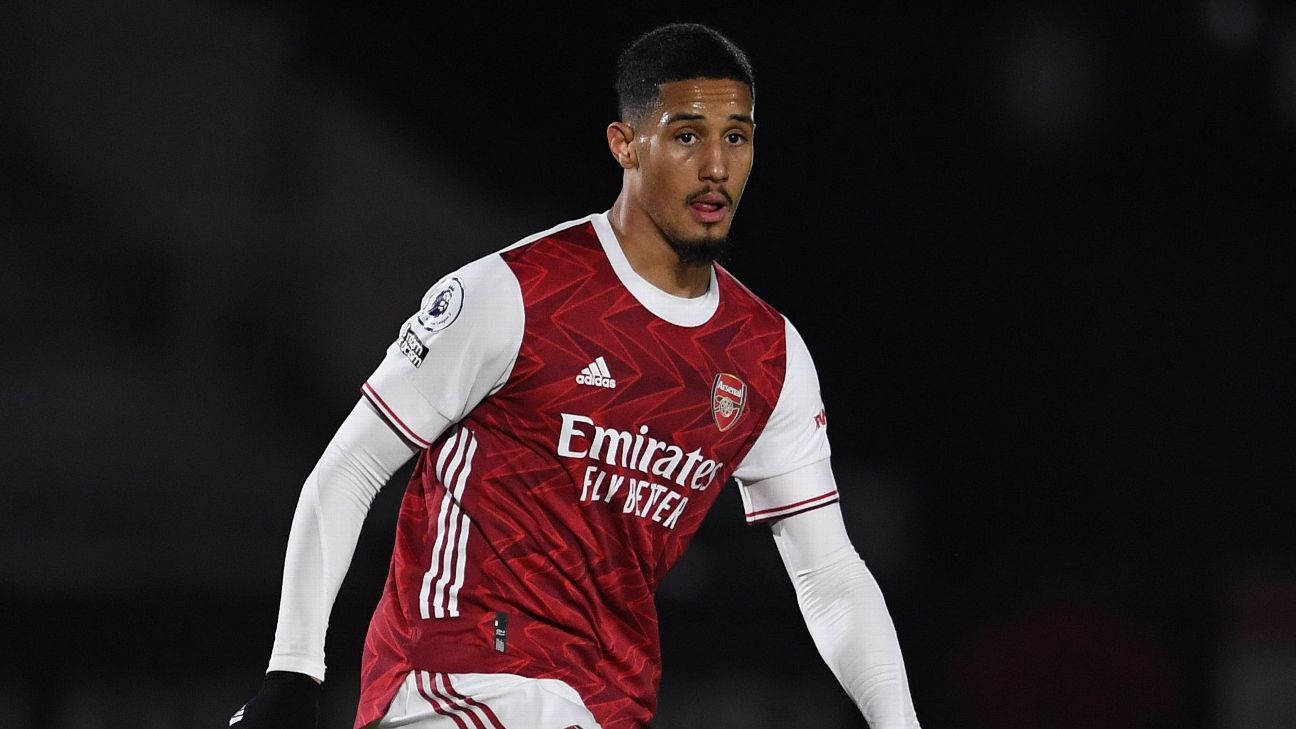 Arsenal defender Willian Saliba is set to join Nice on loan until the end of the season, sources have told ESPN.

Negotiations are at an advanced stage with the Ligue 1 club unlikely to pay a loan fee but expected to cover Saliba’s wages, worth in the region of £40,000-a-week.

Nice will not have an option to buy Saliba as Arsenal view the 19-year-old as an exciting prospect for the future but manager Mikel Arteta and his coaching staff believe he needs regular game-time elsewhere to toughen him up for Premier League action.

The centre-back is yet to make a senior appearance following his £27 million move from Saint-Etienne in July 2019 when Arteta’s predecessor Unai Emery was in charge.

Saliba was loaned back to the Ligue 1 club for the 2019-20 campaign but returned to London last summer in anticipation of beginning his Arsenal career.

However, Saliba was subsequently not registered for either Premier League or Europa League football this term with sources having told ESPN that Arteta and his staff harbouring concerns over his positioning and tendency to dive into tackles.

A second loan spell back at Saint-Etienne collapsed at the 11th hour in September due to an issue with paperwork and he was subsequently linked with several Championship clubs but a deal failed to materialise.

Although there are staff members at the club who believe Saliba would benefit from a spell in a league as fiercely competitive as the Championship, ESPN revealed on Dec. 4 that Saliba preferred a move back to France.

He has struggled to settle in England after a difficult year in which he has suffered with off-field issues but signed a deal with a Arsenal to 2024 and remains focused on making a success of himself at the club in the years to come.