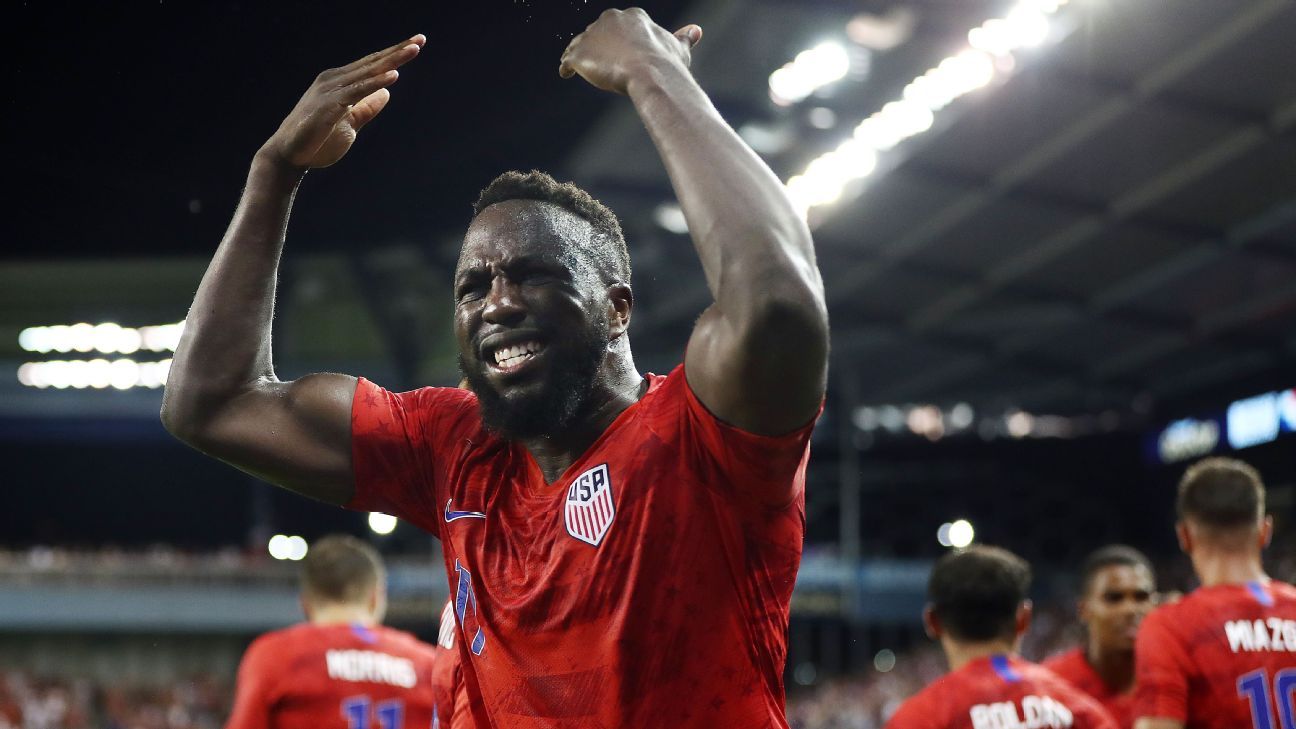 Jozy Altidore, Jordan Morris and Walker Zimmerman are among the U.S. national team players who will take part in the annual January camp at the IMG Academy in Bradenton, Florida, U.S. Soccer announced on Tuesday.

The camp, set to begin on Jan. 9, will be comprised of two rosters, with 12 players gathering under U.S. manager Gregg Berhalter and another 26 Olympic-eligible players looking to impress U.S. Under-23 manager Jason Kreis. The senior team group, all of whom are aged 24 and older, will train alongside the U23s through Jan. 24, at which point several U23 players will be elevated to the full national team roster in advance of a planned match at the end of the month. One report has the U.S. facing Serbia in Orlando on Jan. 31.

The U.S. is looking at a packed schedule in 2021, with Olympic qualifying, the finals of the CONCACAF Nations League, the CONCACAF Gold Cup and World Cup qualifying all on the calendar. The camp will give Berhalter and Kreis an extended period to look at their respective players and gauge the depth of the player pool.

“This is an important year for our national team programs, and we are looking to maximize every possible opportunity,” Berhalter said. “For the senior team players, this is an opportunity to continue to develop as a group and build on the foundation of a busy and challenging year. Being alongside our U23 team gives that group a chance to prepare for Olympic qualifying while further integrating into our culture and game model.”

The camp for the U23s marks the first get-together since the suspension of the CONCACAF U23 Olympic qualifying tournament last March due to the COVID-19 pandemic. The tournament is expected to be rescheduled for this March, making it likely that this camp will be the final time that Kreis will be able to assess his group of players.

“With Olympic qualifying approaching quickly, this training camp is a great opportunity to prepare ourselves and evaluate some new faces,” Kreis said. “While 2020 was a very challenging year, it was impressive to see so many U23-eligible players make major strides on the field. Some of them have been involved with the senior team over the last few months and it’s exciting to now get our players and staff back together in camp alongside Gregg and his group as we prepare for a very important qualifying tournament.”

Of the 26 U23 players brought in, eight of them — defenders Julian Araujo, Miles Robinson and Sam Vines, midfielder Jackson Yueill and forwards Jeremy Ebobisse, Jesus Ferreira, Jonathan Lewis and Djordje Mihailovic — have been capped at senior level.