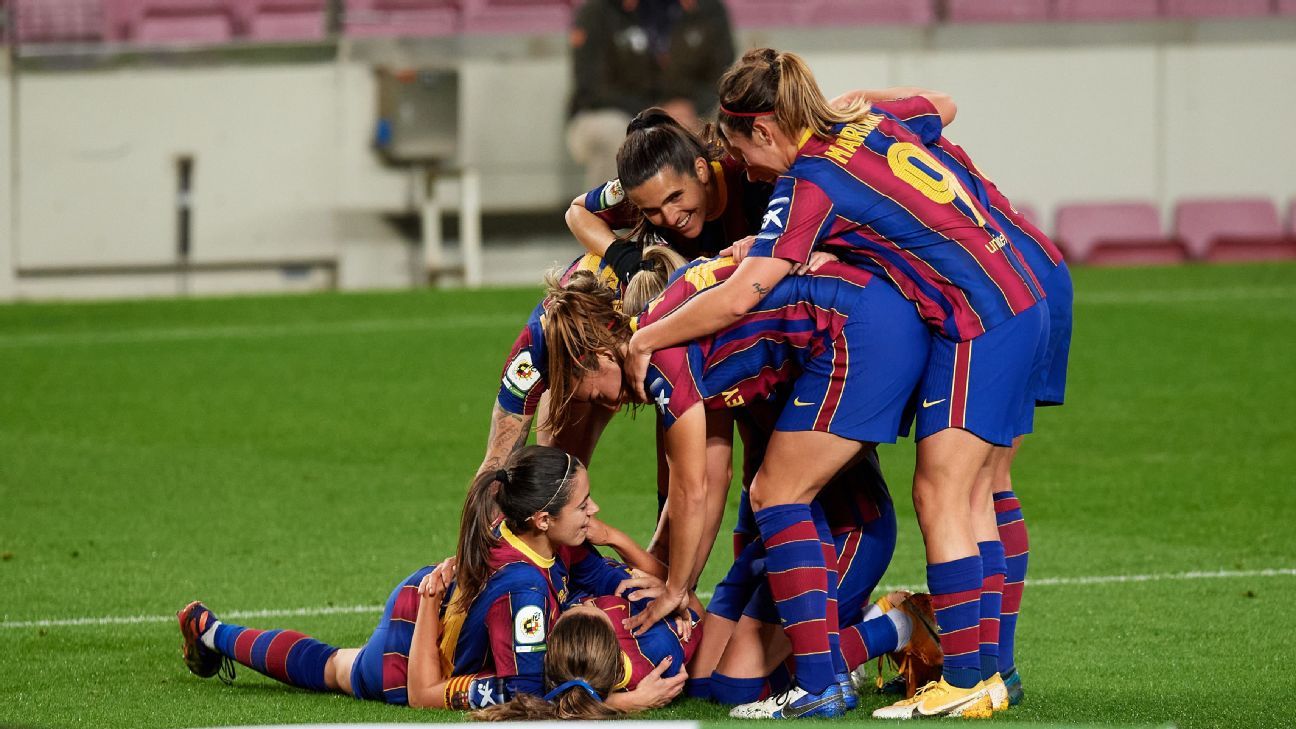 Barcelona’s women’s team celebrated playing a competitive game at Camp Nou for the first-ever time by beating Espanyol 5-0 on Wednesday.

In the first women’s game played at Barca’s 100,000-seater stadium in 50 years, Lluis Cortes’ side steamrolled their city rivals to make it 11 wins from 11 games in the league this season.

Espanyol defended valiantly in the first half, but their resistance was finally broken in the 45th minute when Alexia Putellas made history by heading home a corner to become the first player from the women’s team to ever score at Camp Nou.

With the deadlock broken, Barca found things easier after the break. Marta Torrejon made it two early in the second half and Melanie Serrano added the third with a volley from the edge of the box.

Substitute Lieke Martens headed in the fourth with 20 minutes to go and Ana Crnogorcevic completed the rout late on.

Barca top the table with 33 points, two clear of Real Madrid but with three games in hand. They have scored a staggering 62 goals and conceded just two.

They usually play their home games at the newly-built Johan Cruyff stadium at the Catalan club’s out-of-city training base, but faced Espanyol at Camp Nou to mark the 50th anniversary of the last women’s game played there.

On Dec. 25, 1970, a team known as Seleccio Ciutat Barcelona, who would eventually evolve into the current Barca side, played out a goalless draw in a friendly against Unio Esportiva Centelle.

That game was watched by 60,000 fans, although Sunday’s match was played behind closed doors due to the coronavirus pandemic.