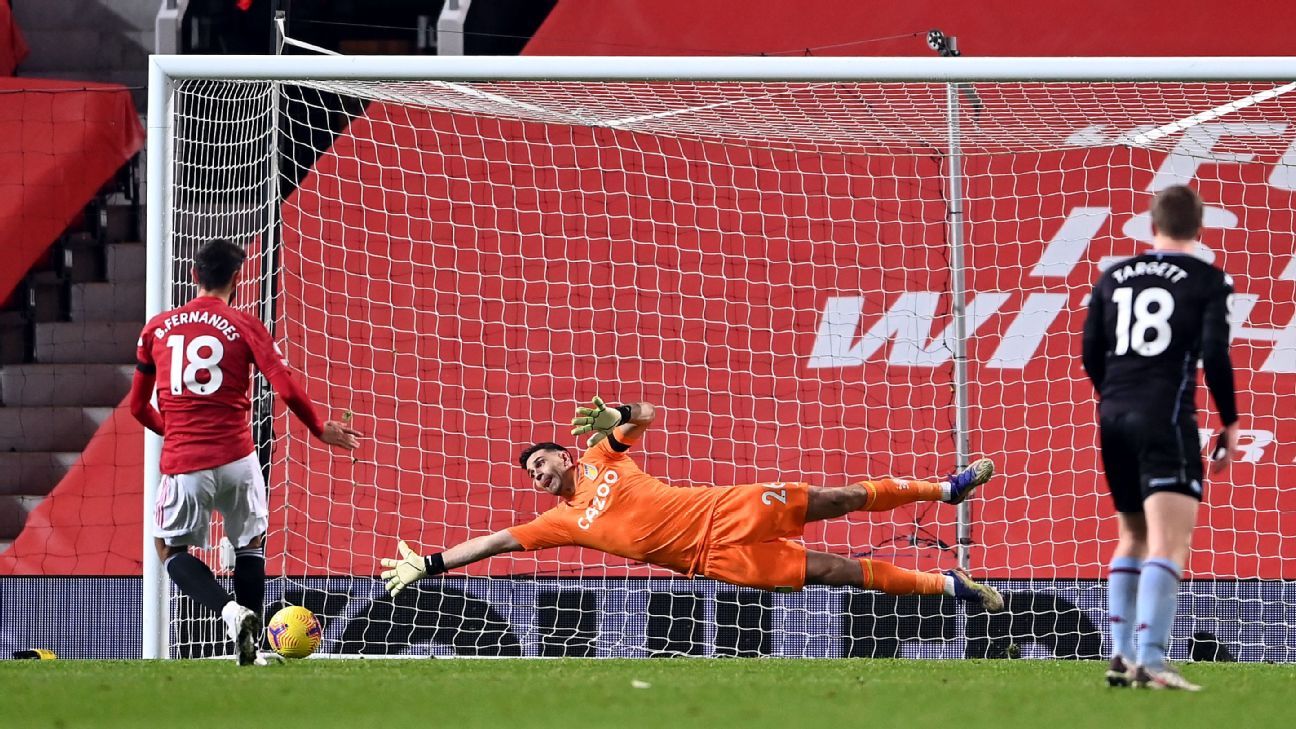 Klopp said after the game that Liverpool should have been awarded two penalties and suggested United may have been more likely to get the decisions.

Klopp is the latest manager, after Jose Mourinho and Frank Lampard, to highlight the number of penalties awarded to Ole Gunnar Solskjaaer’s team.

“I can’t talk on behalf of other managers, why they say things like this,” Solskjaer told a news conference on Monday.

“I felt it worked last year in the semi in the FA Cup because Frank [Lampard] spoke about it and we had a nailed on penalty that we should have had that we didn’t get so maybe it’s a way of influencing referees. I don’t know, but I don’t worry about that. When they foul our players it’s a penalty.”

Klopp’s observation that United have had “more penalties in two years than I had in five-and-a-half-years” also prompted Solskjaer to reference former Liverpool boss Rafael Benitez’s famous “facts” rant at Sir Alex Ferguson when the two teams were battling for the title in 2009.

The stats show that since Solskjaer took charge at Old Trafford in December 2018, United have been awarded 42 penalties in all competitions compared to Liverpool’s 19.

This season in the Premier League, United — level on points with Liverpool at the top of the table with a game in hand — have been awarded six penalties to Liverpool’s five while Leicester have won 10.

Sources have told ESPN the FA will not take any action over Klopp’s comments.

“I don’t know how many penalties they [Liverpool] have had,” Solskjaer said.

“I don’t count how many penalties they have, so if they want to spend time worrying about when we get fouled in the box, I don’t spend time on that.”

Solskjaer is still fighting on four fronts heading into the second half of the season and despite the transfer window opening on Jan. 1, he said he wants to keep hold of fringe players like Jesse Lingard to help navigate a hectic schedule between now and May.

“This season is going to be about the squad and rotation and to have the right players playing at the right time,” Solskjaer added. “Say Jesse [Lingard], say players who haven’t played as much, now they have got to be ready when they have got the opportunity.

“You see Eric Bailly who has come in and has done brilliantly. He has had injuries and niggles but you have to train well and that is the work that the coaches are doing on the training pitch and the players are putting in the work as well.