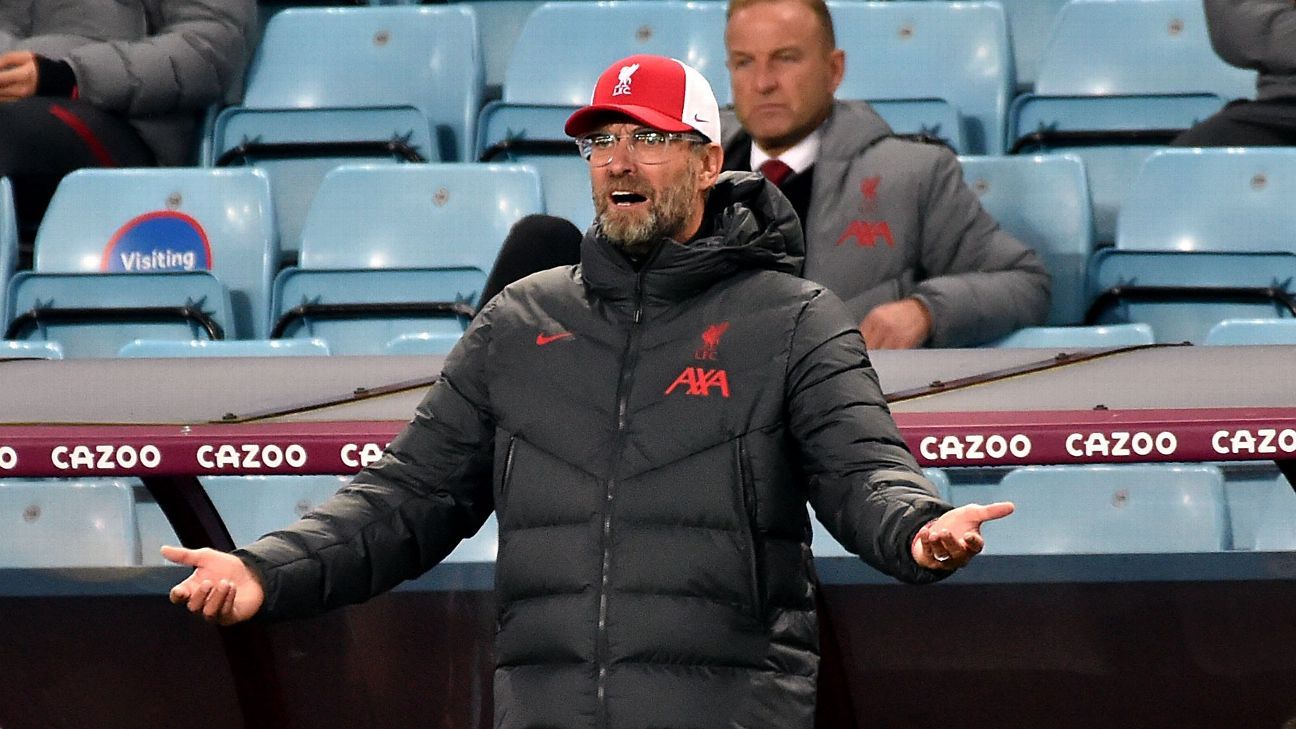 Aston Villa‘s FA Cup third round clash with Liverpool on Friday will be called off if manager Dean Smith is unable to field 14 fit players after the club reported a “significant coronavirus outbreak” at their training ground.

Villa, who beat Liverpool 7-2 at Villa Park in the Premier League earlier this season, are due to host Jurgen Klopp’s team in one of the outstanding ties of the round.

But the fixture is now in doubt, with Villa facing the prospect of having to forfeit the tie completely if they cannot meet the Football Association’s minimum requirement of 14 fit players — including youth-team players — in order to play the Premier League champions.

In a statement, Villa said: “Aston Villa can confirm that the club has closed its Bodymoor Heath training ground after a significant coronavirus outbreak.

“A large number of first team players and staff returned positive tests after being routinely tested on Monday and immediately went into isolation.

“A second round of testing was carried out immediately and produced more positive results today.

“First team training ahead of tomorrow’s FA Cup match with Liverpool was cancelled.

“Discussions are ongoing between medical representatives of the Club, the Football Association and the Premier League.”

Due to an escalating rate in COVID-19 infections in the UK, Southampton‘s third round tie against Shrewsbury on Saturday has already been postponed because of an outbreak at the EFL League One club.

Attempts are being made to find another date to play the game before the cut-off point of Jan 23 — the date of the fourth round.

The congested fixture list has left Villa with little scope to rearrange the Liverpool game, though, due to the Birmingham-based club not having a spare date on their calendar between now and Jan 23.