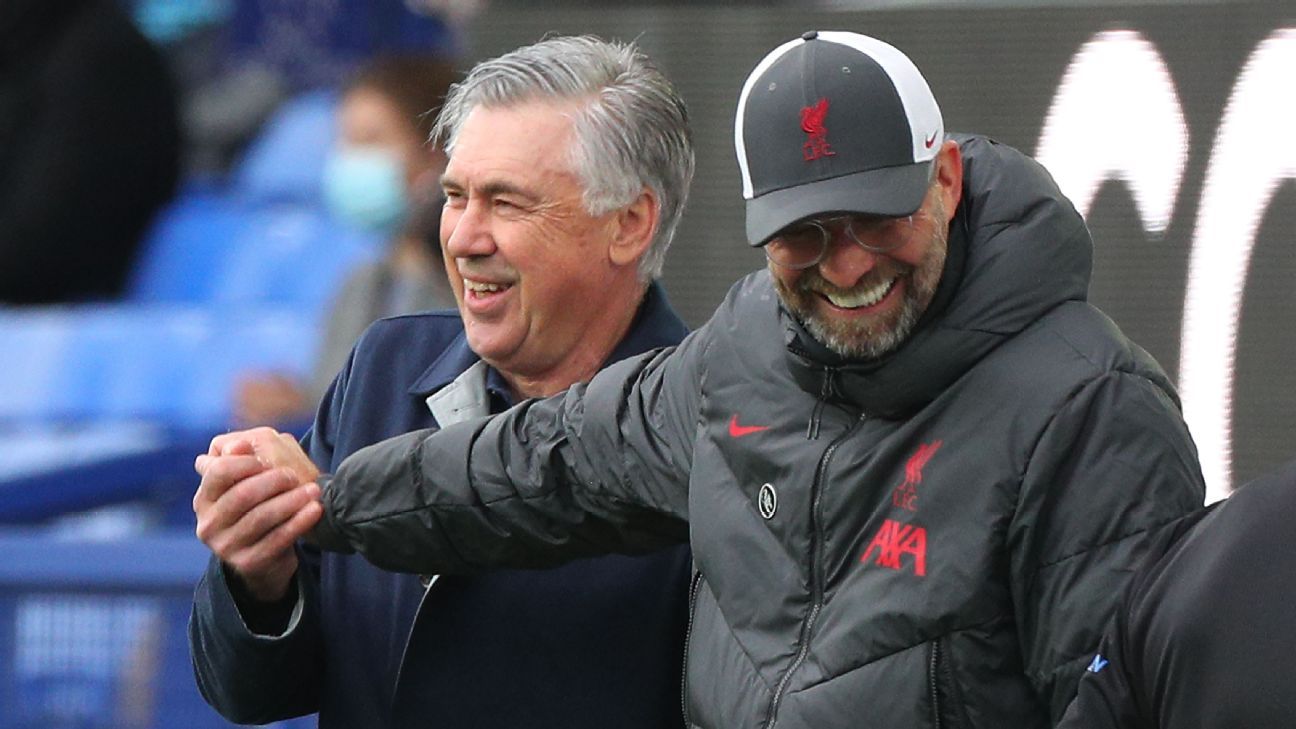 Liverpool and Everton have helped FA Cup minnows Marine avert a preparation crisis ahead of Sunday’s third round tie against Tottenham by allowing the Non-League club to use their training grounds in the build-up to the David against Goliath clash (Stream live on ESPN+ at noon ET in the U.S.).

Marine, based less than six miles from Anfield and Goodison Park, are attempting to bridge the biggest gap in FA Cup history when they take on Spurs, who sit 161 places above the part-timers in the English football pyramid.

But with the UK entering its third full COVID-19 lockdown this week, Marine’s preparations have been thrown into disarray by a combination of the closure of training centres and sub-zero temperatures ruling out alternative facilities.

The tiny club have been given the chance to train like Premier League players, however, after Everton and Liverpool came to the rescue.

“We have had a few issues, certainly since the new lockdown, in terms of training venues,” Marine manager Neil Young said. “Our pitch, where we were due to train on Thursday, had to be covered earlier in the week due to frost, but the leisure centres that we would normally use have been closed because of lockdown.

“We are just glad they could step in. We are preparing for the biggest game in our history against one of the top sides in the country, but at 3 p.m. on Thursday, we had nowhere to train, so we’re very grateful that the two clubs have been able to step in.

“Without their help, we could have been going into the game with very little preparation, other than what we can do on a tactics boards and the playing of a video.”

Marine’s squad are due to have their final COVID-19 tests over the next 24 hours in order to play the game, but so far, the group of part-time players who include a bin man, car production line worker and teacher, have avoided the positive tests that have affected several clubs in the third round.

And Young, who is a railway worker as well as Marine manager, said it has been tough to prepare for the Spurs clash.

“From a part-time perspective, it’s been a bit of a nightmare with the COVID regulations,” he said. “At this round of the competition, you are allowed to have nine substitutes, but I don’t think we have enough players to name nine. That’s the reality for us.

“But we are coming up against a formidable side, coached by one of the greatest managers in the history of the game and a team of world-class players including many international captains. It is dream-time for us.”