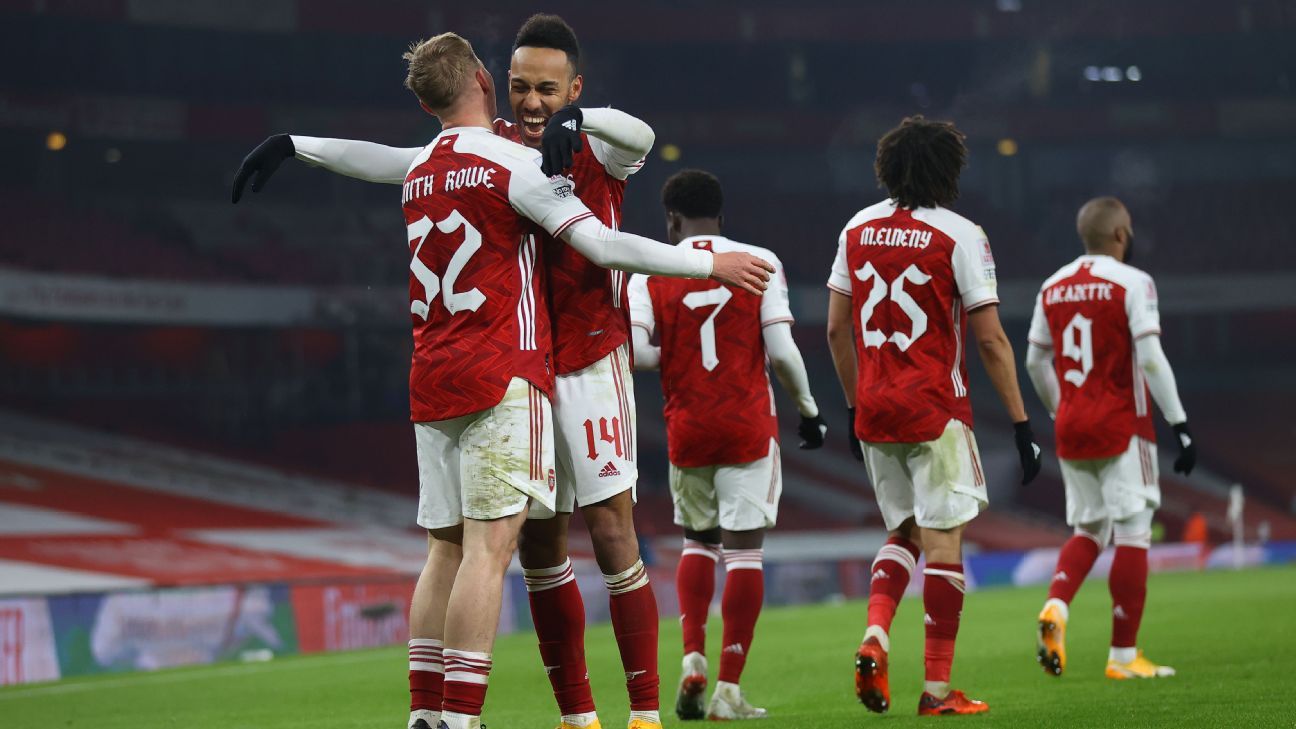 Emile Smith Rowe and Pierre-Emerick Aubameyang scored in extra time as Arsenal began their FA Cup defence with a hard-fought 2-0 victory over Newcastle United in the third round at Emirates Stadium on Saturday.

Substitute Smith Rowe was initially shown a straight red in stoppage time by referee Chris Kavanagh for a tackle on Matthew Longstaff before it was downgraded to a yellow card following a VAR review.

The 20-year-old midfielder went on the score the opener as he latched on to a ball from Alexandre Lacazette inside the box before slipping it past Newcastle goalkeeper Martin Dubravka.

Aubameyang also found the net from close range in the final minutes of extra time to extend Arsenal’s winning run to four games in all competitions.

“We knew how tough it was going to be, they’re a tough opponent. It was about breaking them down. From a young kid I have always wanted to play for this club, I am really happy,” Smith Rowe said.

Arsenal have now progressed from 24 of their last 25 FA Cup third round ties, failing only against Nottingham Forest in 2018.

“You have to take your chances when they come along, we had the opportunity in the final few minutes and didn’t grasp it. As a cup tie, it could have gone either way and we rue the missed chances,” Newcastle manager Steve Bruce said.