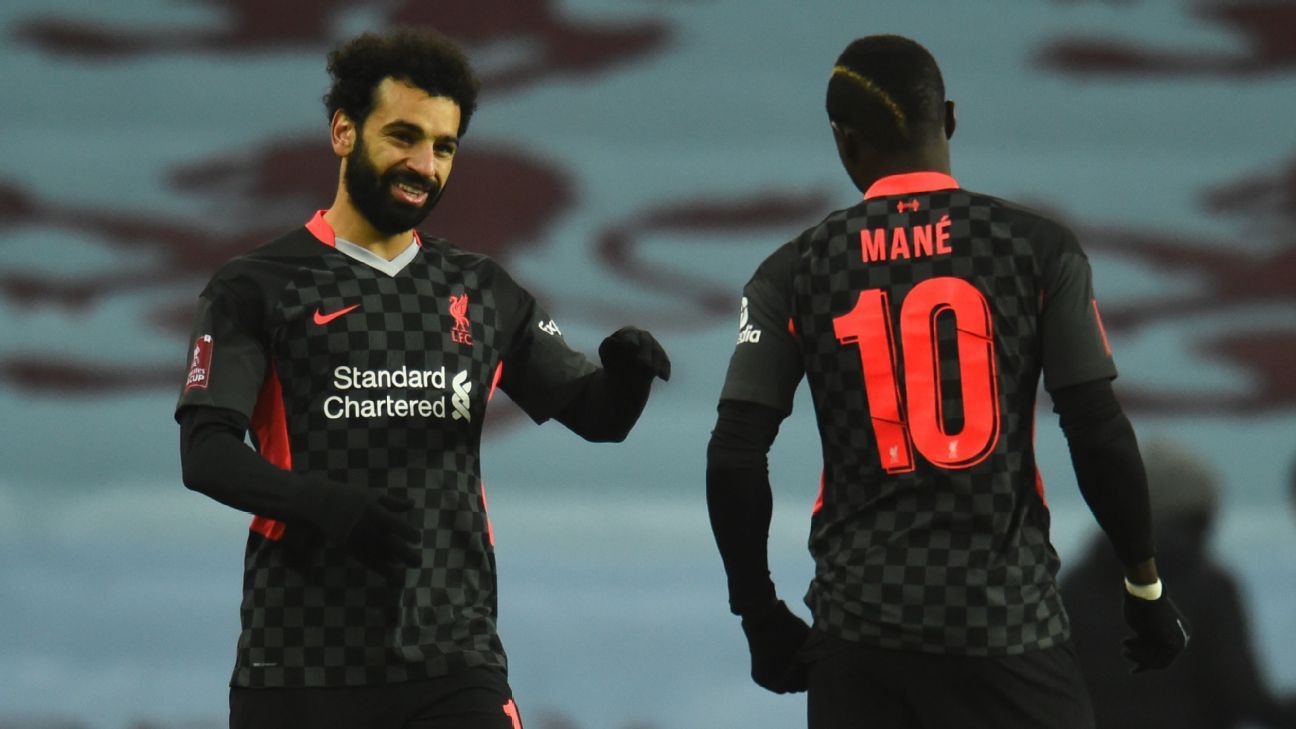 Sadio Mane scored twice as Liverpool eased past a youthful Aston Villa side 4-1 in their FA Cup third-round tie at Villa Park on Friday night.

Aston Villa fielded a heavily rotated XI due in part to a COVID-19 outbreak at the club — with manager Dean Smith not on the sidelines — while Liverpool also rested some regulars for the tie.

However, Liverpool’s side still featured Mohamed Salah and Sadio Mane in their team and the Senegal striker headed his team in front shortly after kickoff from a Curtis Jones cross.

Despite Liverpool dominating possession against their youthful opposition, Villa stood strong for the remainder of the first half and levelled the score shortly before the break with a classy finish from Louie Barry from a counter-attack.

Liverpool retook firm control of the match on the hour with back-to-back goals when Georginio Wijnaldum shot past Akos Onodi from the top of the area and Mane headed in another three minutes later.

Salah then extended the visitors’ lead to three with a quick turn and strike to beat Onodi after Xherdan Shaqiri set him up with a pass into the centre of the box.

Liverpool will await the results of the rest of the weekend’s third-round ties to determine who they’ll face when FA Cup play resumes on the weekend of Jan. 23.