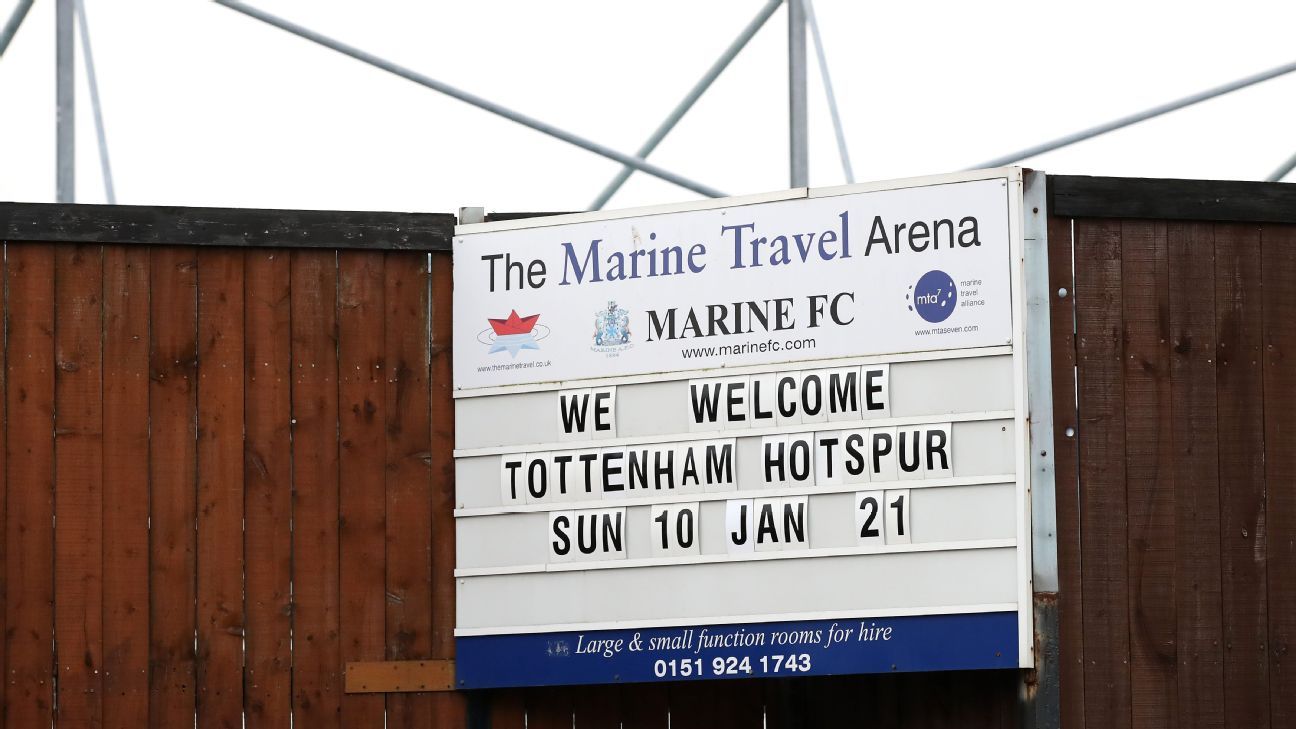 Non-League club Marine have announced that they have sold 20,000 virtual tickets for their third round FA Cup match against Tottenham on Sunday (Stream live on ESPN+ at noon ET in the U.S.).

The minnows were unable to host supporters at The Marine Travel Arena to watch Jose Mourinho’s side with the match being played behind closed doors due to the coronavirus pandemic.

As a result of the COVID-19 restrictions, the club said they would sell virtual tickets to make up for the potential loss in revenue.

The stadium has a capacity of 3,185 but Marine have broken their record attendance of 6,000 by selling 20,000 virtual tickets.

Liverpool and Everton also helped Marine avert a preparation crisis by allowing them to use their training grounds in the build-up to the cup tie.

Liverpool legend Jamie Carragher agreed to step in and sponsor Marine after the club lost their sponsorship for the clash when an advertiser pulled out.