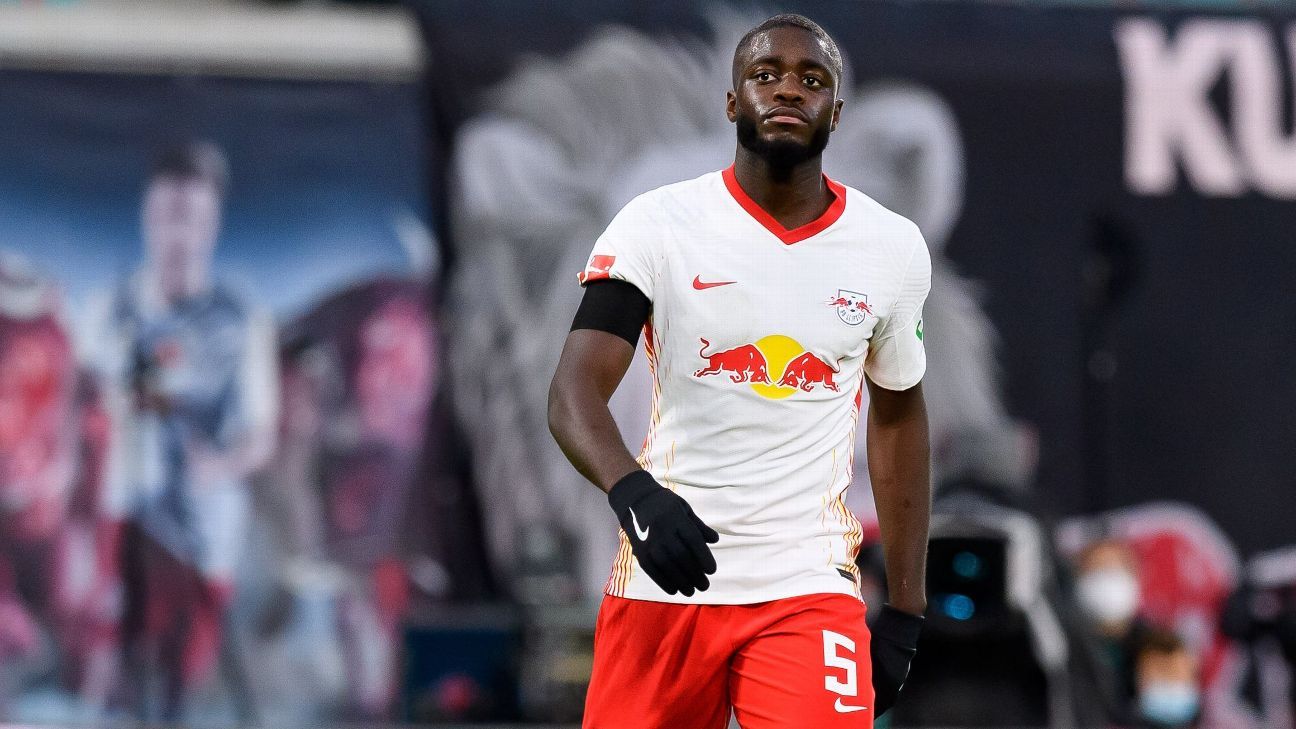 The Blues will be joining a whole host of top European clubs including Barcelona, Real Madrid, Manchester United and Bayern Munich in the pursuit for Upamecano’s signature, with Frank Lampard being eager to activate his reported €42 million release clause, which can be triggered at the end of the 2020-21 season.

The 22-year-old had previously signed a new Leipzig deal last year that includes the aforementioned release fee, but Chelsea will face stiff competition as ESPN reported back in August that Man United had made the Frenchman a top defensive target.

09.31 GMT: The list of players being linked to PSG now new boss Mauricio Pochettino is in charge is crazy.

The Daily Star says “the ex-Tottenham manager, who assumed the reins in Paris last week, believes Pogba is the perfect player to rebuild a new team around.”

The French midfielder has, of course, been linked with Real Madrid and his former club Juventus. He has a contract with United until 2022 but his agent Mino Raiola has invited bids for the 27-year-old in January and next summer.

Pogba’s preference is to join Madrid but sources have told ESPN that United do not believe the Spanish champions can afford a significant transfer fee and the midfielder’s hefty wages of around £290,000-a-week.

Because of lack of funds available for transfers, sources said that United are expecting to receive cash plus swap offers but they will not consider players not already on the recruitment department’s list of targets.

09.00 GMT: Manchester United’s Donny van de Beek finally got his chance in the FA Cup after his £40m move from Ajax this summer, writes Rob Dawson.

Ole Gunnar Solskjaer urged Donny van de Beek to take his “opportunity” against Watford in the FA Cup and the Dutch midfielder, enduring a difficult first season at Manchester United, can be satisfied he took it. It is more than a month since Van de Beek started a game at Old Trafford but in helping United reach the fourth round with a 1-0 win against the Championship side, sent his manager a reminder that he did not move from Ajax in the summer to sit on the bench.

He did not score or register an assist — captain for the night Scott McTominay headed in Alex Telles’ corner after five minutes for the only goal — but he didn’t need to. Rather, it was his quickness of thought, smooth movement and calm under pressure, particularly during an impressive first-half performance, which set him apart from almost everyone else on the pitch.

The Mirror is reporting West Ham United‘s Declan Rice has told those close to him that he doesn’t want to join Manchester United.

Rice, who is considered to be the glue that holds West Ham together by fans and pundits alike, has informed his friends that he would rather stay in London as opposed to heading north to sign for the Red Devils.

That would open the door for Chelsea to pounce with a move at around £80m.

Manchester City youngster Timi Sobowale could be set to leave the club in favour of a move to Major League Soccer, the Daily Mail reports.

The 19-year-old starlet, who seemingly can’t break his way into the starting XI at the Etihad, had previously been linked with a move down to the Championship.

However, MLS franchise Real Salt Lake have now entered the conversation, with initial discussions being held. As per the report, Sobowale is interested by the idea and is open to the move.

– Newcastle United, West Ham and Napoli are all interested in trying to sign Spezia‘s M’Bala Nzola, Calciomercato reports. The striker is considered to be a power forward that has the potential to transform a team’s attack, which is something all three of the aforementioned clubs sorely need this season.

– Fabrizio Romano is reporting that Marseille are on the verge of signing Pol Lirola from Fiorentina. The defender has been heavily linked with a move to the French club over the course of the last few days with the belief being that the deal will be an initial loan alongside a future option to buy.