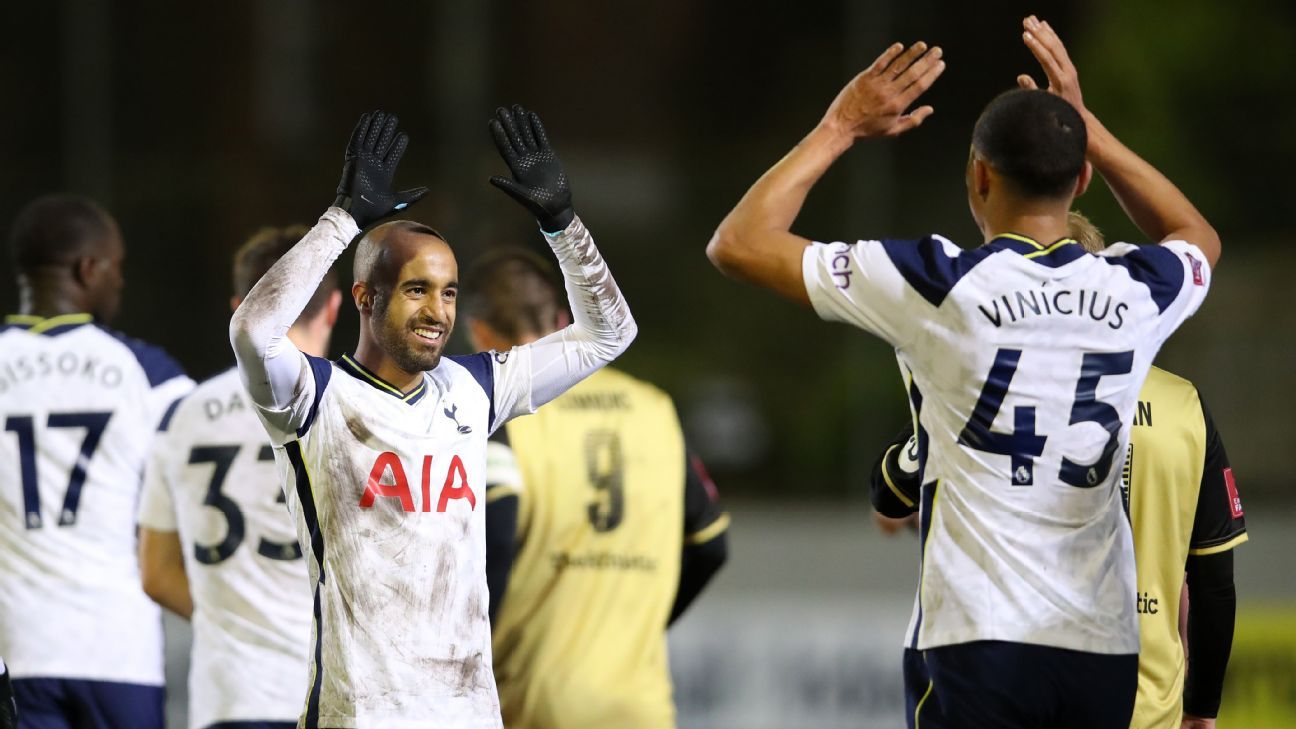 Tottenham Hotspur put an end to the dream FA Cup run of eighth-tier Marine, as Carlos Vinicius scored a hat trick for the Premier League club in their 5-0 third-round tie win on Sunday.

The Non-League hosts stood firm in the opening minutes, but Spurs took the lead on 24 minutes when Dele Alli‘s cross found Vinicius right in front of goal and sidestepped Marine keeper Bailey Passant and scored from close range to make it 1-0.

The first goal opened the floodgates for Tottenham, who quickly scored two more with another Vinicius tap in from close range and an expertly taken free kick from Lucas Moura to go 3-0 up shortly past the half-hour mark.

Vinicius completed his hat trick before half-time with a composed finish, curling a volley around Passant to give the visitors a four-goal lead going into the break.

A second-half goal from 16-year-old Spurs debutant Alfie Devine saw the match reach the final scoreline as Jose Mourinho’s team saw out the game at a canter and now await the FA Cup fourth-round draw to see who’ll they face next.

Marine, who play in the Northern Premier League, Division One North West, lay 161 places below Spurs in the English football pyramid — the biggest gap that the Cup has produced.