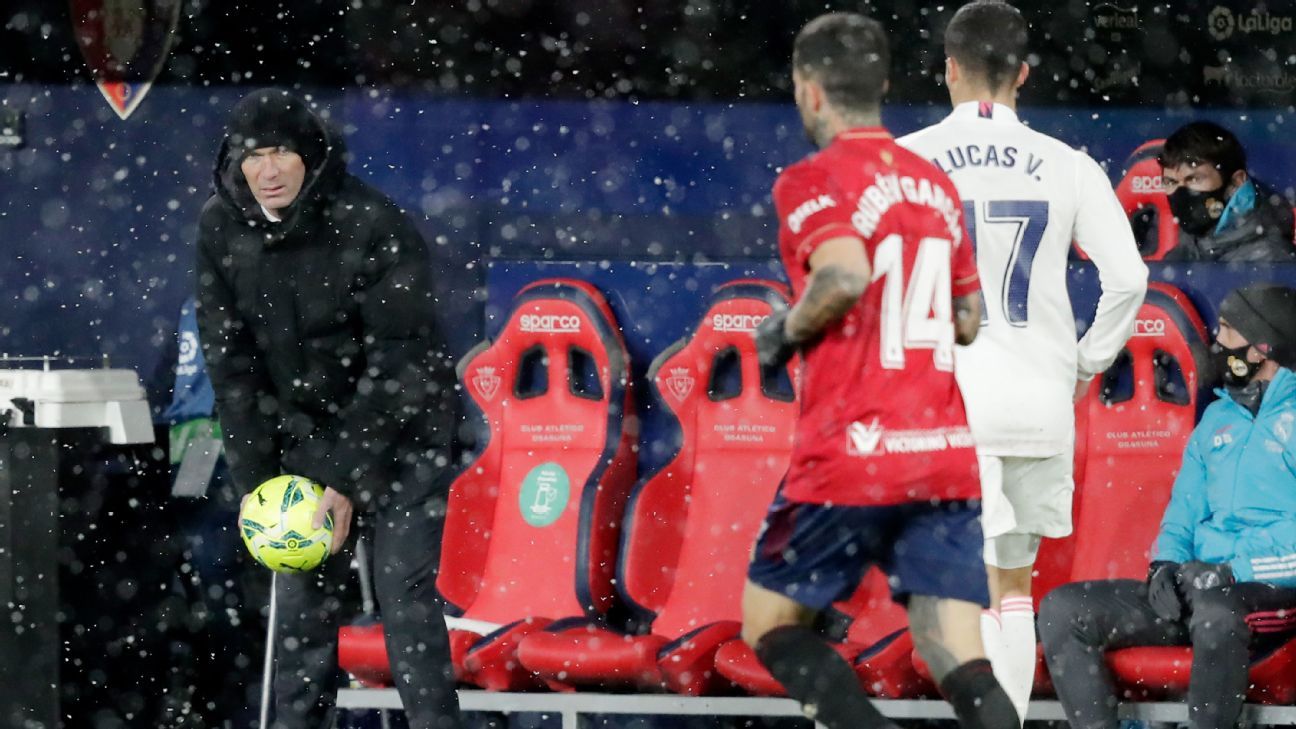 Real Madrid coach Zinedine Zidane said his side’s match against Osasuna should have been postponed due to the snowy conditions after the La Liga champions could only draw 0-0 on Saturday with the second-from-bottom side.

The snowstorm that blitzed northern Spain and the Spanish capital forced Real to make the journey to Pamplona a day earlier than originally planned, while they were made to wait on the icy runway at Barajas airport for over four hours.

Zidane’s side struggled on the icy pitch as snow continued to fall throughout the game. They failed to have a shot on target in the first half.

“That was not a football match, it should have been called off,” an angry Zidane told reporters.

“We dealt badly with the conditions and the journey, and we did what we could on the pitch but the sensation we have now is that it wasn’t a proper match.”

The draw meant they missed the chance to leapfrog La Liga leaders Atletico Madrid, whose match with Athletic Bilbao was suspended due to the storm.

Zidane felt the teams had been treated unfairly, especially since his side faced a difficult journey back.

“My biggest complaint is about the match. The conditions weren’t right. I know I’m repeating myself, but that’s how it is.”