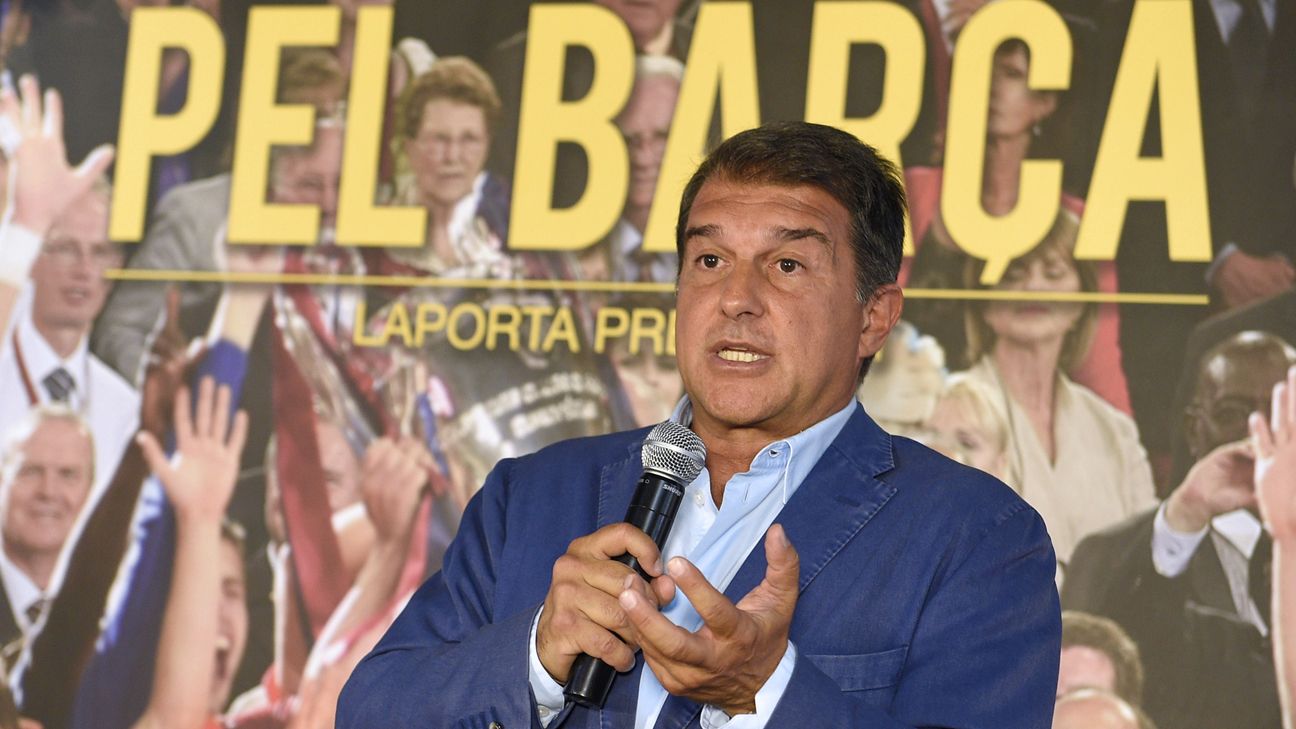 The race to become the next Barcelona president has been whittled down to just four candidates, with Joan Laporta leading the way with more support than his three rivals put together.

Monday marked the deadline for the nine presidential hopefuls to hand in the signatures they had obtained from club members, with 2,257 needed to make polling day on Jan. 24.

Laporta, who was the Barca president between 2003 and 2010, led the way with 10,257 signatures, corroborating his tag as the favourite to succeed Josep Maria Bartomeu, who stepped down in October.

Victor Font handed in 4,710 signed forms at Camp Nou shortly after Laporta and is expected to be the closest challenger when club members vote in the election later this month.

The signatures must now be validated and Barca will confirm on Thursday if all four candidates have been able to present the 2,257 signatures required to stand in the election.

Laporta’s first spell as Barca president is remembered fondly in Catalonia. He oversaw the appointment of Pep Guardiola, Lionel Messi‘s progression into the first team and the six-trophy calendar year in 2009.

He told ESPN in December that the “trust” he has with Messi gives him the advantage over the other candidates when it comes to persuading the forward to extend his contract at the club beyond the end of June.

Messi’s future will be one of the main points of contention between now and voting day, with Font also telling ESPN that he’s confident he can convince the Argentine to stay put.

However, Font’s hopes also hinge on his pledge to bring back former midfielder Xavi Hernandez, at first as general manager and later as coach.