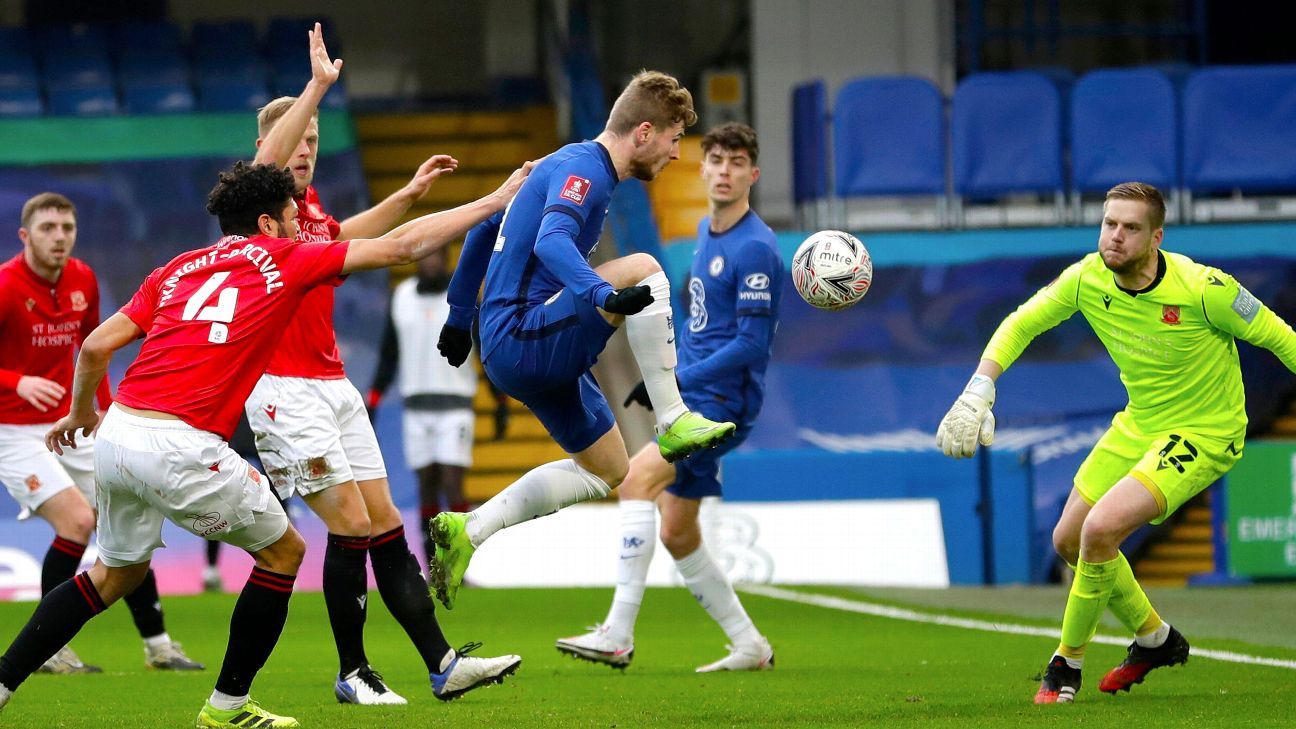 Timo Werner ended his goal scoring drought as Chelsea strolled into the fourth round of the FA Cup with a 4-0 win over Morcecambe on Sunday.

Werner notched his first goal in 12 matches in all competitions to help Chelsea to their first win in three games.

Mason Mount, Callum Hudson-Odoi and Kai Havertz also found themselves on the scoresheet to ease pressure on manager Frank Lampard after a run of poor results.

The hosts controlled possession from the start and took the lead after Mount hit a long range strike into the bottom corner.

Just before the break, Havertz set up his Germany international teammate Werner to tap in from close range.

Havertz then scored his second goal for the club with a powerful header from Cesar Azpilicueta‘s cross five minutes from time.

Chelsea return to Premier League action when they travel to Fulham for a London derby on Friday.