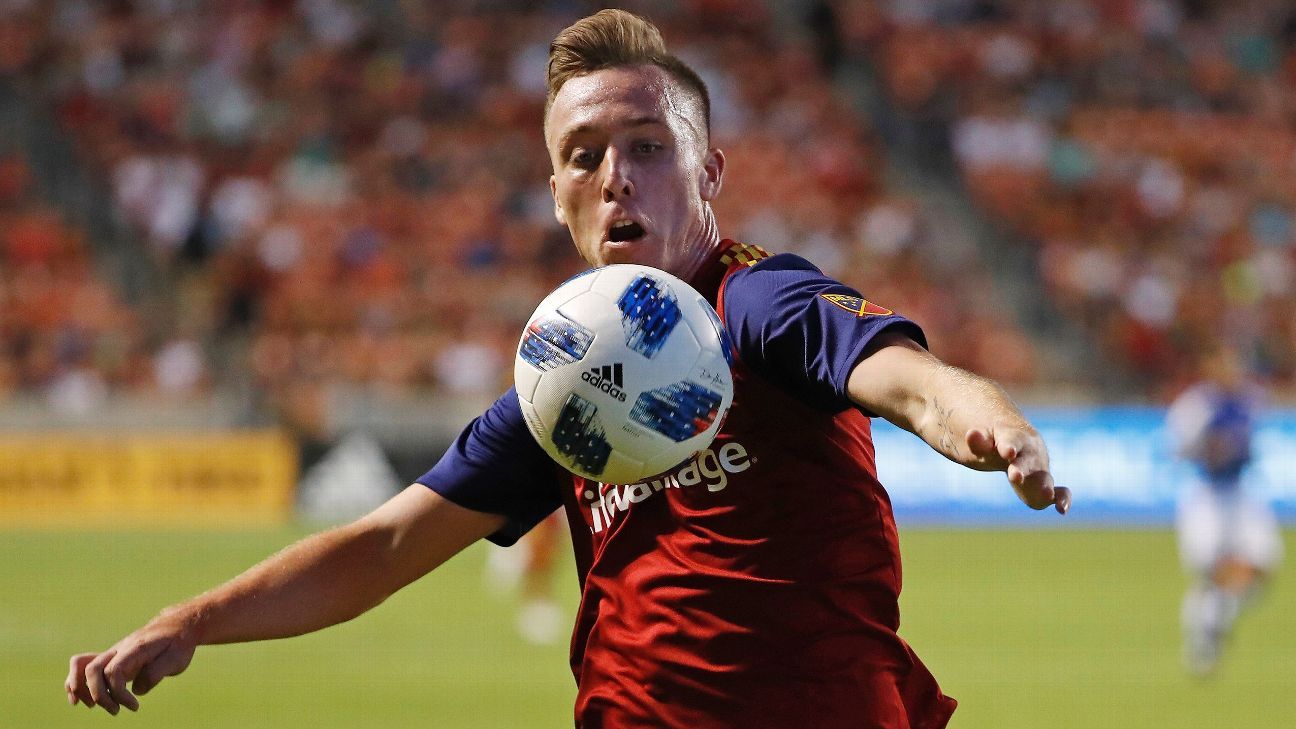 Baird, 24, moves to Los Angeles for $500,000 in general allocation money, a 2021 international roster spot and future considerations to Salt Lake.

– Carlisle: What does force majeure mean for CBA, players?
– Stream LIVE games and replays on ESPN+ (U.S. only)

“Corey is a dynamic attacker and we are excited to welcome a player of his caliber and qualities,” LAFC general manager John Thorrington said in a club statement.

“We are confident he will prove to be a great fit into how we play and will help us achieve our ambitions as a club in the years to come.”

The 2018 MLS rookie of the year, Baird made his debut for the USMNT in January of 2019 and has earned five caps for his country.

“Corey has been an exceptional player for us over the last three years. He has contributed massively to our success on the field and in the organization. As a product of our robust Academy and development system, we are really proud of what he’s become,” RSL GM Elliot Fall said.

“We weren’t looking to move him, but LAFC was extremely interested in acquiring him and were willing to make an offer that we felt as a club will provide us opportunities for the next players as well as strengthening our position to build our roster for 2021 and beyond.”

Moon, 25, spent the past four years with Busan IPark, tallying nine goals and seven assists in 120 games across all competitions in South Korea. Internationally, Moon made his senior team debut during a 2-0 friendly win over Costa Rica on September 7, 2018. He has represented his national team 11 times, including a pair of 2022 FIFA World Cup qualifiers and one appearance at the AFC Asian Cup in 2019.

“Moon is a dynamic, exciting player who also brings top international experience to our team,” said Thorrington. “He is an intelligent and versatile defender in the prime of his career, and our Club and our supporters are incredibly excited he chose LAFC for the next phase of his career.”