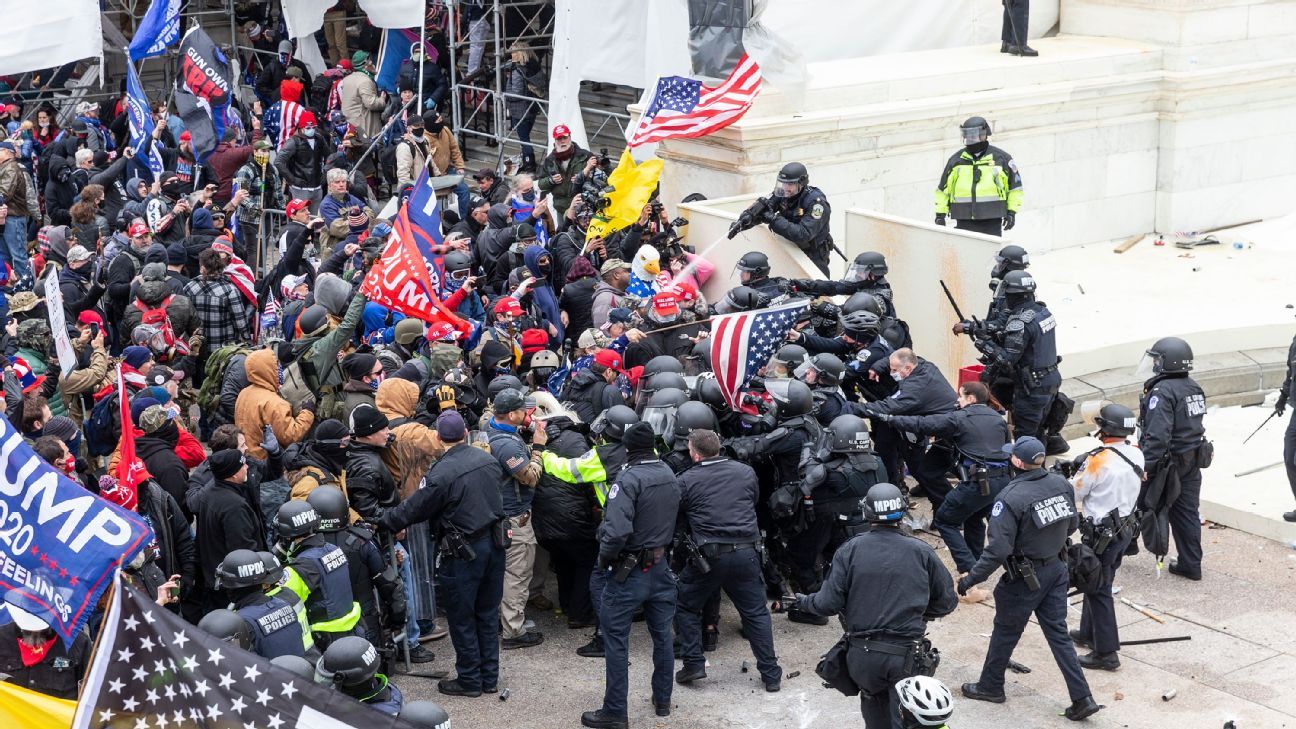 United States men’s national team manager Gregg Berhalter called last Wednesday’s riot at the U.S. Capitol, one that has claimed five lives, a “low point for us” and that “there’s a lot of room to improve as a country.”

Berhalter spoke to reporters on the first full day of the team’s January training camp in Bradenton, Florida. The U.S. manager said he hadn’t yet spoken with his team about what took place, when a mob incited by President Donald J. Trump stormed and occupied the U.S. Capitol. The violent siege resulted in five deaths, including a Capitol police officer.

“The way I see this is, this is a low point for us. There’s a lot of room to improve as a country, and it is something where we can all be better examples, we can all be better citizens,” he said. “When you’re watching [the riot], you know it doesn’t jive at all with what we know as America to be. It’s not who we are as a country, and it’s disappointing to see, but all we can do is be good examples and continue our efforts in trying to make change. And so I think that’s the important message to the team: Our work isn’t done just because the year changed, and we need to keep going and persevere.”

The U.S. men were largely sidelined during 2020 due to the coronavirus pandemic, but the squad has tried to address numerous social justice issues, including the death of George Floyd, a Black man, who died in Minneapolis in May while in police custody after a white officer kneeled on his neck for more than seven minutes.

During a November friendly against Wales in Cardiff, all of the players had “Be the Change” adorned on the front of their anthem jackets. The idea behind the message was that each and every person has the ability, opportunity and responsibility to make a difference in their own way.

Also, on the back of the jacket, each player included a personalized message representing something meaningful to them. Tyler Adams opted for the message “UNITE IN TRUTH” while Sebastian Lletget chose “BLACK LIVES MATTER”.

The U.S. women’s team also expressed solidarity to social justice and gender equality issues throughout the year, wearing warmup jackets ahead of a November friendly against the Netherlands with the words “BLACK LIVES MATTER” emblazoned on the front, and nearly every member of the team taking a knee during the playing of the national anthem.

Seattle Sounders FC forward Jordan Morris indicated that in light of last Wednesday’s events at the Capitol, the “Be the Change” message is one the team will continue using.

“I think obviously we all realized how horrific those events were, and we all understand that there’s a need for change in this country and in a lot of ways,” he said. “I think the big thing for us, and what I’ve talked to guys about a little bit is hopefully our goal as a national team is to be a positive representation of what that change can be, and how we need to move forward.

“I think it’s also in these hard times, we hope to be, as a team, a positive light because I know that these times are super challenging and there’s so much going on, so much stress.”