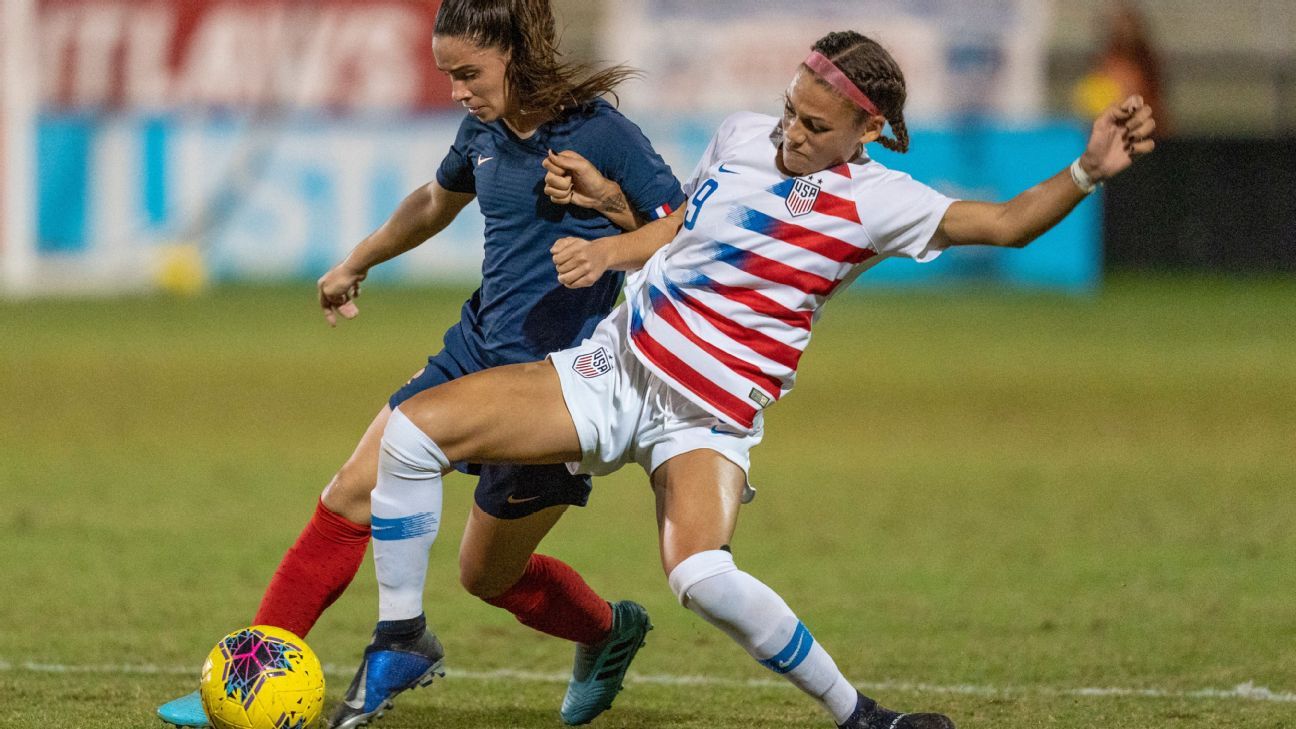 U.S. U20 forward Rodman is the daughter of former NBA star Dennis Rodman.

Fox, 22, is one of the rare players available who has experience with the full U.S. women’s national team. Fox, who can also play in midfield, has made three international appearances while also featuring extensively with the U.S. U20 national team.

“I’m super excited,” Fox said from U.S. training camp in Orlando, Florida. “I know [Louisville manager Christy Holly] from the past, when he was on the national team as an assistant.

“So talking with him, him telling me about the culture, everything that they have in store, the facilities, the girls on the team, I’m just so excited to be there and be part of the team.”

Rodman, 18, was a finalist for U.S. Soccer’s Young Female Player of the Year, and excelled for the U.S. U20 national team, scoring eight goals and adding six assists at the 2020 CONCACAF U20 Women’s Championship last March. Rodman enrolled at Washington State but was never able to suit up for the Cougars after the 2020 collegiate season was postponed until this spring.

“To even just be in the draft with my situation and my age is insane, but to be No. 2 to an amazing team is out of this world, like I couldn’t ask for anything more,” Rodman said. “D.C. has just got an awesome program, awesome team. The coach [Richie Burke] is amazing. I’ve talked to him a couple times. I know he’s a hard head coach, but I’m so excited to be his player and learn and get better.”

As for the influence of her famous father, Rodman said she’s ready to be known as a standout player in her own right.

“He was an amazing athlete, and I got those genes from him, but I’m excited to be known as Trinity Rodman and not just as Rodman’s daughter,” she said. “I’m excited to pave my own path and get better throughout this journey.”

Sky Blue initially had the next two selections, but after taking UNC midfielder/forward Brianna Pinto at No. 3, the team opted to trade the No. 4 pick to Kansas City for $175,000 in allocation money. Kansas City then used the pick to select Stanford defender Kiara “Kiki” Pickett. Kansas City might have to wait a bit to see Pickett up close, as she has said she’ll stay in school to play the spring season.

With its second pick of the first round, No. 5 overall, Racing Louisville looked close to home, selecting University of Louisville midfielder Emina Ekic.

The Portland Thorns moved up by trading the No. 7 pick, the No. 32 pick and a 2021 international slot to the Chicago Red Stars in exchange for the No. 6 overall pick. The Thorns used the pick to select Texas Christian University midfielder Yazmeen Ryan.