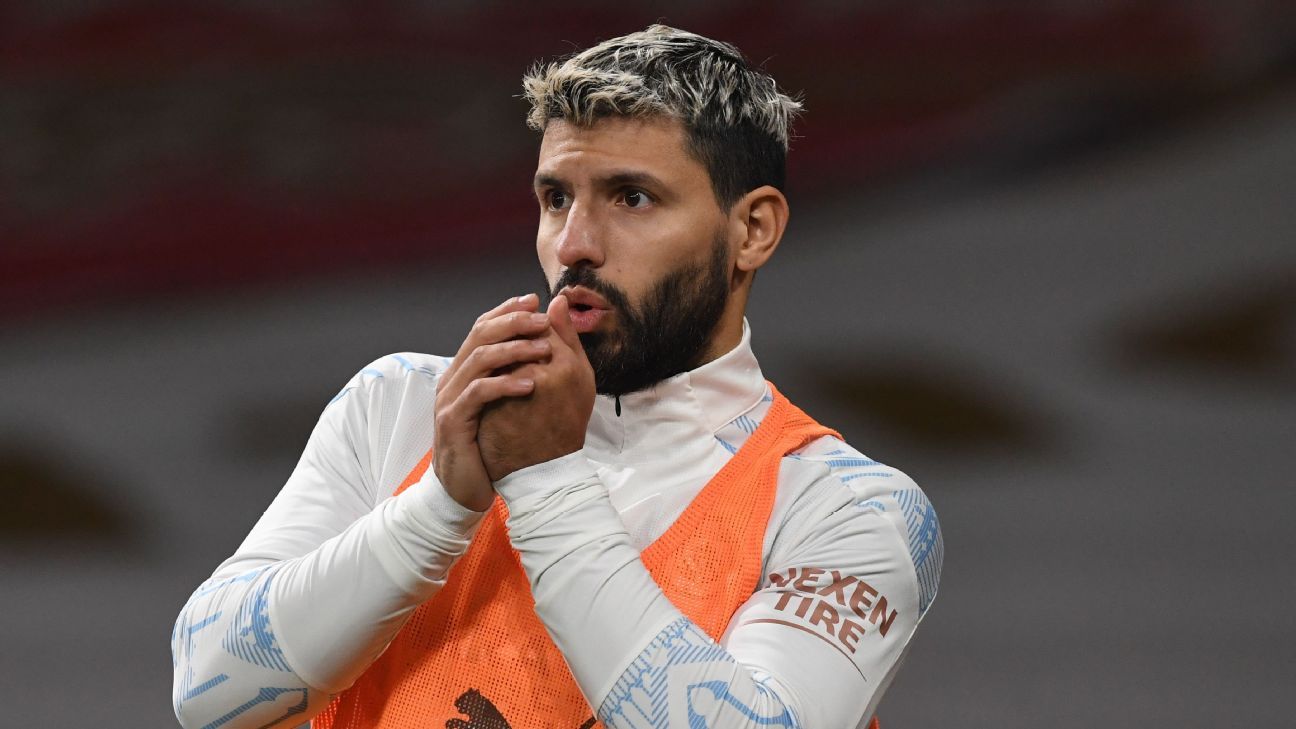 Real Madrid are short on attacking cover, and AS has linked them with Sergio Aguero, Olivier Giroud and Arkadiusz Milik.

Luka Jovic‘s return to Eintracht Frankfurt on a six-month loan has left Zinedine Zidane with a hole that needs filling in attack, and the report details the three options when it comes to finding the perfect short-term option with the necessary ability and experience.

Erling Haaland and Kylian Mbappe remain long-term targets for Madrid, so Aguero provides a better option for this year. The Manchester City star is out of contract in June and though Madrid face competition from Paris Saint-Germain, he also knows the Spanish capital following his time at Atletico Madrid.

Giroud is a another name linked, and he’s still not getting the game time he craves at Chelsea. Also out of contract in the summer, the Blues may wish to do business in January to avoid the Frenchman leaving on a free.

Meanwhile, Milik could be added to the squad from Napoli for as little as €10m, though Marseille appear to be first in the queue for his services.

PSG step up efforts for Alli

Paris Saint-Germain have made no secret of the fact they’d like to add Dele Alli to their squad in January, and now it would appear as though the player himself is keen for a mid-season move from Tottenham Hotspur, according to Fabrizio Romano in the Guardian.

New PSG boss Mauricio Pocchettino has identified Alli as his top target, the Argentine believing that his former Spurs midfielder can have a big impact in the second half of the season.

Tottenham appear reluctant to let him because they have so many games coming up in a short space of time, and because they feel they will need to utilise their whole squad, but Alli is pushing for a departure.

Alli has made just four league appearances this season totalling 74 minutes, and he not only wants more game time, he has his eyes on a place in England‘s squad at Euro 2021 this summer.

Manchester City and Juventus have been keeping tabs on midfielder Manuel Locatelli, but Sassuolo are playing hard ball, reports the Daily Mail.

They’re reporting that the Serie A side aren’t prepared to entertain any offers for their star midfielder, even if they’re confronted with bids of up to £30m.

Locatelli, 23, has been one of the stars of the season and he has caught the attention not just of City boss Pep Guardiola, but also Juve’s Andrea Pirlo and AC Milan‘s Stefano Piolo.

Sassuolo director Giovanni Carnevali has dismissed all the rumours and says his club won’t consider selling their prized asset in January.

Locatelli joined Sassuolo from AC Milan in 2018 and has returned to his best form. He has helped his side climb to seventh in the table, and earned himself a call-up to the Italy squad.

– Chelsea defender Fikayo Tomori edges closer to a move to AC Milan, according to Fabrizio Romano. The report states that talks are progressing well between the two clubs. Chelsea are hoping to send Tomori on loan with a buy option of €30m. Tomori is said to be keen on the move to Serie A.

– Manchester United are keen to sign AFC Bournemouth‘s David Brooks and they’re not alone, with Talksport suggesting that Aston Villa are now keen to add him to their squad in January. Brooks has scored three goals and added five assists in 17 appearances this season.

– Is Radamel Falcao ready to leave Turkish power Galatasaray? According to Argentine outlet Varsky Sports, El Tigre could be on his way to Major League Soccer side Portland Timbers. Colombia‘s all-time scorer seems to have plenty of options, with Galatasary’s president admitting the ex-Atletico Madrid and AS Monaco man has offers in South America and Saudi Arabia.