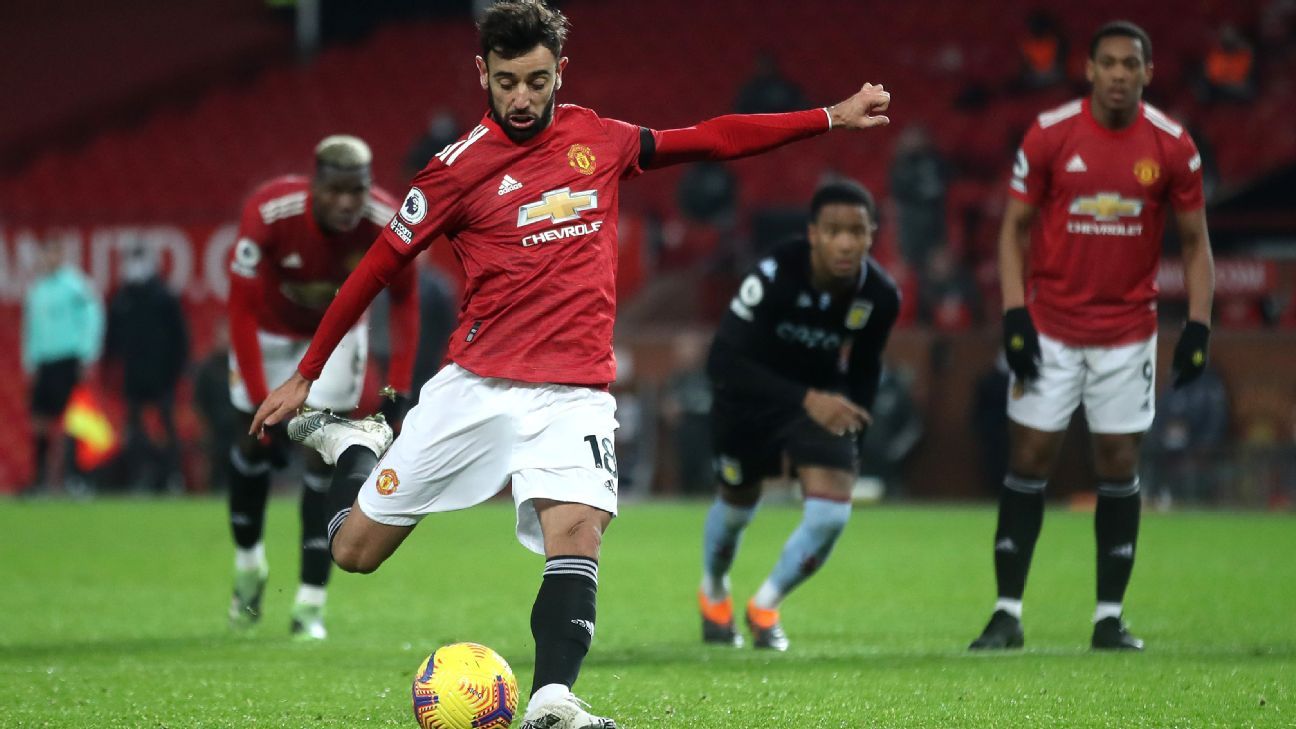 Bruno Fernandes has hit back at Jurgen Klopp’s suggestion that Manchester United get too many penalties, saying he doesn’t care what people think.

Klopp has hinted that his Liverpool team are less likely to get penalty decisions than United.

Ahead of the crucial top of the table clash between the two sides at Anfield on Sunday, Fernandes, who has scored 15 penalties since moving to Old Trafford from Sporting Lisbon a year ago, said Klopp’s comments are a tactic to influence referees he has seen before during his time in Portugal.

“You always see what people say but I really don’t care. I’m not focused on what they are saying. I played in Portugal and when you play for Sporting, Benfica and Porto are always talking about that kind of stuff — sometimes to put pressure on the referee, sometimes just to make some noise in the press. But, for me, the main point is when we have a penalty, if I go to take the ball to the penalty spot, I have to do my job.”

United have been awarded six penalties in the league this season, one more than Liverpool and four fewer than Leicester City‘s 10.

Fernandes said there is a simple explanation for the number of spot-kicks they get.

“We have really quick players up front,”he added. “Anthony [Martial] is one of the best players one against one in the box, Marcus [Rashford] is another one who is quick and has quick feet who can take the ball away from the defender in any moment.

“It’s normal that sometimes because of that [they will be tripped] and will fall and they gain penalties. It is what it is. People can talk and say what they want. But, for me and the team, the main point is continuing to do the right things and when we get a penalty, just scoring.”

United will kick off at Anfield three points clear at the top following their 1-0 win over Burnley on Tuesday.

It is the first time since 2013 that they have been involved in the title race this late into the season.

Liverpool moved onto 19 titles when they were crowned champions last season and Fernandes said he would not like to see them retain the trophy.

“You don’t want your rivals at the same level as you, or with the same amount of trophies as you,” he added.

“So it’s clear for everyone here at the club and in the dressing room, everyone knows what it means for the supporters. But the main point for us is to know what every game means to us. Every game has to mean the same. We have to go into every game with the same mentality as we have for Liverpool.

“It would be a lot more fun with 21 titles and Liverpool still on 19, of course, but the main point for us is to keep going and make our best in every game.”

Christensen, Kessie could leave Barca on free
Who could be the next big breakout star in Europe?
Welbeck penalty, McTominay’s non-red card explained in The VAR Review
Neymar scores twice as PSG thump Montpellier
Garber won’t commit to Liga MX for 2023 ASG