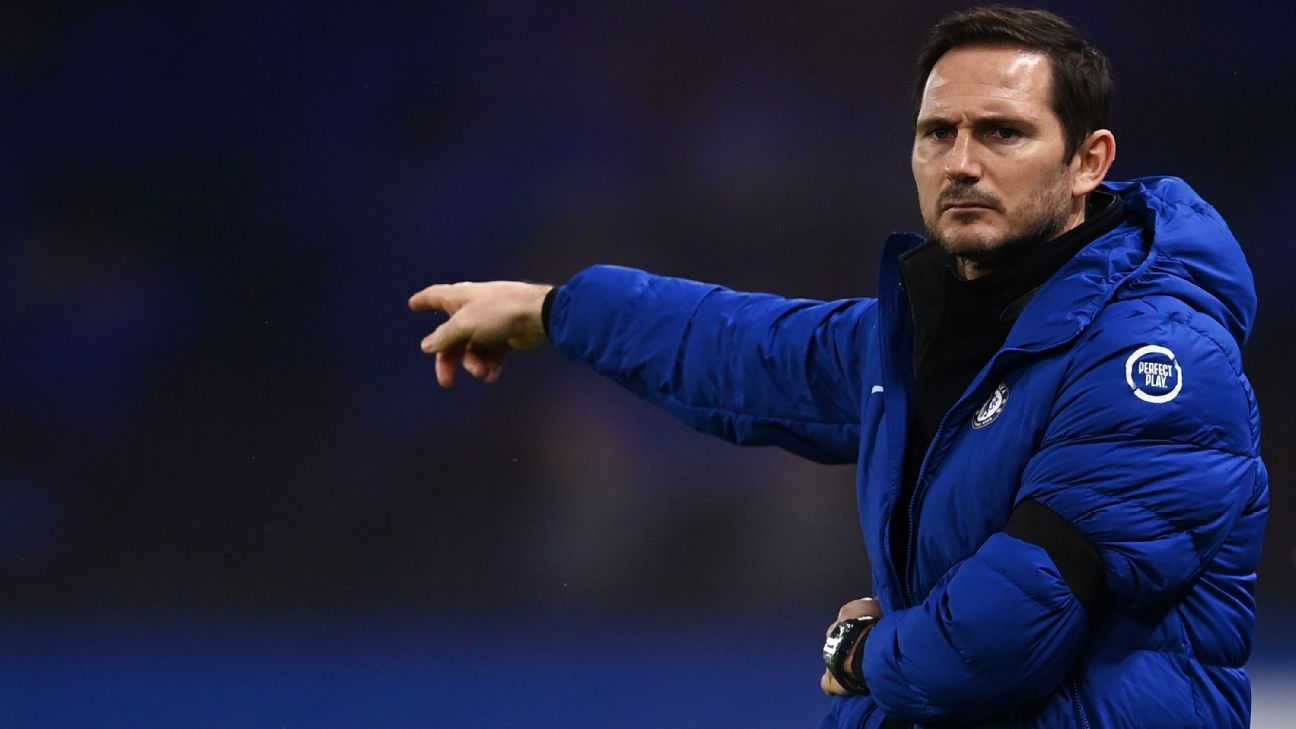 Chelsea head coach Frank Lampard has urged the Premier League to create a more “open conversation” around rearranging fixtures and warned certain teams could be advantaged to the extent a mark is left on the season.

His side travel to Fulham on Saturday, a day after the game was originally due to played following a reshuffle relating to a COVID-19 outbreak at Aston Villa.

“We weren’t actually flexible [regarding Fulham], we were just told what the games were going to be,” Lampard told a news conference on Friday.

“That wasn’t our flexibility. My preference would have been to keep the game on the Friday but that was overruled. With COVID and the situation, I am very happy to play fair with that. I understand it. It hasn’t killed us this weekend.

“The schedule hasn’t made us play two games in two days so I’m fine with that because I think we all have to try and understand the situation. But again, we weren’t happy, we weren’t looked after over Christmas when we could have been and for me, it seems the Premier League has to open the conversation, the dialogue, up much more. It can’t be that you are just told.”

Villa’s game against Tottenham on Wednesday was postponed after 10 players tested positive forcing boss Dean Smith and his squad to self-isolate and close their training ground.

Spurs were instead told to play Fulham — a game first scheduled for Dec. 30 — before their opponents suffered their own wave of positive tests with Scott Parker’s side given an extra day to recover before hosting Chelsea.

Parker described the decision to rearrange the Spurs game with little over 48 hours’ notice as “scandalous” but further postponements look almost inevitable as the nationwide COVID-19 picture continues to worsen.

Lampard admitted Chelsea had not been unduly affected on this occasion but cited the League’s reluctance to alter their Christmas schedule – in which they played Arsenal and Villa in a tighter timeframe than their rivals – as evidence organisers need to be more transparent.

“It must be an open conversation and I understand if Scott [Parker] has been told two days before they are about to play a Premier League game, that really isn’t good enough. But that’s done,” he said.

“From our point of view, the game changing from Friday to Saturday at the front end didn’t make a difference too much for me because we had a week to prepare for it. I understand why Scott would have had his feelings about it.

“I think it probably suited Tottenham to get that game done. They’d had a pretty comfortable game at the weekend in the FA Cup [beating part-timers Marine 5-0] and I understand that point.

“What I feel now is our games between Fulham and Leicester [on Jan. 19] are even tighter. My biggest gripe as manager of Chelsea is no one came to help us when we played two games on the 26th and the 28th over Christmas when it clearly could have been moved. So the schedule couldn’t be moved over Christmas but it can be moved now because we are fighting against COVID.”

Lampard added that Premier League managers had expressed concern about this exact situation when they had a meeting with the league.

“I think that was a big point of the managers in the meetings we had earlier in the season. Jurgen [Klopp] spoke a lot about it, myself and Pep [Guardiola] and other managers actually, to be fair,” he said.

“We are all here to play football and try and find the best way through this and we understand that the isolations, training grounds shutting and teams having too many positives means we can’t play so we want to move forward.

“But all of a sudden these rules now have come in, and at the last minute for Scott this week. But over Christmas it was fine, we had to play within two days while Man United and Tottenham played two games over three days.

“So I think now it seems like consistency is going to be difficult. It is definitely going to put a mark on this season. This season, whatever happens as it is going now and if it might continue to happen, there are going to be huge difficulties for different teams.

“I don’t want to cry about it too much from our point of view. But from our experience over Christmas, to what’s happening this week, I felt that at Christmas, the Premier League could have done better to look after us by moving the game, and Aston Villa by the way. And they didn’t.”