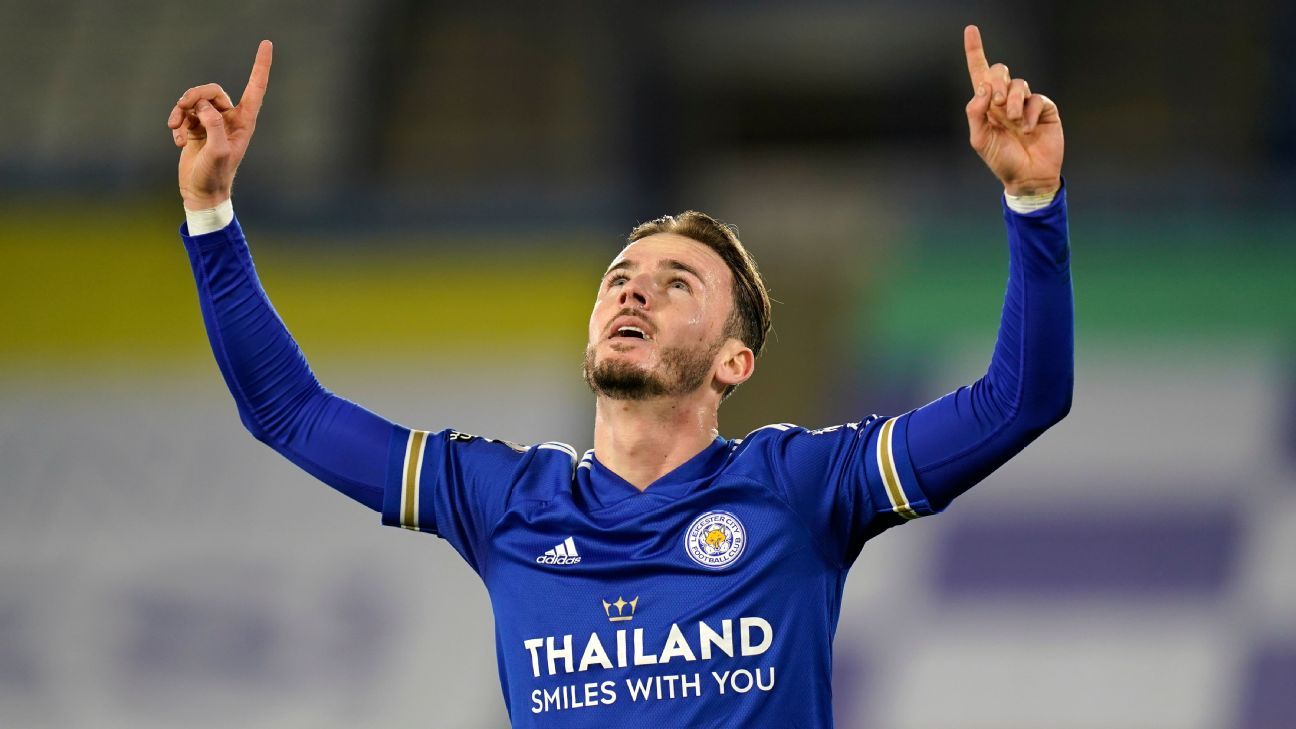 Leicester City moved above champions Liverpool into second place in the Premier League after James Maddison‘s first-half goal and a stoppage-time effort by Harvey Barnes secured them a 2-0 home win over Southampton on Saturday.

Maddison lashed a ferocious shot past Alex McCarthy in the 37th-minute of an even first period and Barnes broke clear to finish coolly as Leicester claimed only their fourth home victory of the season.

While all eyes will be on Sunday’s showdown between Liverpool and leaders Manchester United, Leicester showed again that they must be taken seriously in the title race.

Brendan Rodgers’s side have 35 points from 18 games, one point behind United and two better off than Liverpool. Manchester City, who also slipped below Leicester ahead of their Sunday clash with Crystal Palace, have 32.

Leicester did not have things all their own way though and eighth-placed Southampton, who beat Liverpool in their last game, were unlucky when Stuart Armstrong‘s long-range effort rattled the crossbar as the visitors pressed for an equaliser.