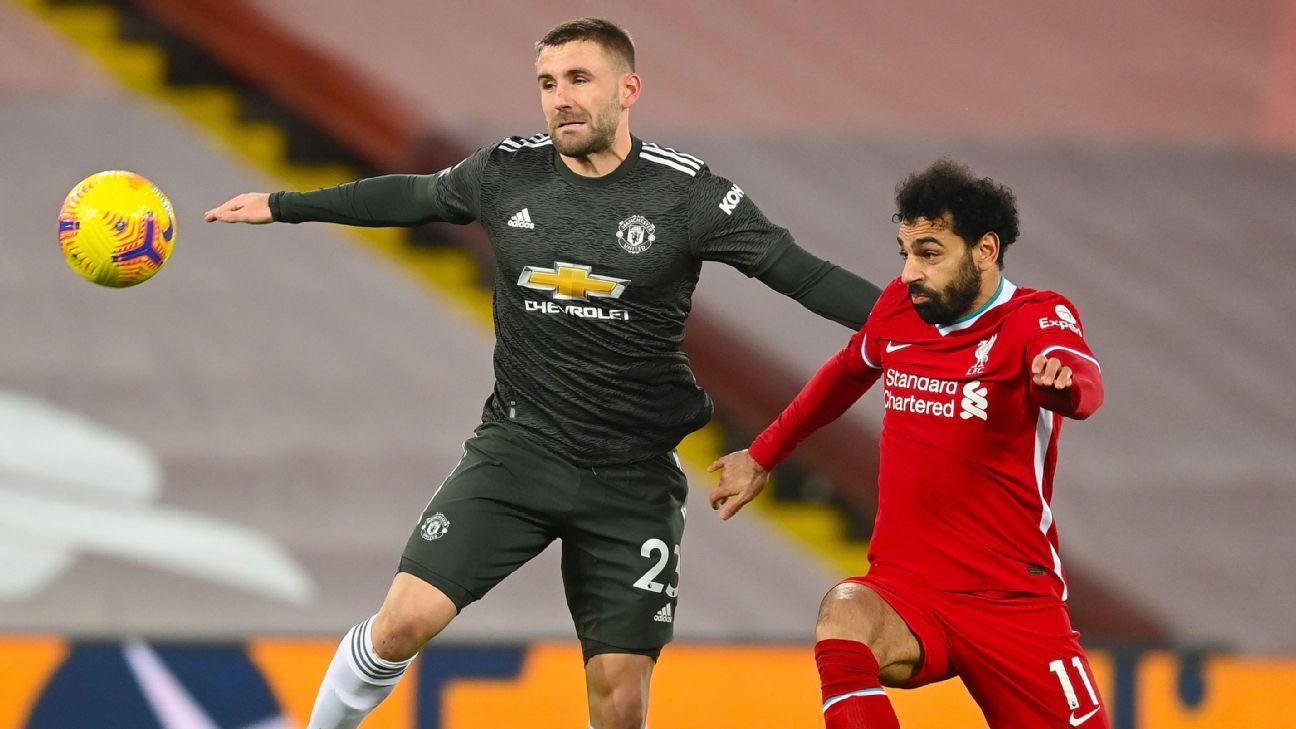 Goalkeepers Alisson and David De Gea were the heroes as Manchester United and Liverpool played out an entertaining 0-0 draw at Anfield on Sunday.

The game was billed as potentially going a long way to deciding the Premier League title this year as the first and third placed teams faced off. However, it was a scoreline that was perhaps to be expected as three of the last five meetings of the sides at Anfield have ended in scoreless draws.

Despite Liverpool enjoying the majority of the possession and shots on goal, United were controlled in defence and threatened with counterattacks.

The result suits Manchester City who play Crystal Palace later on Sunday. While City are in fifth place, they have two games in hand over the top four and two wins would take them to the top of the table.

While neither side broke the deadlock in the first half there were chances aplenty and either team could have easily snagged the game’s opening goal.

Liverpool rained 10 shots on the United goal and looked the better side for the opening 30 minutes but Ole Gunnar Solskjaer’s team came back into it in the final 15 minutes before half-time.

The second half continued at a similar pace. Roberto Firmino came close to scoring for Liverpool just before the hour mark when Andy Robertson blazed a ball across the United goal that he was inches from tapping home.

United’s best chance of the game came on 74 minutes when Marcus Rashford passed the ball to Luke Shaw on the edge of the box who sent a low ball dashing across the face of Alisson’s goal. Bruno Fernandes got a touch to it but directed right at the Liverpool keeper.

At the other end of the pitch, De Gea was also forced into a save as Thiago aimed a ball at the top left corner of his goal.

The result extends Liverpool’s winless streak at home to four games, the longest the side has gone without one since February 2017, and also marks their third Premier League game in a row without scoring.

United, on the other hand, extend their unbeaten streak to 12 Premier League games which keeps them at the top of the table.

“They started better than us but second half we came into a lot more. We created the best chances and on another day we win,” United captain Harry Maguire said after the game.

“It was cagey. Two good teams matching up. We created openings and had two great chances, two great saves.

“We wanted to win. You could see our intent in the second half, we wanted three points. We’ll feel a bit disappointed. It’s a tough place to come.”