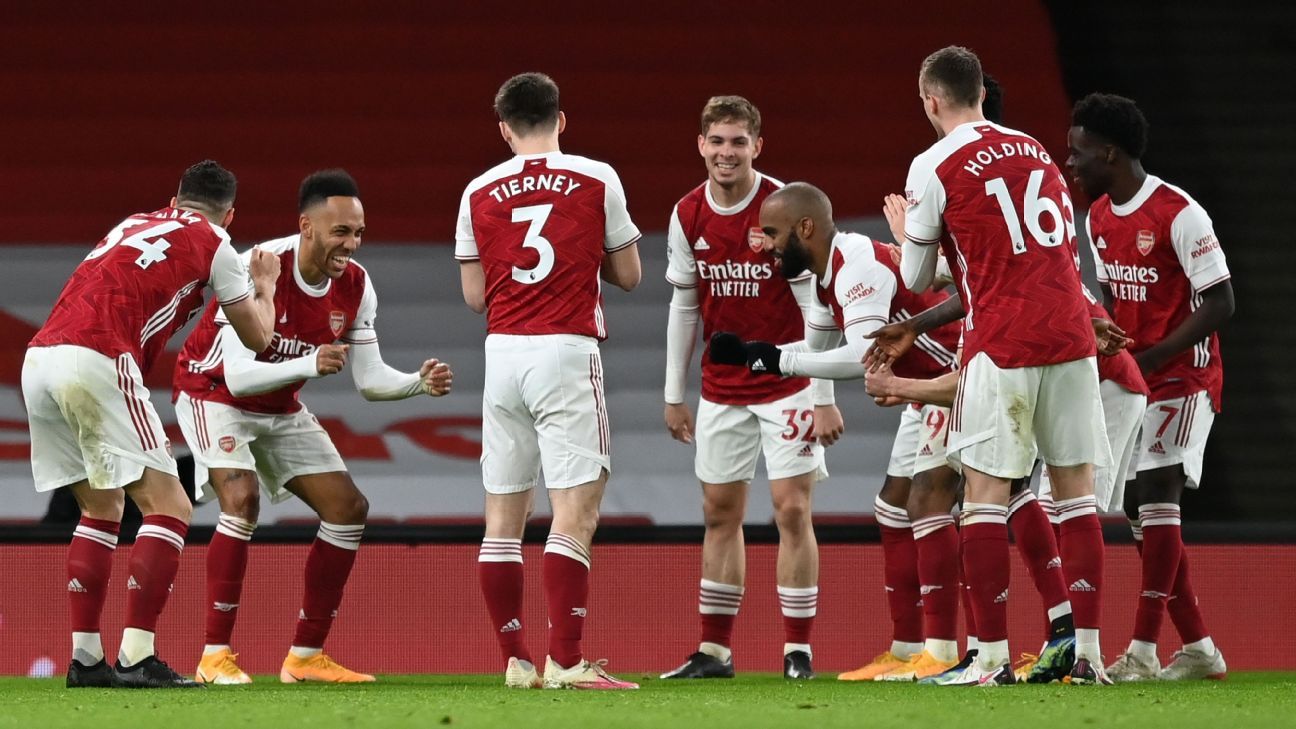 The win gives the Gunners 27 points and moves them back into the top half to the table, leapfrogging Aston Villa into 10th place.

Aubameyang broke the scoreless deadlock in the 50th mintue when he outflanked Newcastle’s defence and powered the ball into the net past keeper Karl Darlow.

Saka doubled the lead in the 60th minute when he sneaked into the penalty area and finished off a flick from Emile Smith Rowe in front of the net.

It was Aubameyang again for the final score in the 77th minute from close range with an assist from Cedric Soares.

Eriksen: Could have joined United three times
What do the big Premier League clubs have to sort before transfer deadline?
Stunning Messi double gives PSG big opening win
Sources: Chelsea to battle City for Cucurella
Semi-automated VAR offside to be used in UCL