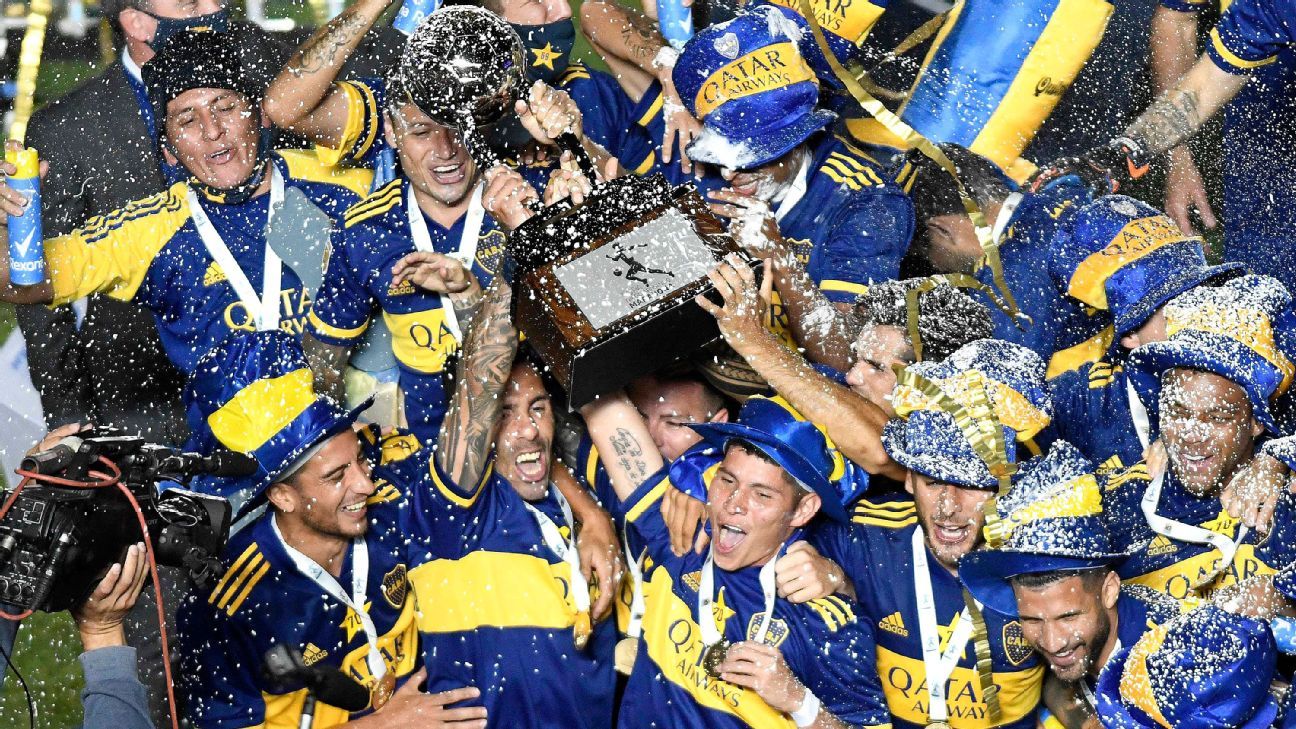 Boca Juniors won Argentina’s inaugural Diego Armando Maradona Cup 5-3 in a shootout on Sunday after Banfield had scored deep in stoppage time to level the match at 1-1.

The tournament, which was renamed to honour the Argentine great after he passed away in November, kicked off in October as football returned following a seven-month hiatus due to the novel coronavirus pandemic.

A rock band comprising former professional footballers played live on the pitch before kick off and the stadium was lit up with fireworks and a light show featuring images and quotes from the charismatic former Boca Juniors striker.

“This cup is a tribute to Diego, and he’ll surely be accompanying our celebrations,” Boca’s Ramon Abila said after the game.

After a tepid first 45 minutes at the San Juan del Bicentenario stadium, Boca took the lead with a spectacular strike from Edwin Cardona 19 minutes into the second half.

However, Luciano Lollo equalised in the sixth minute of stoppage time for Banfield, just moments after Boca had Emmanuel Mas sent off.

Boca, who last recorded a victory on Dec. 27, converted all five of their spot kicks while Jorge Rodriguez missed for Banfield.

Boca’s Cup win came after a disappointing midweek defeat to Santos saw them knocked out of the Copa Libertadores, the South American equivalent of the Champions League, at the semifinal stage.