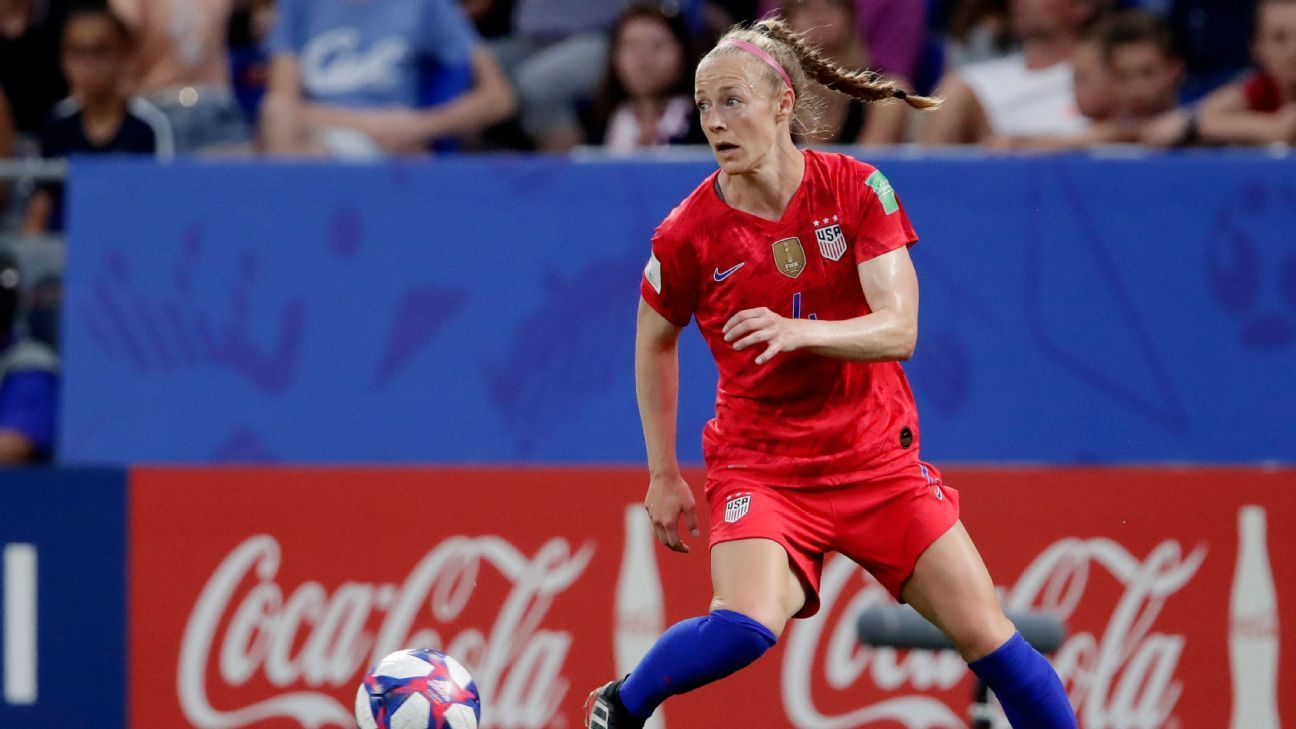 The move was made ahead of a pair of friendlies against Colombia in Orlando, Fla. on January 18 and Jan. 22.

Sauerbrunn, 35, has enjoyed a long tenure with the U.S., earning 178 caps and was also part of the World-Cup winning sides in 2015 and 2019. That experience has long made her one of the team’s leaders. She’s not new to the role either, having captained the side in 2016 and 2017 alongside Carli Lloyd. She most recently wore the armband in a November friendly win over the Netherlands. She was also part of the side that claimed the gold medal at the 2012 Olympics.

In the run-up to the 2019 World Cup, Megan Rapinoe, Carli Lloyd and Alex Morgan captained the side. Neither Rapinoe nor Lloyd were available for the most recent Netherlands match, while Morgan started the game on the bench. Now Andonovski is giving Sauerbrunn the captain’s armband full-time.

“It’s not so much [that] I have to change. It’s really, I bring the behaviors that I’ve always brought, and I’ve been that type of leader when I was the captain of this team a couple of years ago,” Sauerbrunn said on a Zoom call with reporters. “The role can always change, but I think the behaviors always stay the same. And so for me, I just need to stay the same person, lead in the same way, and just really empower those around me to really let them show their strengths. Collectively our strengths are always going to be stronger than our weaknesses.”

Andonovski and Sauerbrunn have an extensive history working with each other. Sauerbrunn was part of the FC Kansas City teams managed by Andonovski from 2013-17. But Andonovski stressed that his decision was more about the here and now, and not so much about their previous stint working with one another.

“On the national team I had a chance to analyze not just [Sauerbrunn], but everybody in terms of what their role is, and what their impact is on the field, off the field, travel, hotel, anywhere,” he said. “So with all the analysis and everything that we did. I felt like Becky is the best fit to be the national team [captain]. But at same time, I had a great conversation with Carli, [Rapinoe] and Alex before I made the announcement, and they were very supportive of that.”

The move was applauded by Manchester City midfielder Sam Mewis, who said she has routinely looked to follow the example set by Sauerbrunn.

“I like look to Becky as my moral compass, like whatever she’s doing is what I know is right, so I should probably do the same thing,” said Mewis. “And I just think her leadership here has been really important for this team and for all the girls, especially the young girls coming up. I think she’s always really made sure that she’s there for us and that she goes out of her way to make sure we’re doing okay. She’s just been like a really pivotal member of the team for so long.”

Americans in Europe: Where the USMNT’s World Cup hopefuls are playing across the Atlantic
Sources: Man Utd eye move for USMNT’s Pulisic
Which clubs make the most profit in the transfer window?
Social media reactions to Man United’s terrible loss against Brentford
Tottenham sign Udogie, loan him back to Udinese