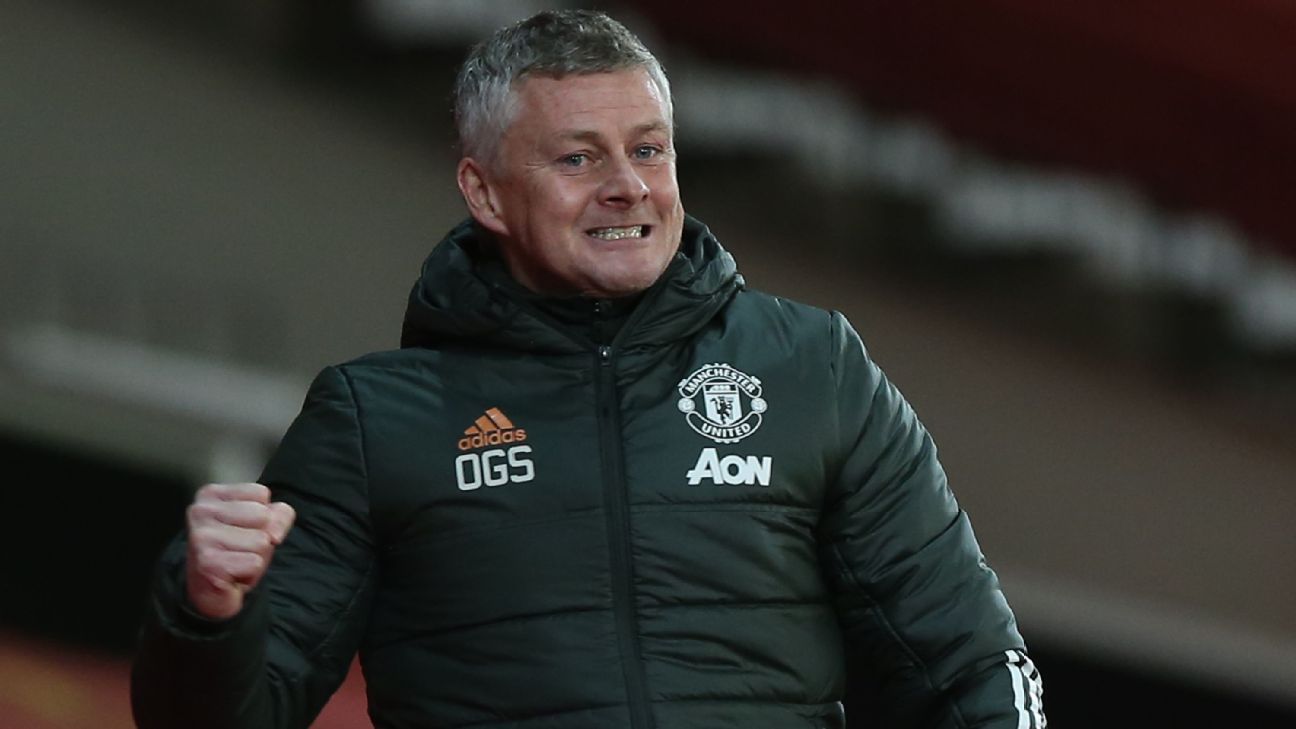 Ole Gunnar Solskjaer says he has proved he is the right man to manage Manchester United but admits it’s “easy” to get the top of the Premier League but much harder to stay there.

Solskjaer has faced doubts about his credentials since taking the reins at Old Trafford having only had previous spells with United’s reserves, Cardiff and Molde.

But the Norwegian says the progress the club has made since his appointment in December 2018 has justified the faith of executive vice-chairman Ed Woodward and the board, although he accepts the job is not yet done.

“Hopefully I have proven that I can help the club going forwards,” said Solskjaer.

“Personally I have felt very strong backing and leadership from the club, which has made the journey that we’ve been on — ups and downs — clear.

“The position we are in now is due to loads of hard work by everyone. We are halfway through the season and we are up there.

“It is not about getting there once — that is the easy bit to go up the league.

“Staying there is the challenge and that is the challenge we are looking forward to. Focusing on every game and building this squad and hope that in the end we can lift the trophy. That is when you can talk about moving the team where it should be.”

Janusz Michallik explains why he believes Man Utd will be happy with a point, but argues they should have pushed for more.

Solskjaer has spent heavily to strengthen his squad with additions like Harry Maguire, Bruno Fernandes and Aaron Wan-Bissaka but he has also benefited from an upturn in form from players he inherited.

Luke Shaw, Anthony Martial and Paul Pogba often struggled to get into the team under former manager Jose Mourinho but have become central to Solskjaer’s plans.

Shaw, in particular, was regularly criticised in public by Mourinho but has since become Solskjaer’s first-choice left-back and put in a man-of-the-match performance during the 0-0 draw with Liverpool on Sunday.

“We have set a culture in the way we want to behave, that’s helped them,” said Solskjaer.

“But personally I like to speak to them, I like to have individual chats. I am probably more honest with them there than what I am with you [the media]. And you always try to walk out that room having affected each other.

“If it’s a smile and walk out in a good mood, or I’ve made them think what they need to do to get back into the team. Individual chats I do really enjoy, I think it’s important.

“I remember from my time the managers and coaches I’ve had, and when they took the time to really see me as a human being, the whole me, my family and everything, that is a big part of my style.”

Van Dijk: Nunez must ‘control himself’ after red
Man United unveil green third kit, but how do other top clubs compare?
Dortmund late comeback sees off Freiburg
Xavi after Barca draw: We need more signings
Why Premier League would be foolish to ban Tuchel, Conte for full-time feud