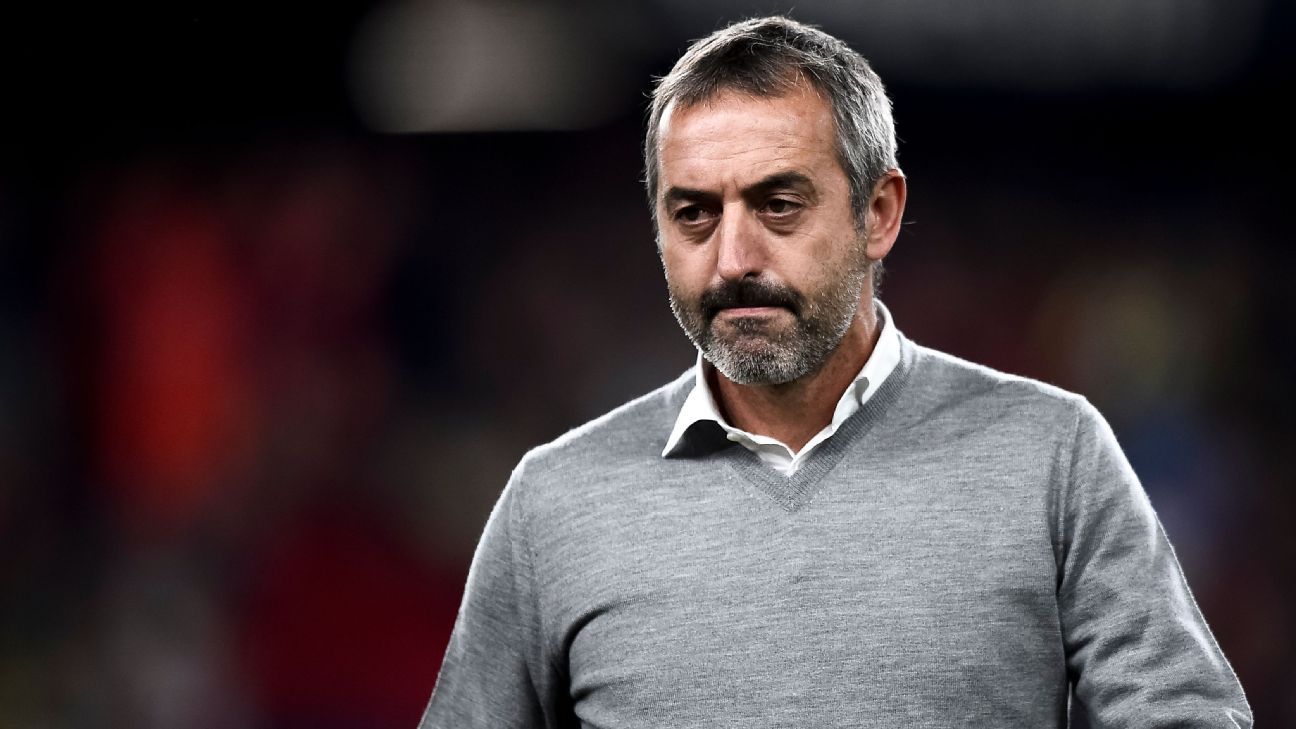 Torino sacked coach Marco Giampaolo on Monday after a poor start to the season.

Torino has won just two of its 18 Serie A matches this season, losing nine.

A 0-0 draw at home against promoted Spezia this past weekend left it 18th in the league standings, a point from safety.

“The club thanks Giampaolo and his staff for the professionalism and commitment shown in these months with the Granata,” Torino said in a statement.

The 53-year-old Giampaolo had only been in charge of Torino since August.

It is the fourth coaching change in Serie A this season. Fiorentina, Genoa and Parma also fired their coaches.