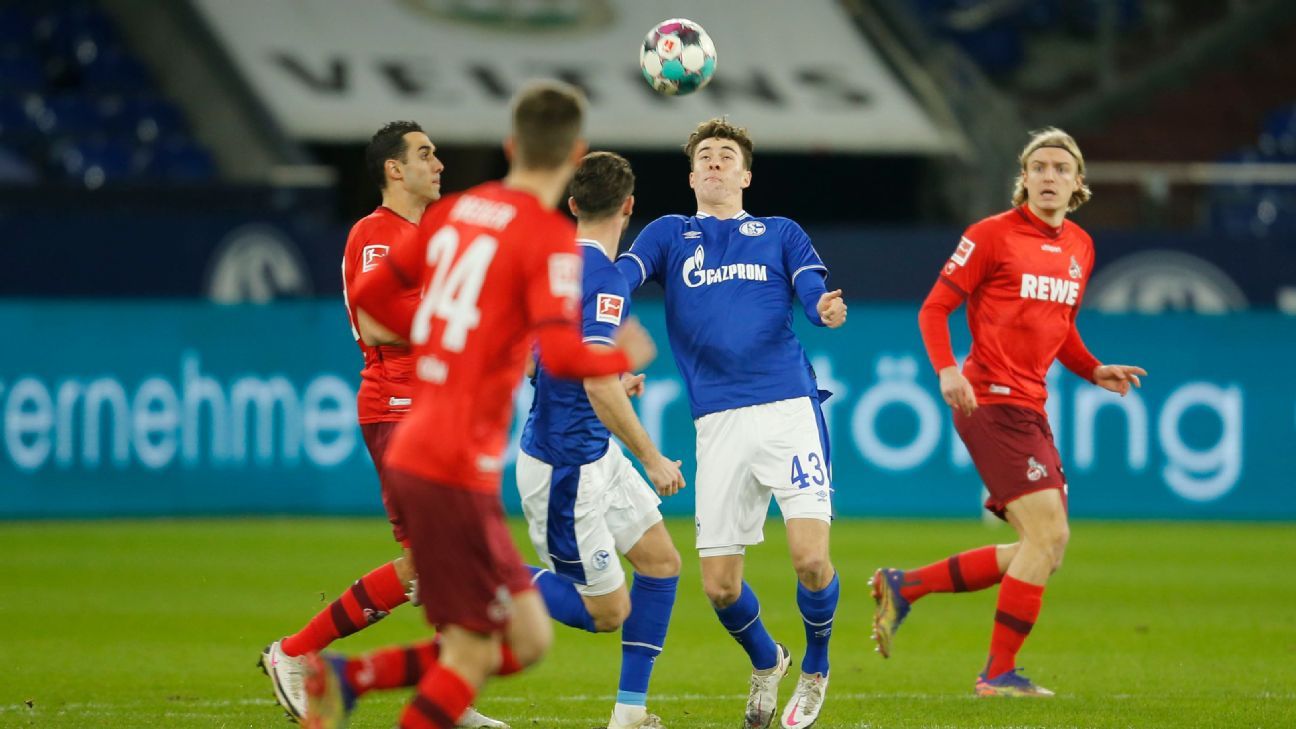 Jan Thielmann struck in the third minute of injury time for Cologne to end their five-game run without a win and leave the relegation zone. Schalke remain bottom with seven points at the halfway stage of the season.

The 19-year-old Hoppe grabbed his fifth goal of 2021 in the 57th minute when he nipped in to sweep home the equalizer.

Hoppe is the third American to score in three consecutive German league games after Eric Wynalda with Saarbrucken in 1992 and Clint Mathis with Hannover in 2004.