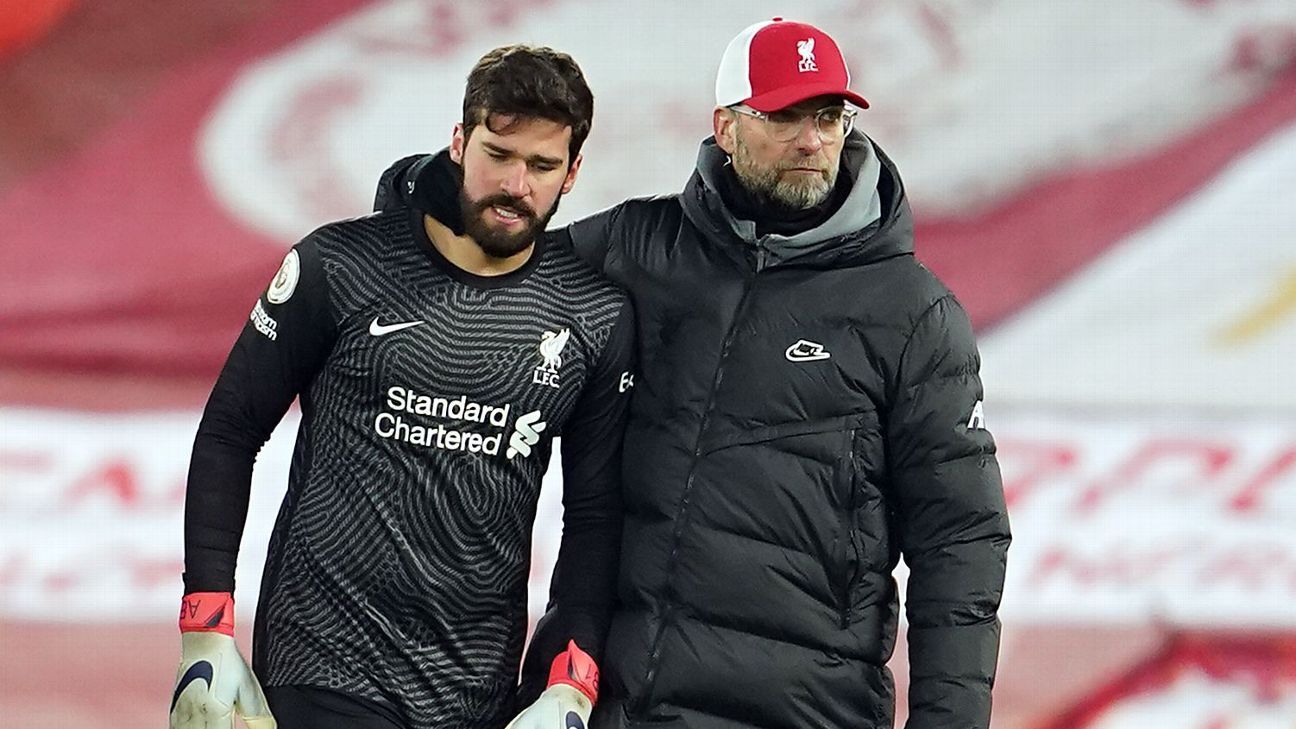 Liverpool‘s incredible 68-game unbeaten run at Anfield came to an end as the champions were beaten 1-0 on home turf by a resilient Burnley side.

Ashley Barnes picked himself up off the turf to fire home the game’s only goal from the spot having previously been brought down by the onrushing Alisson and the visitors held on to claim a huge three points.

At the other end, England goalkeeper Nick Pope produced a catalogue of excellent stops to deny Divock Origi, Trent Alexander-Arnold and Mohamed Salah amongst others, while Origi clattered the bar as the Reds failed to register a Premier League goal for the fourth game running.

The result means that Jurgen Klopp’s side — who are now winless in five league games — remain six points off top spot having failed to close the gap on leaders Manchester United.

The hosts made a lively start to a contest that all but one statistic will show they dominated. With more than half the season to play the Reds are still very much in the title race, but that’s all the positives I can find.

Liverpool’s ongoing drought in front of goal means they have now won just once against sides in the bottom six this season, and the Reds could slip out of the European spots if Tottenham and Everton capitalise on their games in hand.

5 — Klopp made two changes to a front three yet to score a league goal in January with Divock Origi and Xherdan Shaqiri both involved, but the outcome was very much the same as the Reds delivered another below-par display in front of goal.

GK Alisson, 5 — Got down quickly to deny Barnes with a smart stop having fumbled the initial cross, but a rush of blood saw him bring down the latter who beat him from the spot in the 83rd minute to secure an unlikely victory.

DF Trent Alexander-Arnold, 5 — Produced an endless collection of crosses from the right as you’d expect, but for once there wasn’t a red shirt on the end of any. It took a smart save from Pope to deny his low, left-footed strike, but he blazed an inviting free kick wildly over.

DF Joel Matip, 6 — An unhappy return for the 29-year-old who featured for the first time since Dec. 27th. He produced a composed display at the back, but Alisson’s error means there’s no clean sheet to show for it.

DF Fabinho, 5 — A couple of first-half chances for the man who’s now become something of a defensive stalwart, but he was unable to steer either of them into the back of the net. Fortunate not to be dismissed at the break for a kick-out after the half-time whistle.

DF Andrew Robertson, 6 — Plenty of overlapping runs, but asides from an intelligent back-heel to pick out Sadio Mane and a couple of deep crosses that came to nothing, the Scot had little to show for his attacking efforts.

MF Xherdan Shaqiri, 6 — There are few better on the ball than the Switzerland star who asked questions with an inviting delivery into the box which was glanced wide by Fabinho. Later had Pope scrambling after a thunderbolt that flew just wide.

MF Thiago, 6 — Fresh from a breath-taking performance against Manchester United, the midfielder picked out Trent Alexander-Arnold with a sublime pass out to the right, but a sore challenge from Barnes probably epitomised a frustrating evening.

MF Georginio Wijnaldum, 6 — Plenty of endeavour, but no joy. The Dutchman saw his strike from range comfortably blocked in the opening exchanges, but he picked out Thiago on the right with a lovely weighted pass as Burnley repelled another dangerous Liverpool attack.

MF Alex Oxlade-Chamberlain, 5, — A fourth Premier League appearance of the season for the Ox who stung the palms of Nick Pope with a thumping drive from the edge of the box. He was quiet thereafter though and was withdrawn for the final half-hour.

FW Divock Origi, 5 — A rare start for a man desperate to grab a goal, but it wasn’t to be as he blazed his first effort horribly over the bar. The forward responded well and saw a couple of decent efforts saved by the impressive Pope, but rattled the woodwork when clean through on a breakaway.

FW Sadio Mane, 7 — Showed the intensity his manager will have been looking for when his searching ball towards Robertson was turned behind for a corner, and he caused problems with a couple of driving runs forward that pressured the visiting defence.

FW Mohamed Salah, 6 — It took all of three minutes for him to draw the best out of Pope following his arrival as the ‘keeper somehow kept out his sweetly-struck effort towards the near post.

FW Takumi Minamino, N/R — An energetic display following his late introduction, but he couldn’t find a way past a robust visiting defence.

Source: Quakes to hire U.S. assistant Gonzalez
Premier League in 1992: The rebrand that changed everything
Man United unveil green third kit, but how do other top clubs compare?
Klopp: Critics judged Nunez too early
Why Premier League would be foolish to ban Tuchel, Conte for full-time feud