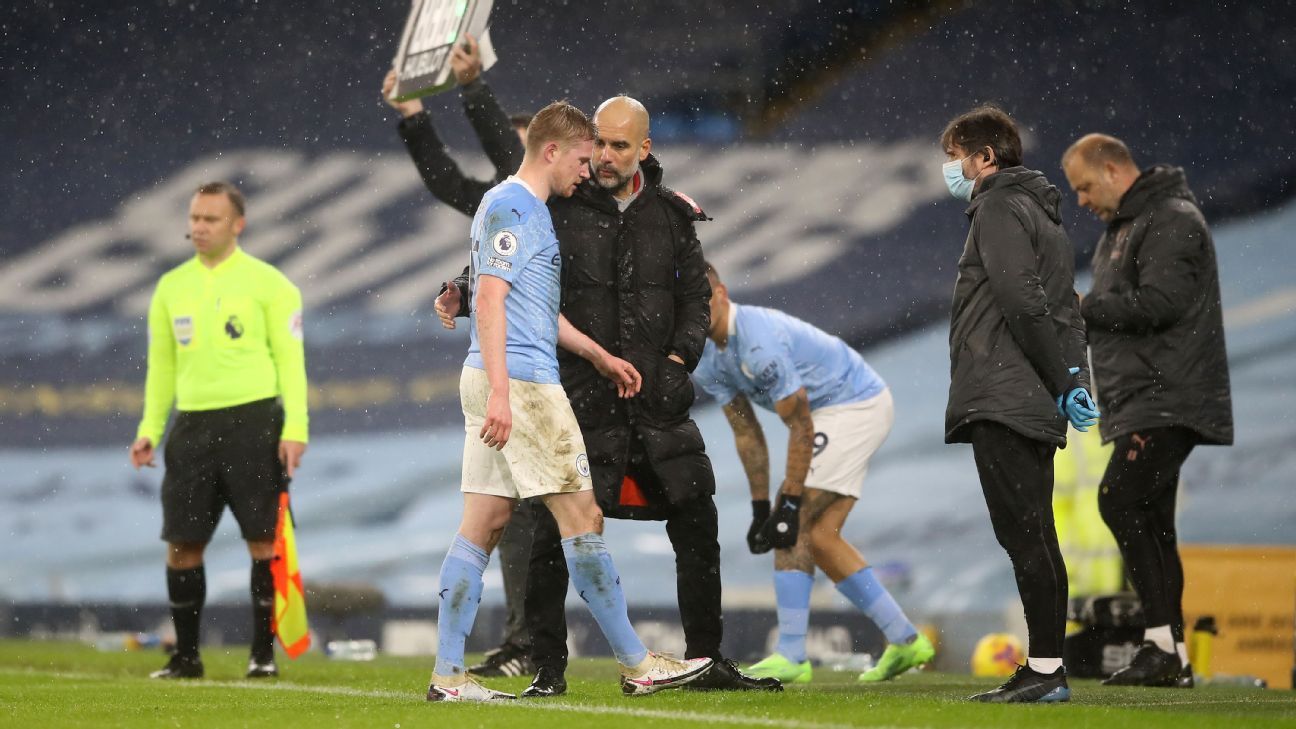 Belgian De Bruyne looked to have sustained a leg muscle injury and was replaced on the hour mark at the Etihad Stadium, while full-back Kyle Walker went off in the first half after a collision with Villa’s Jack Grealish.

– Dawson: Resilient City show title-winning mettle to get past Villa

“I haven’t spoken to the doctor,” Guardiola told a news conference. “If Kyle asks to be out, it is because something happened. Hopefully it is just a kick.”

Guardiola said De Bruyne’s injury could be a result of a packed schedule.

“Kevin put his hand on his leg, so I have the feeling it will be something muscular,” the Spanish coach said.

“It is normal, these things happen with this amount of games.”

City have won six straight league games and are two points behind leaders Manchester United, who have played a game more.