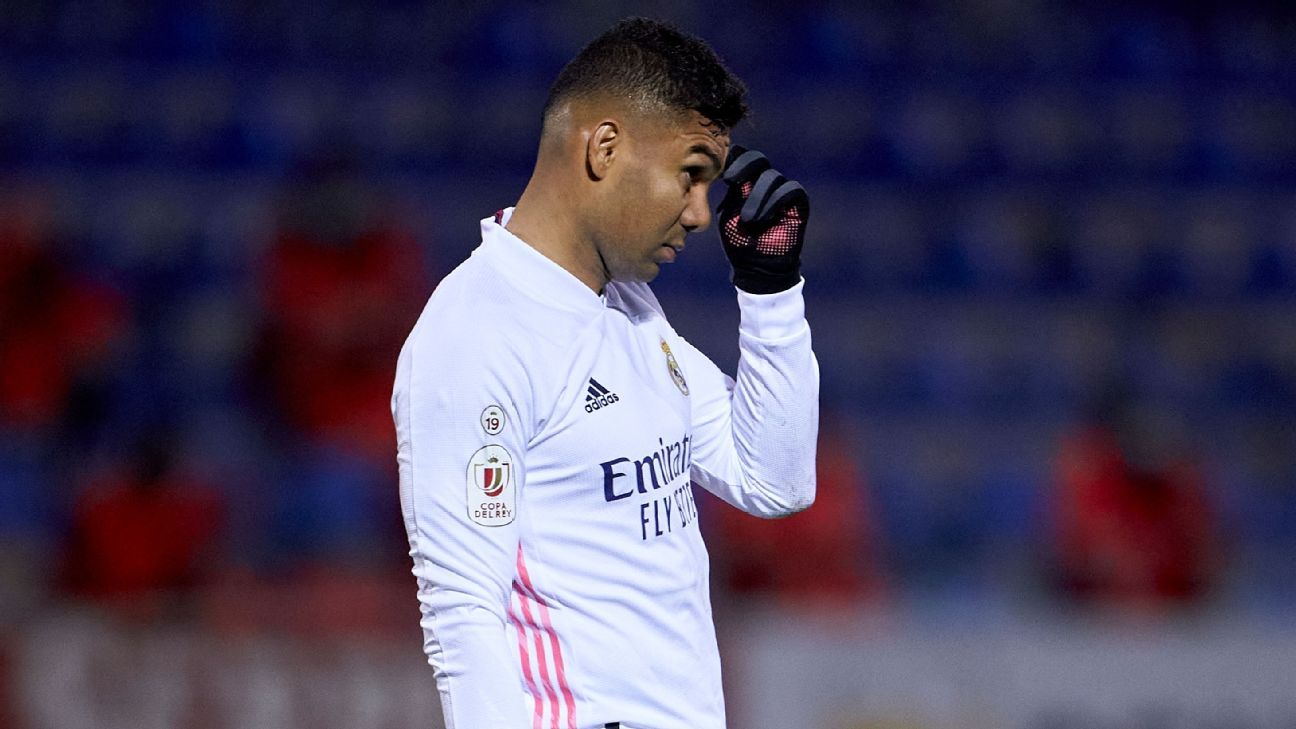 Real Madrid coach Zinedine Zidane has taken full responsibility for Thursday’s early exit from the Copa del Rey at the hands of Spanish third division side Alcoyano but says the upset is “not a disgrace.”

Madrid lost 2-1 in extra-time in the last 32 with Alcoyano playing the last 10 minutes of the game a man down after Ramon Lopez’s sending off.

“We tried,” Zidane said after the match. “The players gave their all on the pitch.

“I’m the coach, the responsibility is mine. I’m responsible. We’ve played against a third division team and we should have won but it’s not a disgrace.”

Asked if he is feeling the heat, Zidane said: “I’m calm. We will see what happens in the next few days.”

Casemiro and Lucas Vazquez were the only regulars included in Zidane’s starting XI against Alcoyano.

However, Zidane brought out Karim Benzema after the hour and trio Toni Kroos, Eden Hazard and Marco Asensio at the start of extra time in the hope of finding the winner.

However, it was Alcoyano that struck five minutes from time.

“This is football,” Zidane said. “These are things that happen in the life of a footballer. Had we scored the second goal it would have been a different game. Their goalkeeper made two or three saves.”

Madrid had gone into the encounter looking to bounce back from last week’s Super Cup semifinal defeat to Athletic Bilbao.

“It’s another painful day,” he said. “We are now out of the Copa. It’s a difficult time. But we are not going to go crazy right now. We are going to think and continue to work.”

Zidane believes he still has the support of his players.

“Yes, I think so,” he said. “But you have to ask the players. We are all on the same boat. All defeats are painful. I don’t like to lose and neither do my players. Now we have La Liga and the Champions League to focus on.”

“We will need a few days for this to sink in,” Alcoyano’s Juan Antonio Casanova, who scored the winner said. “We had nothing to lose, a third division side against Real Madrid. With 11 players it was going to be difficult, with 10 it was all the more challenging.”

Alcoyano goalkeeper Jose Juan, who made key saves on the night to deny Madrid a win, said: “They [Real Madrid] had to bring out [on the pitch] everyone but we played a fantastic game.

“It would be amazing it we reached the final of this competition. Our main focus in on the league and in Sunday’s game against Orihuela.”