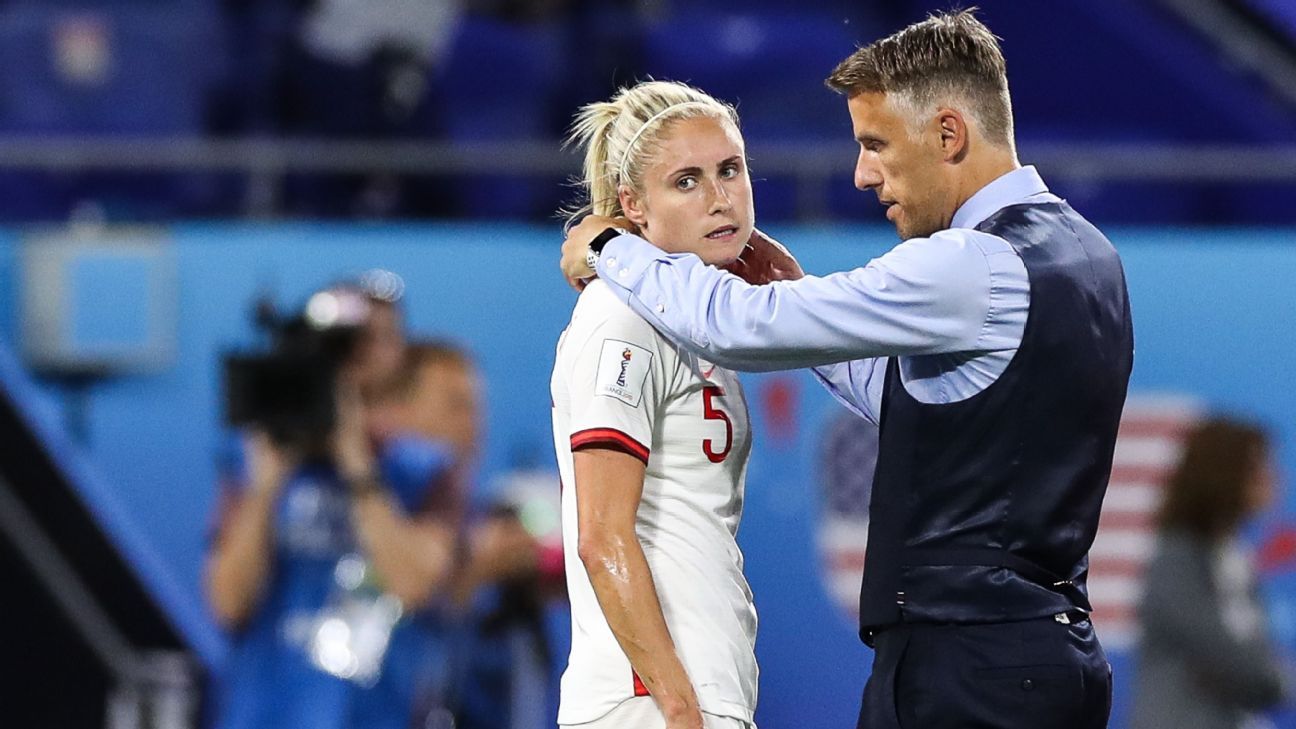 Neville stepped down from his role on Monday and joined David Beckham’s Major League Soccer side Inter Miami as their new manager.

The 44-year-old, who had been due to lead the Team GB women’s side at the Tokyo Games, had said last April he would be moving on after the Olympics due to the women’s European tournament being postponed from 2021 by the COVID-19 pandemic.

Neville, who was appointed in January 2018, led England to their maiden SheBelieves Cup in 2019 and the World Cup semifinals later that year.

“Everybody was disappointed to see him go,” Houghton told Sky Sports. “I think obviously what he did over the last three years, not just in terms of raising the profile of the women’s game, getting us to play in the biggest stadiums, taking us to the semifinals of the World Cup.

“And from a personal point of view and the team’s point of view, he did so much hard work off the pitch to make us even better players and better people… we’ll miss him.”

Kasey Keller and Steve Cherundolo debate whether Jordan Morris is better suited for the English Championship or German Bundesliga.

Hege Riise, a World Cup winner with Norway in 1995 and an Olympic gold medallist in 2000, will take interim charge of England until Sarina Wiegman, currently the head coach of the Netherlands women’s team, takes over in September.

“We’ve got Hege that’s coming in and obviously her playing career kind of speaks for itself,” said Houghton.

“As a team we know that there’s going to be a lot of change over the next 12 months… so we’ve just got to embrace that and make sure we perform at the highest level that we can possibly.”