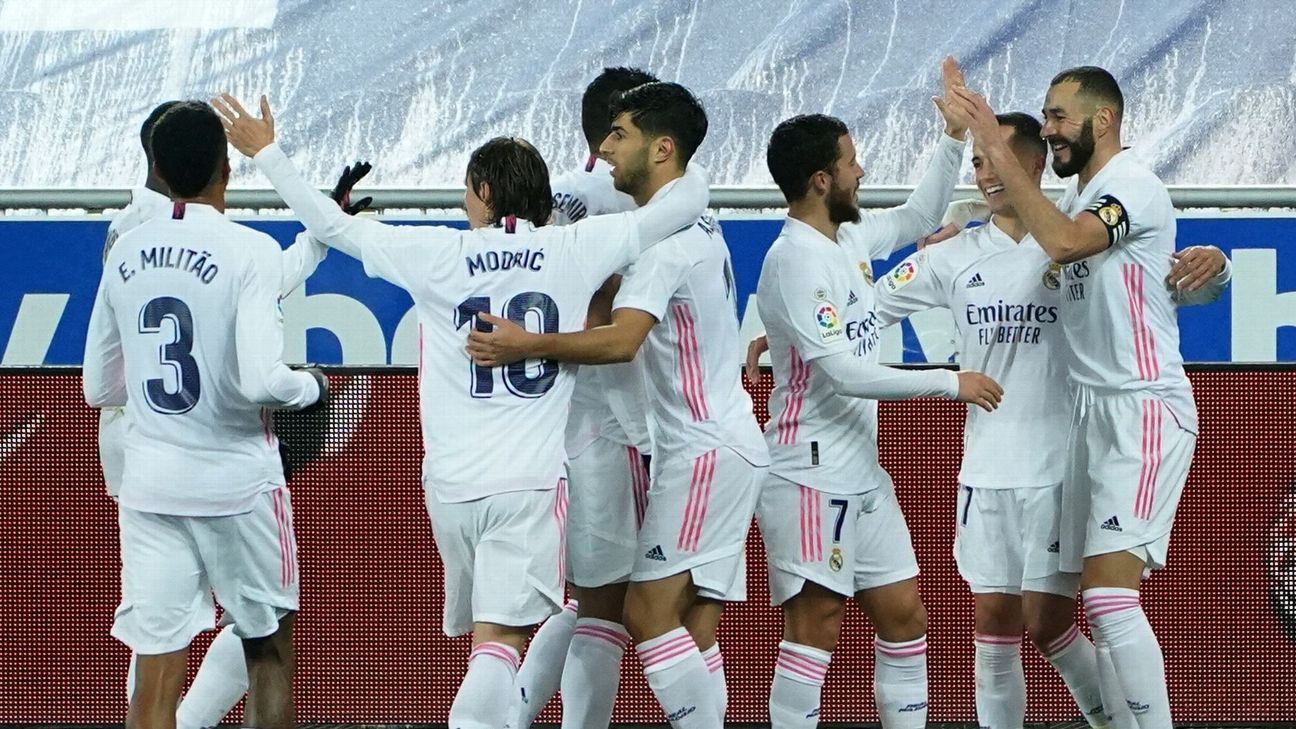 Benzema and Hazard, who scored for just the second time all season, added a pair of well-taken goals shortly before half-time as Madrid took a 3-0 lead into the break.

Alaves pulled one back shortly before the hour mark when Joselu beat Thibaut Courtois from a Lucas Perez cross following a set piece to trim Real’s lead to two goals.

Benzema put any hopes of a comeback for the hosts away soon after the Joselu goal, cutting in from the left on a counter-attack and burying a right-footed shot that Alaves’ Fernando Pacheco had no chance to save.

The result puts Real Madrid on 40 points in La Liga after 19 games, four behind leaders Atleti, who have two games in hand over their chasing city rivals.