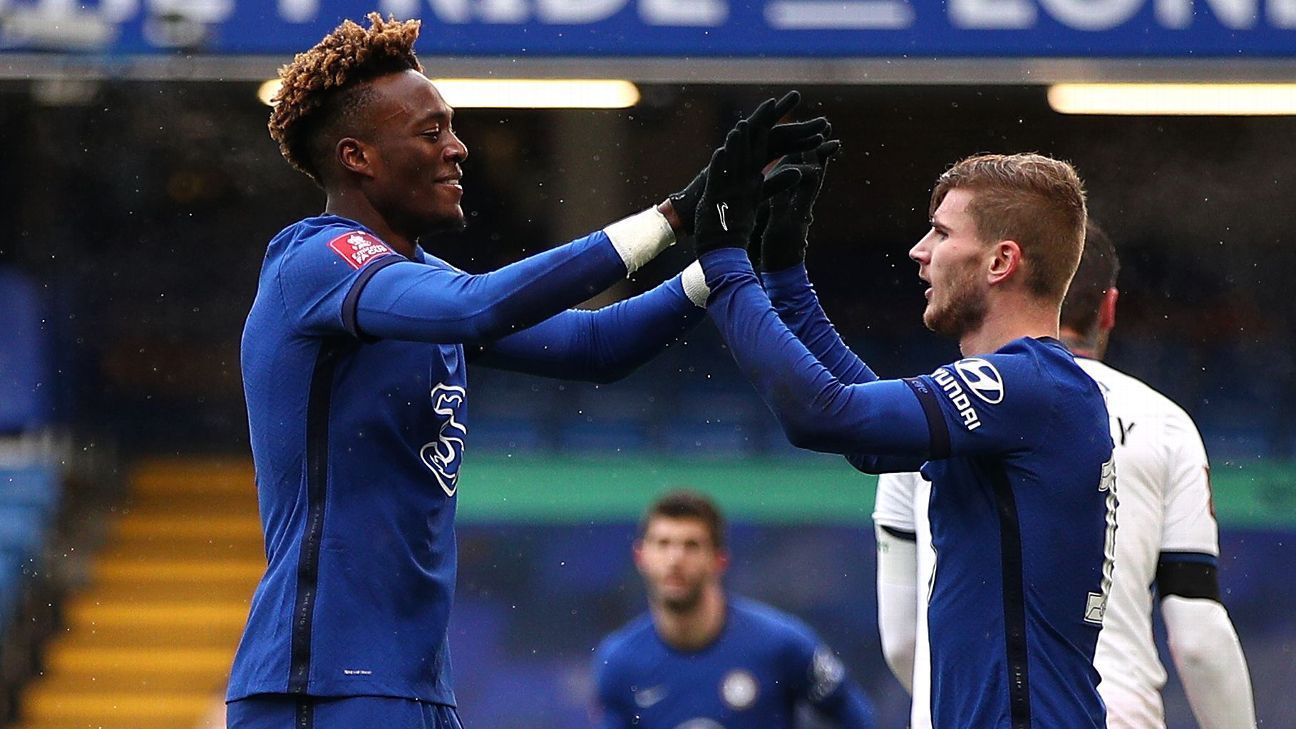 Tammy Abraham grabbed a hat trick to steer Chelsea into the fifth round of the FA Cup with a 3-1 win over Luton Town on Sunday.

The result eases pressure off Chelsea boss Frank Lampard after a run of poor results in the Premier League.

“It’s great to score a hat trick and win so comfortably. Luton are a good side,” Abraham told the BBC.

However, there were still concerns for Chelsea after goalkeeper Kepa Arrizabalaga made a mistake for Luton’s goal and Timo Werner missed a late penalty.

Kickoff was delayed due to the ground staff clearing the heavy snow of the pitch.

Chelsea opened the scoring after 11 minutes when Abraham converted Werner’s low cross. Luton were furious because there appeared to be two balls on the pitch in the build up to the goal but the officials allowed play to continue.

The Championship side got back into the game after 30 minutes when Kepa failed to keep out Jordan Clark’s close-range effort.

Christian Pulisic came close to a third after the break but Luton goalkeeper Simon Sluga produced a fantastic save to deny him.

Just after the hour mark, Luton had a wonderful opportunity to equalise but Kepa redeemed himself with a fine stop from Harry Cornick.

Having missed a header moments before, Abraham grabbed his hat trick with a tap from substitute Callum Hudson-Odoi‘s cross after a great team move.

With five minutes to go, Chelsea were awarded a penalty after Werner was brought down in the box but he saw his penalty saved by Sluga.

Chelsea face an away trip to Barnsley in the fifth round in February.