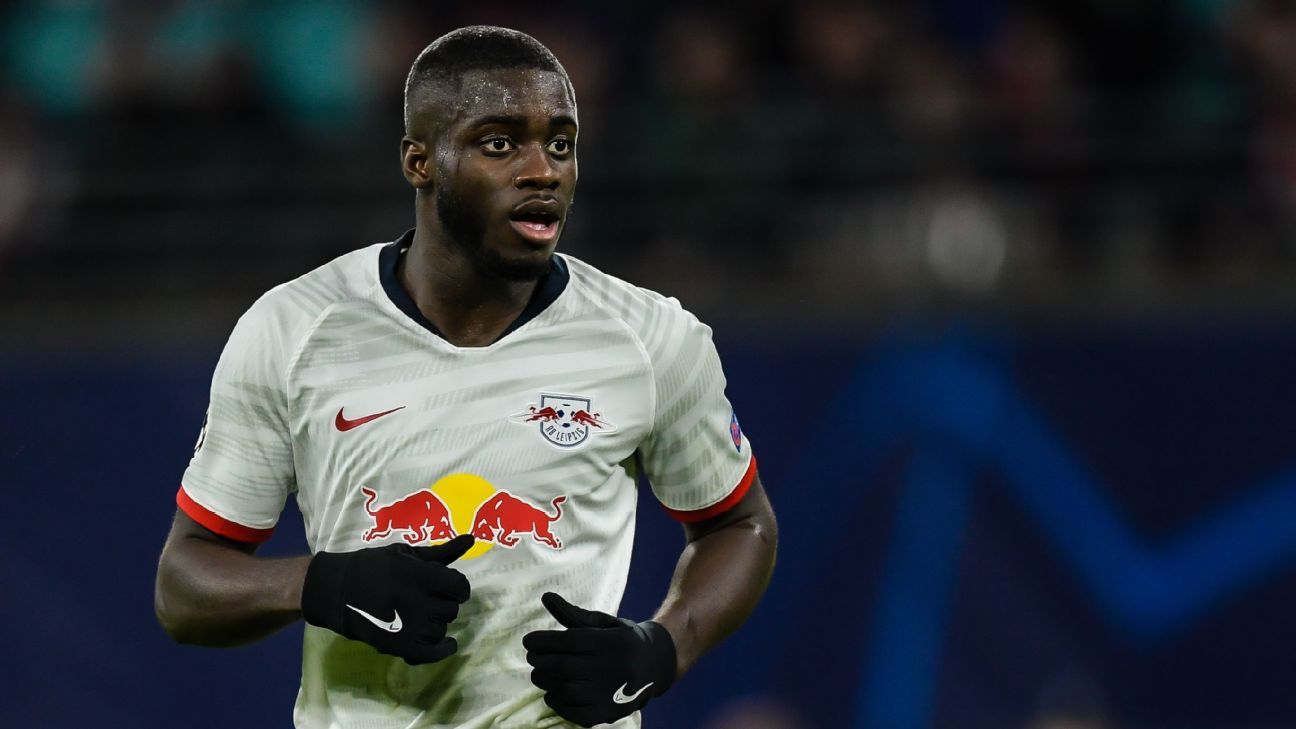 Manchester United are set to beat Liverpool and others to the signing of RB Leipzig defender Dayot Upamecano, reports The Sun.

Anfield boss Jurgen Klopp had targeted Upamecano to strengthen his defence, though Liverpool were adamant they wouldn’t pursue the 22-year-old in January because of budgetary constraints. And now Ole Gunnar Solskjaer is poised to step in, though Upamecano’s release clause can only be activated in the summer.

United had scouted the defender for over a year and were close to landing him last summer. However, they were forced to step back when the player’s father started making extra demands. Now, they feel better placed to land their man, according to the report.

Liverpool have come under fire for not finding a replacement for Virgil van Dijk or Joe Gomez, a decision that could yet prove costly in the title race.

United are also said to be considering Real Madrid defender Raphael Varane, who is keen to leave the Bernabeu.

Dzeko has his pick in likely Roma exit

Edin Dzeko is being linked with a move away from Roma after having fallen out with boss Paulo Fonseca, and Calciomercato reports a move to Juventus on loan is most likely.

However, the Italian site is also linking the Bosnian striker with a move to Paris Saint-Germain or Internazionale, after he was left out of the side to face Spezia on Saturday.

Dzeko has reportedly been told he can leave before the end of January because Fonseca is unlikely to change his tactical approach.

And Juve, who are keen to add a fourth striker, would appear to be at the front of the queue. Andrea Pirlo was keen to sign Dzeko in the summer and may now have more chance of landing the man he feels can help the Bianconeri battle on three fronts.

PSG and Inter are also considering Dzeko as a perfect short-term option as cover for their own attacking forces.

Lingard future to be decided after Liverpool cup tie

Manchester United striker Jesse Lingard is wanted on loan by Newcastle United, West Bromwich Albion and Sheffield United, but his future won’t be decided until after his team’s FA Cup tie with Liverpool (stream live on Jan. 23 at 1 p.m. ET on ESPN+ in U.S.), reports the Daily Mail.

United’s Solskjaer is keen to see the outcome of the game and assess United’s potential future fixtures before committing to a decision on the England international.

Newcastle boss Steve Bruce is desperate for reinforcements after his side extended their recent dismal run to 10 games without a win in a loss to Aston Villa on Saturday. Bruce is keen to land Lingard as well as Leicester City‘s Hamza Choudhury.

Lingard has been in inconsistent form for a year, and though he featured in United’s FA Cup third-round win against Watford, he is yet to play in the Premier League this season.

However, should United find themselves in the FA Cup and the Premier League title race, as well as the Europa League, Solskjaer may well feel he needs cover in case of injury.

– Everton are keen to sign AC Milan striker Rafael Leao, but they’ll need to offer more than the €30 million already rejected by the Rossoneri, reports Calciomercato. Milan chiefs have rebuffed the Toffees’ initial offer and have stated that their valuation of the 21-year-old is much higher.

– West Ham United are hoping to sign Odsonne Edouard from Celtic before the end of the January transfer window, but the player is said to be keen to move elsewhere, reports the Daily Star. West Ham boss David Moyes is desperate to replace Sebastian Haller, who joined Ajax earlier this month, and Edouard fits the bill having scored 74 goals in 151 games for Celtic. West Ham are willing to offer £35m.

– Barcelona want to sign Juan Bernat from PSG this summer, according to Mundo Deportivo. The defender’s contract ends on June 30, and though he is out with a serious knee injury, he remains very high on the agenda of the Catalan club for next season.

– Arsenal and Burnley are believed to be battling it out for Stoke defender Nathan Collins, with the Clarets apparently favourites to land the £10m-rated youngster, according to The Sun. The 19-year-old is Burnley’s top choice to replace James Tarkowski and would represent a long-term signing that fits well with the new American owners’ vision.