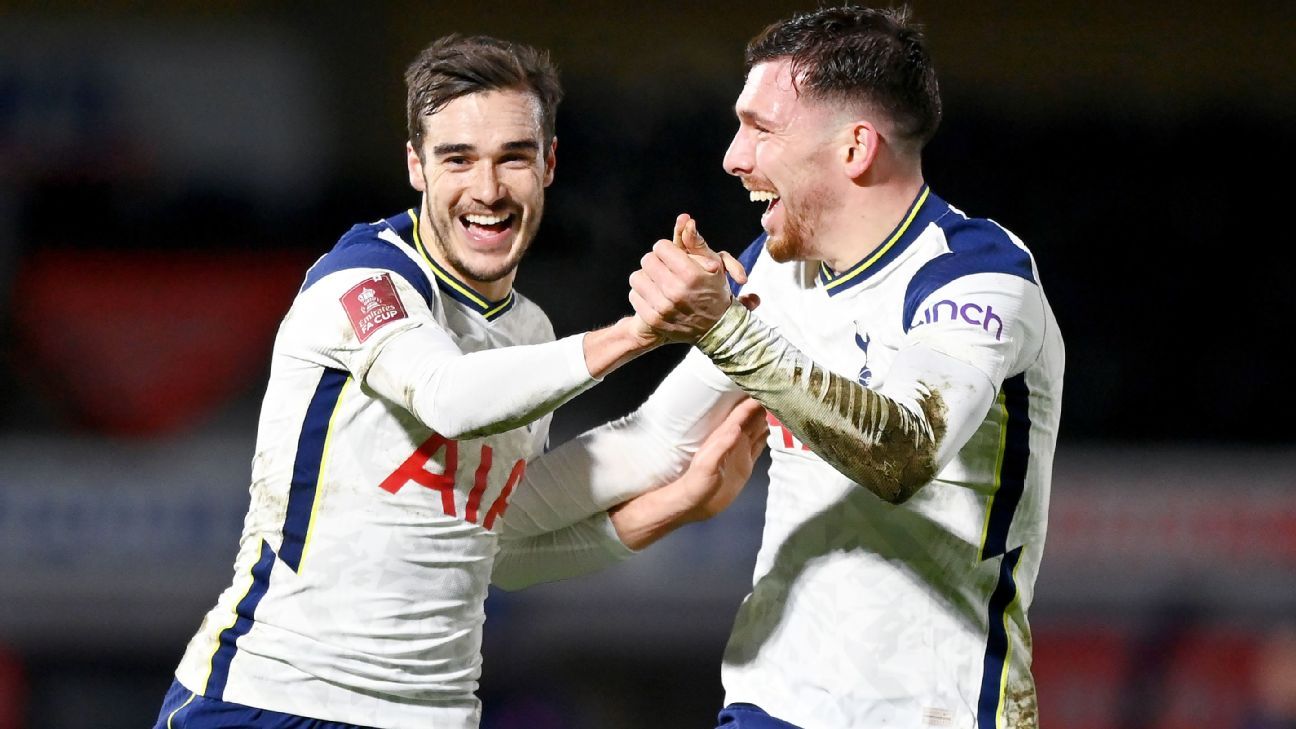 Tottenham Hotspur needed a late surge to see off Wycombe Wanderers 4-1 in their FA Cup fourth-round tie on Monday night.

The Championship side took a surprise lead in the 25th minute when Fred Onyedinma popped up in the perfect spot in front of goal and side-footed past Joe Hart to make it 1-0.

However, Spurs hit back in first-half stoppage time as Gareth Bale turned in a clever shot from close range from a Lucas Moura through ball to level the score before the break.

With passage to the fifth round looking in doubt, Tottenham manager Jose Mourinho brought on Pierre-Emile Hojberg at half-time and Harry Kane shortly before the hour, but the hosts continued to provide stiff resistance as the match stayed deadlocked at 1-1.

Back-to-back goals from Harry Winks and Tanguy Ndombele finally broke Wycombe’s resistance as Tottenham pulled away and moved into the last-16 of England‘s oldest cup competition.

Spurs added a fourth as full-time approached when Ndombele’s shot from close range took a deflection and found its way into the back of the net.

Next up for Tottenham in the FA Cup is a fifth-round match against Everton at Goodison Park.