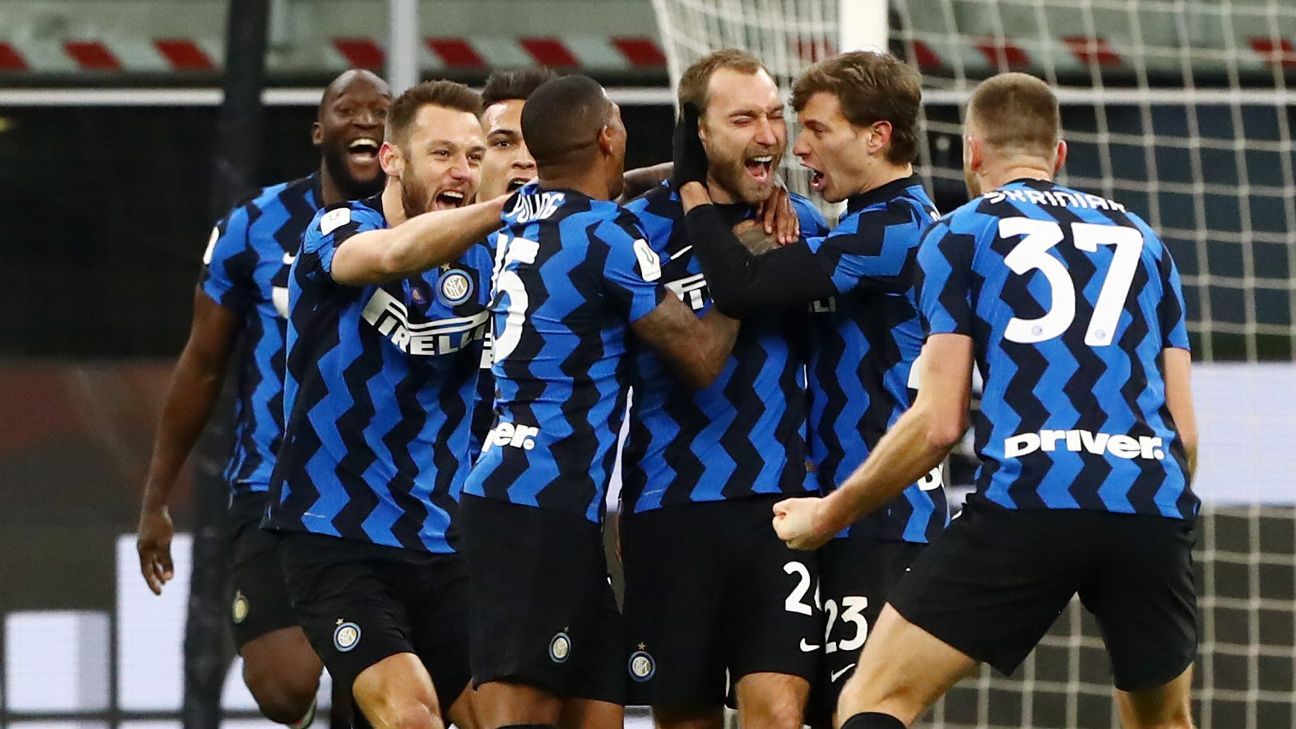 AC Milan‘s Zlatan Ibrahimovic was sent off before forgotten man Christian Eriksen fired a dramatic late winner to earn Internazionale a 2-1 victory in a fiery Coppa Italia quarterfinal in the San Siro on Tuesday.

Ibrahimovic’s match started in typically clinical fashion in front of goal after the evergreen Swede superbly fired home in the 31st minute to give Milan the lead — his eighth goal in seven appearances for Milan against Inter in all competitions.

As the first half drew to a close, Ibrahimovic was booked for his part in a clash with Inter’s Romelu Lukaku, with the pair, former teammates at Manchester United, continuing their argument down the tunnel at halftime.

Both seemed to have calmed down after the break, but Ibrahimovic picked up his second yellow for a trip on Aleksandar Kolarov and was sent off in the 58th minute.

Inter took advantage of the extra man, with their top goalscorer Lukaku firing a 71st-minute penalty into the net off the underside of the crossbar to equalise.

Inter bombarded the Milan goal but could not find a winner until substitute Eriksen stepped up with a stoppage-time free kick to book his side a semi-final clash with either Juventus or SPAL who play on Wednesday.