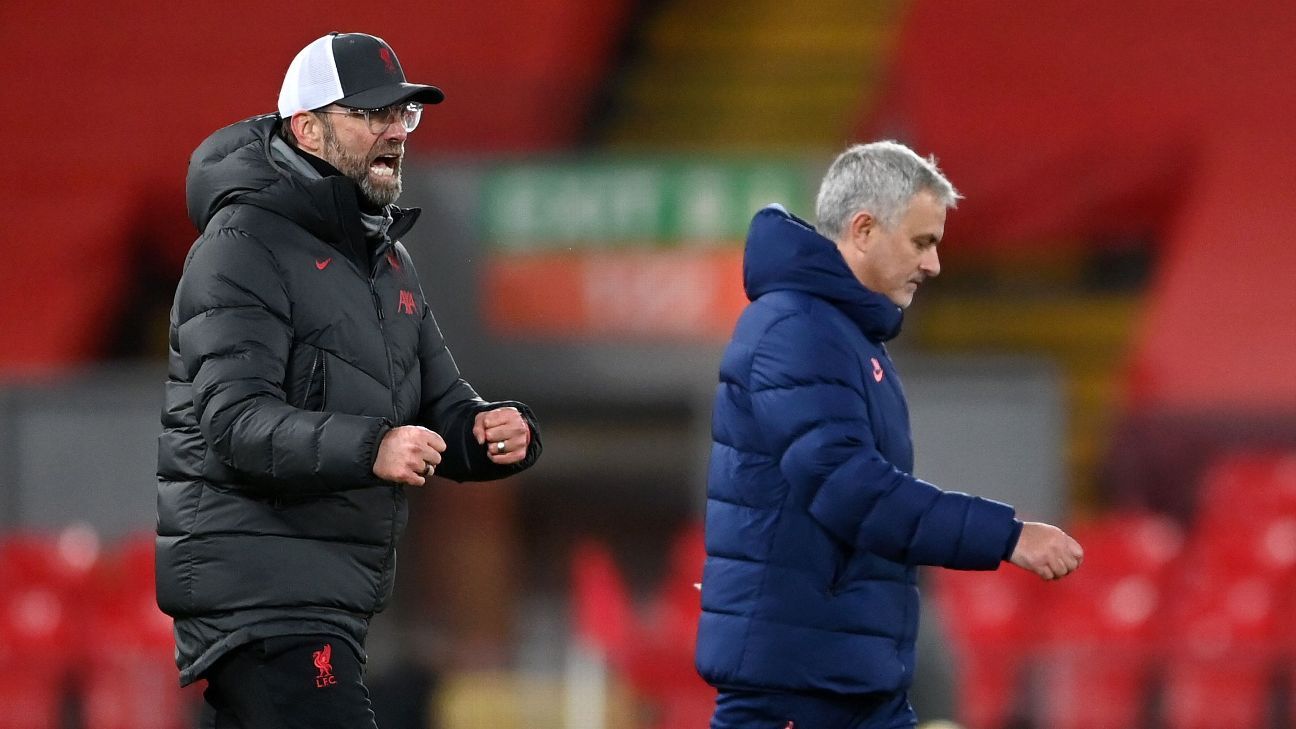 Jose Mourinho has urged officials to clamp down on Jurgen Klopp if necessary when Tottenham Hotspur host Liverpool in Thursday’s Premier League clash after reiterating his claim that other managers are shown more leniency for their touchline behaviour.

The Spurs boss clashed with his Liverpool counterpart Klopp following the reverse fixture in December, exchanging angry words at full-time before Mourinho suggested afterwards that: “If I behave the same way on the touchline, I do not stay there.”

“And I felt that I had to change my behaviour, which I am really, really happy with. That’s my personal case. I cannot speak for other guys.

“What I can speak is when I didn’t behave well, I paid the price in two ways. One was to see matches on TV, in the dressing room and another price was big money fines.

“And I feel that some of the other guys, it doesn’t happen the same with them. But if the referee and the fourth official are there to do their job, I just hope they do their job and to act the way they have to act.”

Mourinho, who has amassed Football Association fines of approximately £295,000 since first managing in England in 2004, also admitted he was not particularly close to Klopp even though the pair have managed teams against each other 12 times dating back to October 2012.

“I don’t have [Leicester City boss] Brendan [Rodgers’] phone number, like I have [Wolves manager] Nuno [Espirito Santo],” he said. “So yesterday I could send ‘happy birthday’ to Nuno, I couldn’t to Brendan. So through you, happy birthday Brendan. Because me, Nuno and Brendan, all three birthdays are the same day and you don’t forget when you have friends with the same birthday.

“I’m not a friend of Jurgen because I never had time with Jurgen. Nuno was my player [at Porto], Brendan worked in my club [Chelsea] for a couple of years. So when you have something in common or know the person well, you can say ‘I like him, he’s my friend’ or ‘I don’t like him, he’s not my friend.’

“With Jurgen, it’s five minutes before or after match. He’s a colleague I respect, I don’t have any problems with him and I believe he’s the same with me. No problems at all.”