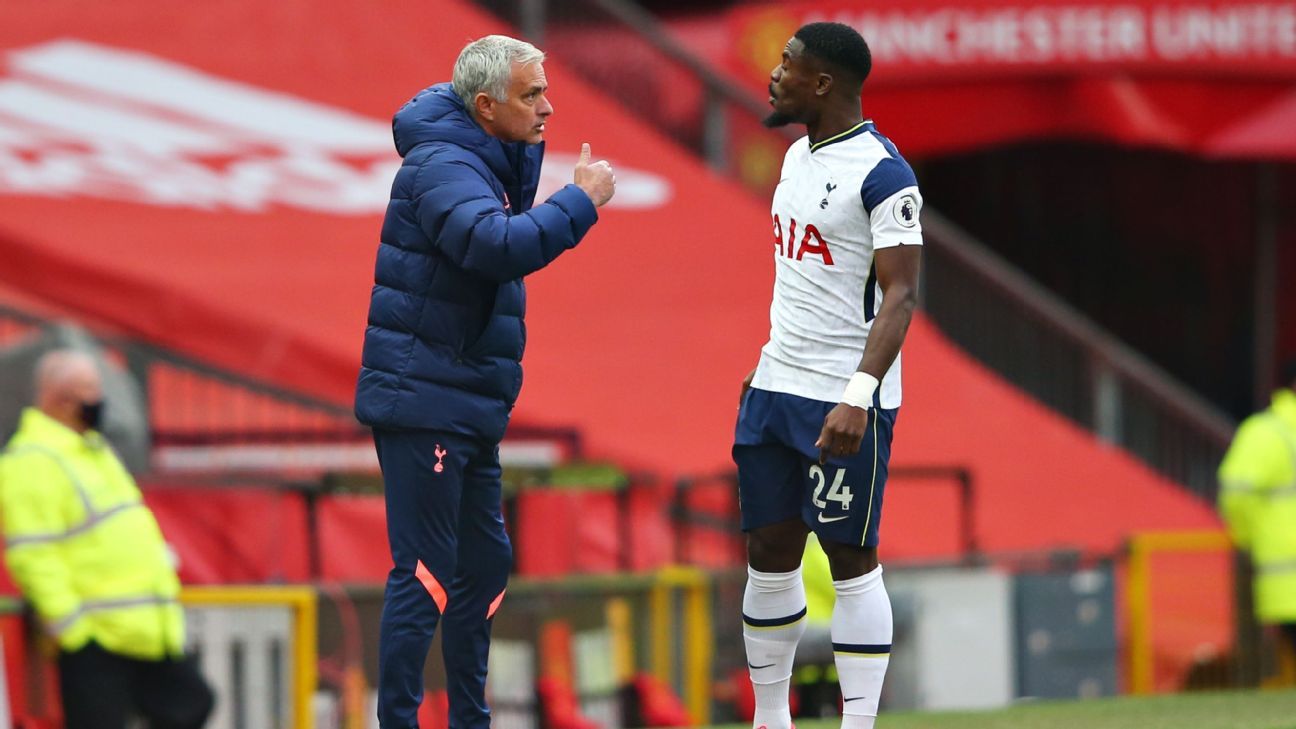 Serge Aurier left the Tottenham Hotspur Stadium at half-time on Thursday when his side were losing 1-0 to Liverpool after a bust-up with manager Jose Mourinho in the dressing room, sources have told ESPN.

Tottenham conceded four minutes into injury time at the end of the first half when Sadio Mane crossed the ball to Roberto Firmino, who ended Liverpool’s barren run of 482 minutes without a league goal.

Sources have told ESPN that Aurier was furious when Mourinho singled him out for criticism regarding the goal in the dressing room. Other players were also involved, with Eric Dier and Joe Rodon criticsed for their role in the goal.

Aurier engaged in a heated exchange with Mourinho, according to ESPN sources, and when Mourinho decided to substitute him before the start of the second half the Ivory Coast international decided to leave the stadium.

Sources added that some players felt the half-time chaos in the dressing room, as well as Harry Kane‘s injury and the change of tactics, were among the reasons why Trent Alexander-Arnold scored just two minutes into the second half.

Mourinho addressed the situation after the game and said it was reflective of a team who were unhappy to be losing.

“It was the mood of team that was difficult to accept you are losing,” he added.

“It’s difficult to accept the nature of the goal because the goal is in some aspects a replica of the chance they had in the first minute. So it’s, of course, a mood where people is not happy.”