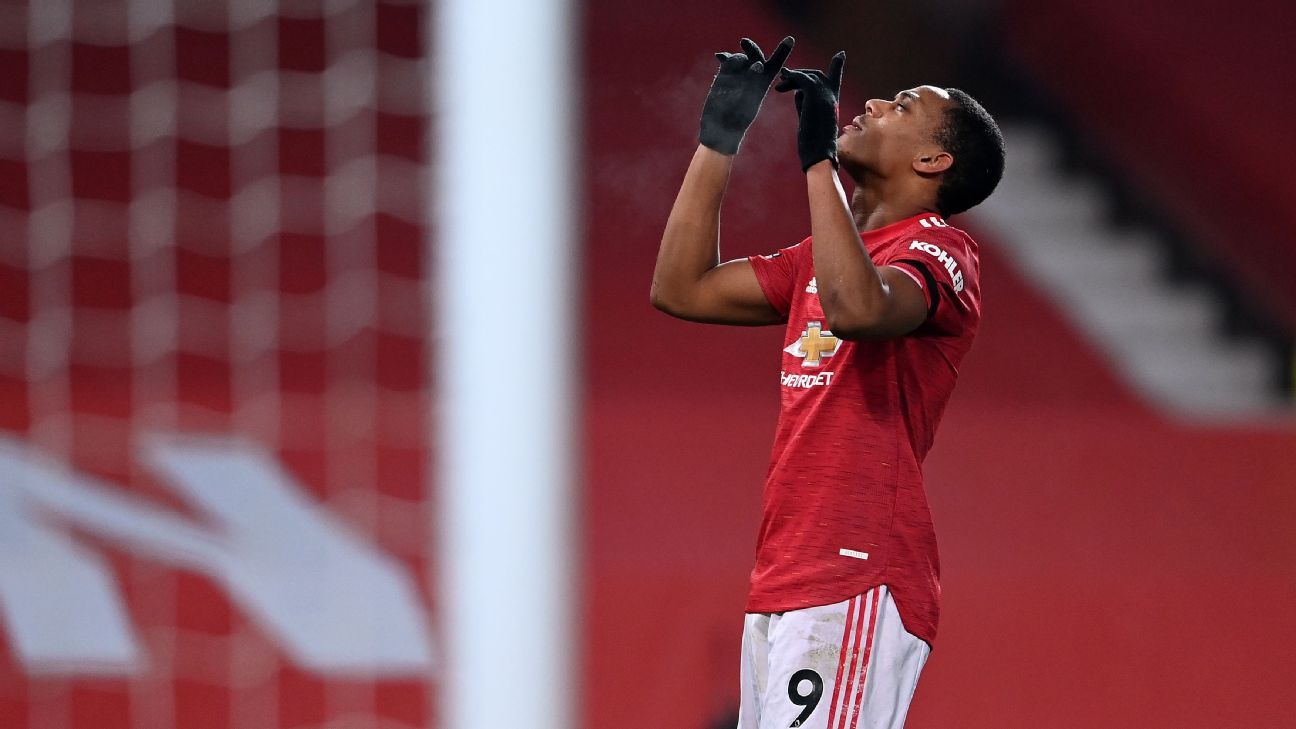 The French striker scored 23 goals in all competitions last season but has managed just five this term with only two coming in the Premier League.

Martial hasn’t scored since Jan. 1 but Solskjaer is confident the 25-year-old will start scoring again soon.

“His talent will always take him through,” Solskjaer told a news conference on Friday.

“I’ve got no doubt about that whatsoever. Yes, he’s missed a couple of chances but that happens to everyone. It’s just being ready when the chance comes. Just be mentally ready. Don’t be frustrated. I’ve been there myself going through patches when you don’t really score goals.

“He keeps practicing in training so we know how good he is and we know he will come good.”

United travel to Arsenal on Saturday looking to bounce back from the shock defeat to Sheffield United on Wednesday.

Gab Marcotti explains why Paul Pogba staying at Man United would be a huge coup for Ole Gunnar Solskjaer.

The 2-1 loss at Old Trafford meant United surrendered top spot in the Premier League table to Manchester City and the Norwegian believes Pep Guardiola’s team are favourites after a run of 11 wins in a row in all competitions.

“The champions will be the ones that play the best football consistently and at the moment Man City are running away with that consistency,” said Solskjaer.

“They’re going through a very good period but that might change, who knows.