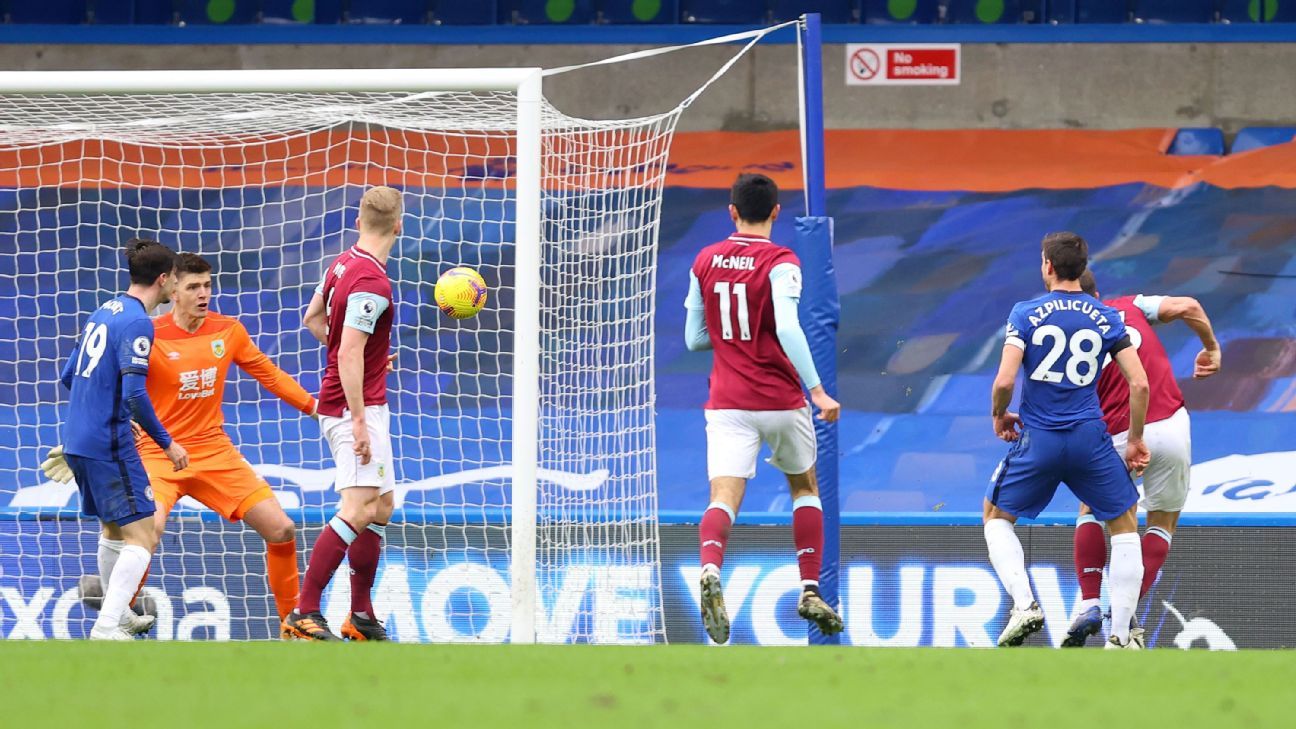 Chelsea captain Cesar Azpilicueta scored his first goal this season as Thomas Tuchel marked his first win in charge with a 2-0 victory over Burnley at Stamford Bridge on Sunday.

Marcos Alonso added the second in the final 10 minutes with a brilliant piece of skill from a tight angle.

The result helps Chelsea climb into seventh place while Burnley are 15th.

Azpilicueta, 31, opened the scoring five minutes before half-time with a deflected shot. Callum Hudson-Odoi had the option to shoot but instead chose to cross the ball to his captain who slotted home.

“It was a good performance, I think. We controlled the game, moved the ball, created chances, defenced well,” Azpilicueta said after the game.

“It was a solid performance, a good start. We have to keep working and improving.”

Hudson-Odoi had two good chances in the second half to grab goals of his own with the post and Nick Pope just denying him.

Christian Pulisic, on as a substitute at half-time, should have made it 2-0 on 70 minutes when Hudson-Odoi crossed the ball to him in the box from the right but the USMNT star curled his shot wide.

Chelsea’s second goal came on 83 minutes when Alonso chested the ball onto his foot and volleyed it into the goal from a tight angle.

“Very pleased with the performance and very important to win,” Tuchel said after the game.

“It gives us confidence otherwise you have to convince players you’re on the right track. Defensively and offensively it was very good. We controlled the match completely never lost our intensity and awareness.

“It should be a signal to our guys upfront that two defensive guys scored. We will work on this because we had a lot of touches in the box, a lot of deliveries. But in the end I couldn’t care less than we scored through Marcos and Azpi.”