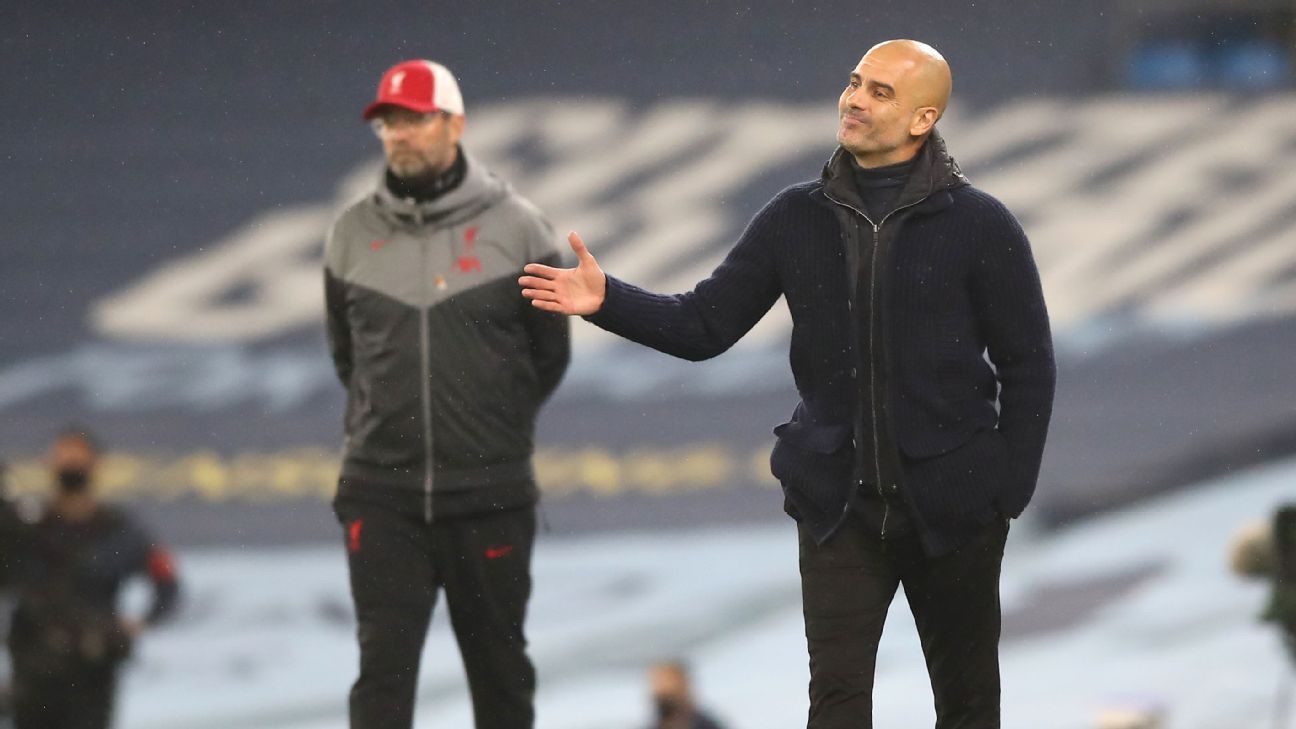 Liverpool manager Jurgen Klopp has warned that Manchester City could “run away” with the Premier League title this season.

Pep Guardiola’s side sit at the top of the table after winning 10 out of their previous 12 league matches.

City are the ninth different side to lead the league this season but Klopp believes that they have hit form at the right time.

When asked in a news conference whether this season could produce the most exciting title race, Klopp replied: “[It] could be but City could run away now as they are in a good position, playing good football again but I don’t know.

“What we’ve seen is that it’s a difficult season for all teams maybe apart from West Ham and Leicester who look pretty good as well.

“There are a lot of teams who look good but we’ve all had our ups and downs during the season for different reasons.

“It’s for sure a year where you need to be lucky with injuries to be really on top of the things, more so than in other years because of the intensity and the amount of games in a specific period. But I can imagine that watching from outside is really exciting especially for neutrals.”

Liverpool have suffered a number of injuries defensively this season with Klopp confirming that Joe Gomez is unlikely to feature again this season while Fabinho could return for the clash against City at Anfield on Feb. 7.

Jordan Henderson has been used as a central defender for the majority of the season and Klopp praised the club captain for his contributions.

When asked whether Henderson could become a defender during the latter stages of his career, Klopp answered: “We should not forget that Hendo’s actually a No. 8.

“I wish him a long career as well and I wish that he has a word in which position he will finish his career but centre-half is one of the positions he can play. Thankfully for us, he can play that and it was a good game [at Tottenham].

“What makes it so exciting is that his football skills makes him very influential in our build up as well which helps as he had a big hand in the first goal.”